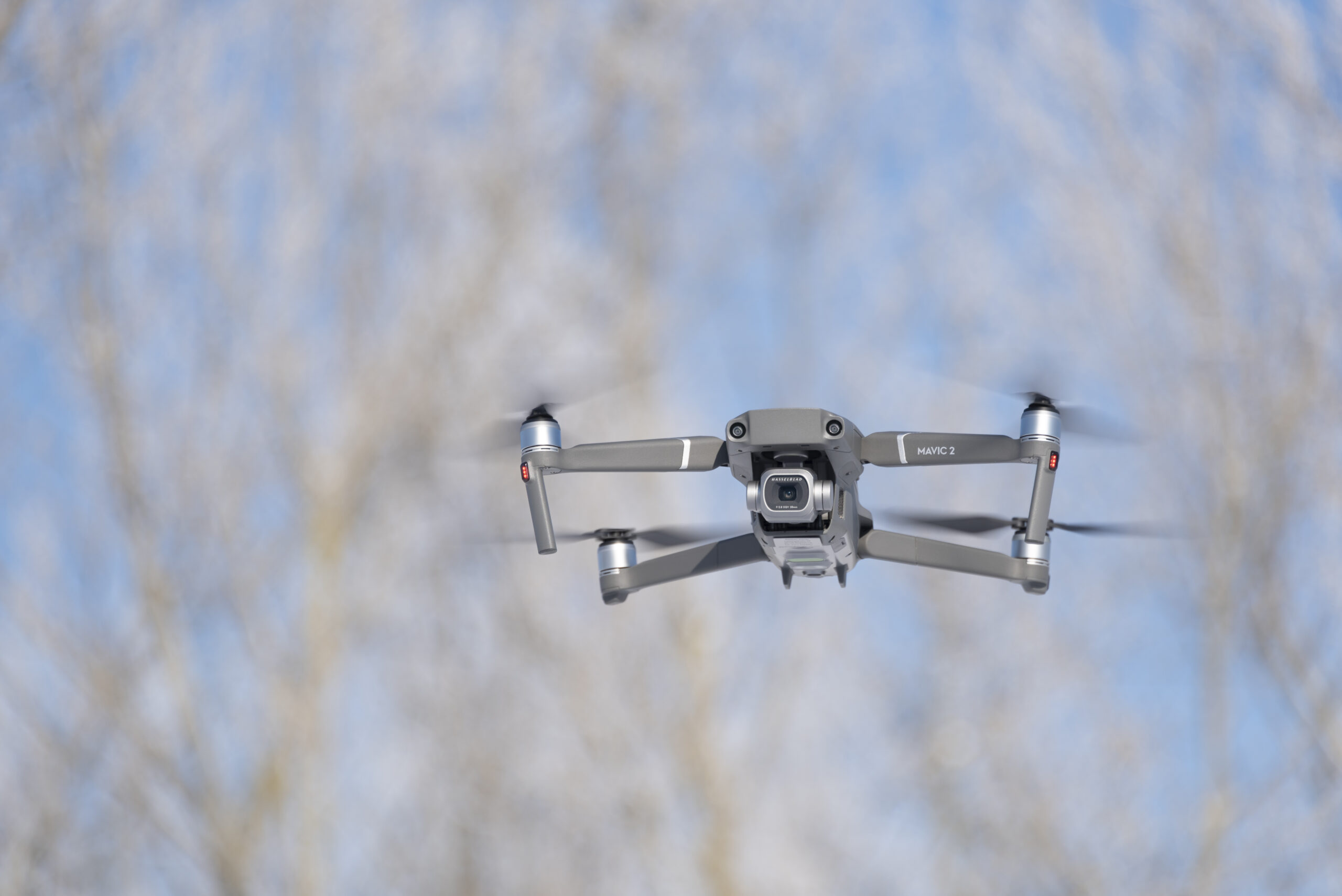 South Africa’s military is unprepared for the fourth industrial revolution (4IR) but there are several opportunities to be taken advantage of. This will require a broadened understanding of national security given the increasingly blurred lines between civilian and battleground contexts.

Governments worldwide are engaged in economic policies meant to curb the shocks of widespread automation due to the 4IR. In their strategies, countries such as India, South Korea and Japan seek to ensure that smart factories are safe and efficient, while the EU has also led in terms of developing the ethics and other emerging technologies that will guide the deployment of artificial intelligence (AI).

Alongside this work, however, is an infusion of AI into military systems and scenarios by advanced countries with leading militaries. No country can hope to modernise without integrating AI into its systems. More crucially, all plans are made in anticipation of the advances being made by other countries and non-state actors who may be tomorrow’s adversaries. AI will be crucial in the analysis and prediction of factors in conflict situations and evaluation of terrain once deployments have been made. Automation in manufacturing of equipment in smart factories will also be a differentiator once conflicts break out.

Other emerging technologies that will define the 4IR and have an impact on national security are blockchain and robotics. Blockchain, through cryptocurrencies, will increasingly play a role in the illicit funding of operations, including terrorism and transnational crime. Some analysts also foresee a future in which robots will exclusively be deployed to fight one another by rival armies. We have not reached this stage; drones are still directed by officials in command-and-control centres.

The situation in South Africa

South Africa’s military capabilities have increasingly come under question, both domestically and by potential adversaries from outside. Internally, defence analyst Helmoed-Römer Heitman observed in early 2020 that the South African National Defence Force (SANDF) does not have sufficient infantry units capable of handling and sustaining contingencies outside of deployments along the country’s border and in the Democratic Republic of the Congo. Further, its equipment, while remarkable in some respects, is mostly outdated (with equipment going back to the 1990s and 1980s and even the 1960s).

There have been reports of fuel shortages for the SAS Amatola, widely regarded as the South African Navy’s most powerful frigate. Furthermore, South Africa lacks the air defence systems that are the hallmark of modern militaries. The department of defence’s (DOD) own presentation to parliament in May 2020 reported that it suffers from “a force imbalance, unaffordability of [its] main operating systems, and an inability to meet current standing defence commitments”.

In a 2019 interview with the Mail & Guardian, secretary of defence Dr Sam Gulube described the budget cuts experienced in that year as “a disaster.” In the 2019 estimate, the department stated that the budget of R50-billion was only about half of what it needed to perform its basic functions, namely guarding the borders and oceans and responding to disasters.

This is a long-standing crisis. Already in 2014, then minister of defence Nosiviwe Mapisa-Nqakula had noted that an “inadequate” 1.1% of South Africa’s gross GDP was allocated to defence spending, less than the 2% average normally allocated by developing countries at peace.

Other African countries at peace have higher budgets: Algeria’s stood at 4.6% of GDP, Angola’s at 5.8% and Namibia’s at 3.2%. In its 2014 review, the department stated that it aimed to “reorganise and rebalance the defence force” by the year 2018 and in so doing pave the way for the creation of a sustainable defence force by 2023 and to realise the end goal of enhanced capabilities able to respond to “emerging threats” by the year 2028. Slow implementation of the first two goals means slowness in reaching the third.

Attacks from outside and within

From the outside, one example will suffice. On 6 July 2020, ISIS insurgents in Mozambique threatened retaliatory action against South Africa if it intervened against its presence in the Cabo Delgado province of that country. The terror group also saw fit to taunt the country’s economic situation, hinting that any proactiveness by South Africa would “bring the country to its knees”.

Noticeably, South Africa’s global terrorism index score (in which a score of 4 and upwards indicates vulnerability to terrorism) has been growing in recent years – moving from 3.04 in 2014 to 4.35 in 2020. All the while, more than 13 000 cyberattacks and attempted attacks are estimated to take place within South Africa daily.

There are some bright spots which can serve as a basis for South Africa’s military preparedness in the 4IR. For example, in the DRC, the South African Air Force has deployed the Rooivalk helicopters, which proved effective in halting the advance of M22 rebels in 2015. The helicopter is South African-made and ranks as one of the toughest in the world. But it is aging.

South Africa’s defence apparatus had a keen role in research and development in the latter half of the apartheid regime. The regime’s militaristic orientation encouraged some innovation, most symbolised by the attainment of nuclear status in the late 1970s.

But there were other achievements on the military hardware front. Armscor (the Armaments Corporation of South Africa), the 1968-established arms production parastatal, accounted for 9% of South Africa’s total manufacturing in the 1980s and was the only area of growth in manufacturing. This placed South Africa 10th in the world in arms manufacturing by 1989.

This was aided by the close interaction between the military and government-affiliated research entities, especially the Council for Scientific and Industrial Research and the Industrial Development Corporation. Some 2% of the military’s own budget went towards research and development.

However, South Africa’s inward orientation and semi-isolated global status were its downfall: it caused a limited reach in the international market, while more advanced weaponry was being produced elsewhere.

The defence budget increased nominally by 4.52% but only increased by 0.11% in real terms (accounting for inflation) over the 2020-21 term. The research and development (R&D) division, however, has shown capacity. In its 2020 budget vote (5 and 6 May 2020) on the DOD and its entities (the Castle Control Board and Armscor), the portfolio committee on defence and military veterans found that the division met its “service delivery performance targets” on defence technology and research, scoring 100% in this regard.

And although members of the portfolio committee expressed some concern that there was potential duplication of functions between Armscor and the CSIR, it was decided that the defence-related R&D should be exclusively at the discharge of the DOD’s board on R&D, which is tasked precisely with circumventing such a duplication.

It is not clear, however, how much synergy there is between these two important bodies and how much they are 4IR-ready. Moreover, there is substantial (possibly more) defence R&D capacity in the private sector.

Per the Presidential Commission on the Fourth Industrial Revolution’s recommendations, there should be more collaboration between the two spheres. Although it made these recommendations in the context of employment creation and closing the skills gap, this also applies to national security. In China, Israel, South Korea and the US and many other countries, substantial cooperation is seen between private firms and their governments. As with all matters relating to 4IR-readiness, a whole-of-society approach is needed here as well.

The Covid-19 pandemic has offered an opportunity for renewed thinking around the role militaries can play in defence as well as in research in light of the evolving threats to national security, as well as the importance of technology.

Underwhelmingly though, in order to trim expenses, the DOD suspended activities such as training and development. And although the May 2020 meeting of the portfolio committee noted the important role of Armscor in terms of its R&D capability in “assisting South Africa during the Covid-19 pandemic,” it set the rather low aim of “involvement in the domestic development and manufacturing of ventilators, testing of protective equipment by Protechnik Laboratories and the conducting of Covid-19 tests.”

While this is indicative of a refreshing understanding of the interconnectedness of threats in the modern world – and thus the need for an expanded definition of military readiness – it needs to be broader and encompass all forms of readiness in the 4IR.

We need a defence scientist

Despite its coy outward orientation, the DOD has shown capacity for reflection. In the 2014 Defence Review, it recognised the need for a defence scientist, who would have a broad array of responsibilities over defence research and would be specifically responsible for the “definition, establishment and maintenance of defence R&D requirements”. Additionally, it was recognised that “he or she would be expected to have a tight focus on these concerns to avoid duplication of research efforts, capacities and capabilities, and thereby avoid wasting resources. The defence scientist would also determine what technology areas would be prioritised.”

This office has not yet materialised, however.

This technological gap is potentially widened by the demographic profile of the DOD: the average age in the South African Army is roughly 40 years old; the international average is closer to 30. Some studies also lament the media-shyness of the DOD, the role of workers’ unions in fostering mediocrity among staff through virtual job security, as well as a focus on retirement on the part of senior officers. These factors suppress a potential culture of innovation.

A military news periodical has observed that the DOD has even had issues maintaining its website. For example, in late 2020 the website of the SA Army and the SA Military Health Services had 2018-dated posts as their most recent. This makes it especially disconnected given the outbreak of Covid-19 and the prominent role of both divisions in the fight against its spread. Likewise, the SA Navy’s online portal still contained information of an upcoming tri-nation exercise scheduled for September 2020, despite the occasion having been postponed due to the coronavirus outbreak.

This misalignment carries over to other aspects of maintenance. Indeed, according to a 2017 study by University of Stellenbosch’s professor Abel Esterhuyse, some 80% of the DOD’s budget is used for costs related to personnel. That leaves little for the acquisition of new equipment or the maintenance of those already acquired.

Section 200(2) of the Constitution tasks the DOD with the mandate of defending and protecting the country, its territorial integrity and its people in accordance with the Constitution and principles of international law. In a 4IR context, which coincides with what has been labelled as “fourth generation warfare”, national security is evolving and no longer defined by clearly demarcated battlelines. Preparedness on all fronts, including at home, is crucial.