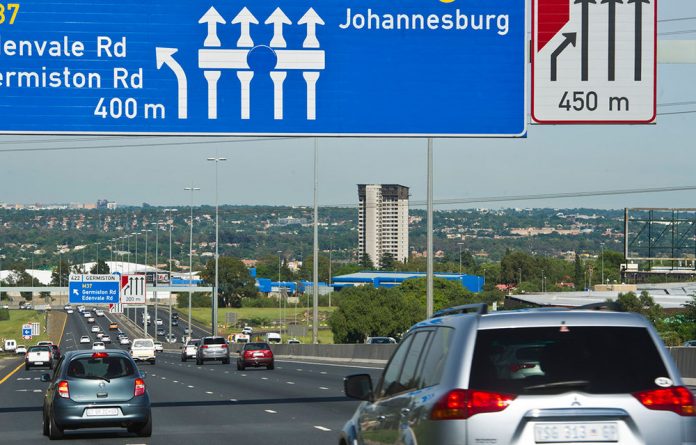 Some call it sauce. Others call it “that thing”. Call it what you like but South Africans have it in bucketloads. It is that je ne sais quoi to take even the crudest of behaviours to new levels.

SA is an unequal society and some of its citizens have no qualms showing how comfortable they are in this high level of inequality. Nowhere is this audacity more clearly on display than on our roads.

This sort of obnoxious behaviour is at its prime in the display of the letter “L” on the back of an out-the-box Porsche or BMW SUV – or whichever other luxury car that comes with a seven-figure price tag. Those who really want to send the message home put the L-sign up on a lavish car that doesn’t have its licence plate yet (just that temporary piece of paper stuck on the back window). Both sides of the windscreen are therefore doing some serious flexing on the road, as the Z-generation would say.

What this sign really does, however, is to draw attention to the driver and the mostly missing passenger (a necessary accompaniment to the L sign) and disrupt traffic wherever the car goes.

Taxis drivers, who are the only motorists with more chutzpah, are often only too happy to entertain it, what with their zig-zagging to zip past the car and get a good view of the driver and, if traffic permits, even offer a few words of admiration, buoyed by the passengers.

Prepare for a power display should another luxury car see the offence of stealing all the limelight being committed by  the “learner driver”. After all, these drivers do not spend a couple of million on a vehicle only to come second on the road because someone thought of a tackier way to get more attention. Usually a battle of the supercars ensues, despite the next robot or a stop sign.

It is not a pretty sight; the driver with the learner sign has an unfair advantage as far as his supercar compatriots are concerned because, even before the infamous racing that is sure to ensue, whoever is driving the car with the “L” sign has already declared an uncomfortable fact for all road users; but especially for those in that price bracket. And that fact is; that car, someone’s dream car, is being used for driving lessons.

Interestingly, a study by the University of Helsinki in Finland provides some insight into the personality of people who drive high-status cars.  The study – which was first published last December made headlines in the early part of this year in Europe because of the backlash the authors of the study received from drivers of said flashy cars. The study found that self-centred men who are argumentative, stubborn, disagreeable and unempathetic are more likely to own a high-status car such as an Audi, BMW or Mercedes-Benz.

Professor of social psychology and the lead author of the study Jan-Erik Lönnqvist noticed that the drivers who were “most likely to run a red light; not give way to pedestrians; and generally drive recklessly and too fast were often the ones driving fast German cars”.

To further probe this behaviour, Lönnqvist created a personality test of Finnish car owners dealing with questions about their cars, consumption habits, wealth and personality traits. A total of 1 892 motorists responded to the survey. The answers were analysed using a framework for assessing personality traits in five key areas, namely openness, conscientiousness, neuroticism, extraversion, agreeableness.

But it is not only men, “conscientious people” of all genders were also particularly likely to drive high‐status cars. The research describes a conscientious person as respectable, ambitious, reliable and well-organised. This person also takes care of themselves and their health and often performs well at work.

“These personality traits explain the desire to own high-status products, and the same traits also explain why such people break traffic regulations more frequently than others,” said Lönnqvist to the Nordic Welfare newsletter.

As part of the reasons for the behaviour of the flashy car drivers, the US study quoted research conducted in 2009 which found that wealth is associated with more unethical behaviour.

The 2009 study concluded that “greater wealth enables individuals more control over their life and a greater sense of self-focus”.

With speeding supercars sharing the same roads as jalopies, alcohol consumption, cell phone use and corrupt traffic officials added to the mix, it is no wonder South Africa has one of the highest road fatality rates in the world.

According to the Road Traffic Management Corporation there were 12 503 deaths on South African roads last year, a majority of which involved pedestrians and passengers. The corporation’s report also shows that most of the car accidents that occur in South Africa could have been prevented.

It is tragic that though the high number of accidents involved light vehicles and delivery vehicles, it is pedestrians and passengers who make up the majority of the casualties.

This further emphasises how even road accidents highlight inequality, with breadwinners — and young people who had great potential to change their family circumstances — ending up as victims of car crashes.

Drivers who are distracted, either by cellphones, eating or applying make-up, are among the top causes of accidents on SA’s roads. Distraction causes chaos on the road. Drunk driving, speeding, reckless driving, J-walking, weather conditions, poor road conditions and vehicle faults are some of the other top causes of road accidents.

South Africa cannot afford the additional burden on the road brought about by people who put others at risk, causing distraction, just to get an ego boost. And judging by the road statistics it is not even people who are driving who are the most affected by car accidents. The majority of people who die on South Africa’s roads are not behind the wheel of the cars involved in crashes.