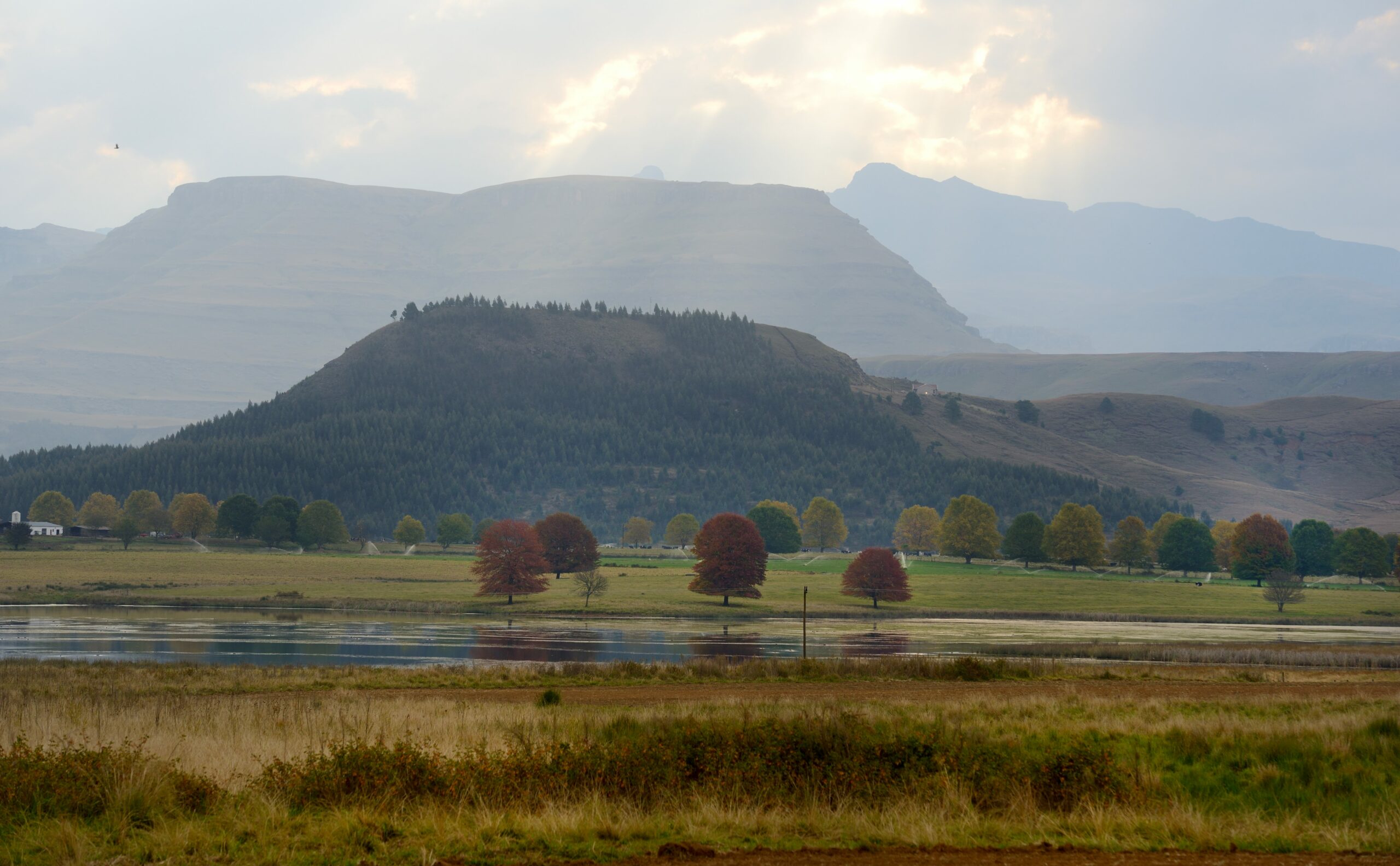 A growing number of people are noticing hearing loss during Covid-19, yet another strange symptom seemingly unconnected to a respiratory illness.

Still, we know that those infected are as likely to lose their sense of smell and taste or suffer from Covid-Toe as they are to contract conjunctivitis! So why not impaired hearing?

My fear was that my super-sensitivity to sound meant I’d been exposed to the virus. I wasn’t. But I do have ear problems and am constantly in search of the solace of silence.

A few weeks ago a friend asked if I’d like to house sit while she and her partner headed off to the Drakensberg for four days of fun.

After I’d bristled with FOMO, I agreed. It seemed a no-brainer. She lives in a beautiful home in the suburbs, with wide-open spaces. Well, more open spaces than my 117-square-metre apartment that I’ve been cooped up in since we went into lockdown.

My friend is also an avid gardener and so the thought of having access to the magnificence of her roses and beds of salvia and lavender was inviting.

Also, being able to walk barefoot on her pristine, sharp-edged lawn and sit on the wooden bench under a tangle of greenery that forms a shady canopy at the garden’s best vantage point was tantalising.

The garden is a room filled with topiaried bushes that air plants effortlessly hang off. The most tempting thing about the house is a supersized patio, from which to survey this kingdom of natural splendour. It’s where you sit, gazing into the middle distance while the winter sun creeps slowly towards the house, creating long, then short, then long again shadows.

These dark shapes on the lawn and the patio give no hint of gloom; they are just silhouettes of the shaped-tree pompoms and the occasional butterfly or bumblebee flitting across the gardenscape.

And yet, it was not just the promise of this enchantment that had me agreeing to sit this house. It was the thought of silence, of quietude filled with stillness, a balm for nerves run jagged by the never-ending din that is city life.

You see, I live in an apartment on a busy street.

It’s a fishbowl, really, with windows to the north from which to watch the world go by. And watch I do. Only the world watches back, aggressively. I am a Great White Shark (if there are caramel-coloured sharks, that is what I would be) in a tank, a spectacle every passerby can spy on.

Most people have the good grace to look, see me, then pretend that they haven’t.

Everyone, that is, except the security guards who prowl around my block; on whom I rely to keep me safe.

This crew of mostly men find me an impelling curiosity and take pleasure in greeting me as I throw open my bedroom curtains at dawn.

Turn away, I plead with my freshly opened eyes. They do not.

No matter that I am unclothed; no matter that I have bed hair and morning breath and a middle-aged face where night creases leave deep ridges that run ear to chin.

They take this inopportune moment to greet me: a wide smile that I often take for a smirk; a hand raised in greeting, or rebuke, an acknowledgement of my tardiness or comfort while they stand out in the morning freeze.

I can hear them in my head thinking: “We are protecting this?”

Thus begins my day, my day of noise; of incessant clamouring and crashing and clattering and clashing. All day long I am subjected to sounds that jar and jangle nerves, an unsettling hullabaloo.

Adjacent to my apartment, situated as it is at the very end of my block, is a lean-to that houses all 17 of our building’s wheelie bins.

At an ungodly hour on Tuesday mornings, these big black rubbish bins that hold our trash are trundled out of their dwelling place by three of the blue uniformed building staff.

The sound they make as they screech across the tar of our courtyard is akin to an iron glove being dragged across a chalkboard.

Because the noise is so loud the men moving these rubbish bins have to shout to be heard. So there’s that noise too.

The yelling continues all day as they communicate at high volume with each other in the echo chamber courtyard.

There’s no respite in my bedroom, directly over the garage that lets residents into and out of our building.

The gate, though I have oiled it more often than an Indian bride her hair, squeaks, groans and shudders as it opens.

One midnight reveller wakes me most nights. I do not rise from my bed to identify the late homecomer. I fear the temptation to slip a threatening note under his or her door would be too great if I knew.

Add to that traffic noise on my busy thoroughfare, the early morning chatter of joggers and cyclists, loud boom-box music as young men (always men) make their way to work … it’s a cacophony.

A few quiet days in a suburban neighbourhood far from the madding crowd sounded glorious.

Except there is no such thing as quiet in this (any?) city.

Sitting on that idyllic patio, writing this, I am surrounded by noise as bad as — possibly worse — than that I am forced to endure in my apartment.

There’s the pool with its Kreepy Krauly/water filtration hum, a steady white-noise buzz that blurs out pristine silence — the kind you find inside noise-cancelling headphones.

The hadedas, those prehistoric birds with their pointy snouts, are known to be nature’s noisiest birds because, well, they are. The screech of these ibises, collectively known as a congregation or wedge, is unimaginably loud. My thoughts turn to pellet guns and catties.

Then the barking starts — the sharp yapping of an unseen small dog behind a tall wall followed by the loud, deep baritone of a large dog behind a hedgerow.

Someone in the distance is mowing a lawn, closer a leaf blower drones its high-pitched whine. A construction site three houses down is taking delivery of a barrel of concrete, the grinding sound of the rotating delivery drum almost drowned out by a jackhammer breaking up a concrete driveway.

The man next door, sweeping up autumnal leaves, sings the chorus of a ditty over and over again until it is a lament, a dirge that I am sure must soon bring him to tears.

It’s more than I can bear, and yet, there is no escape from it.

A few months ago, even before hearing loss due to Covid-19 became a thing, I thought it was time to discover why sound made me angry enough to cry.

What was wrong with my ears?

There’s something wrong with my ears, I told the audiologist who looked like a schoolgirl. Everyone looks too young to me, including presidents of countries. It’s a factor of age, which is precisely what the young woman peering into my ears told me.

Age-related hearing loss with complications, she put on the form — expressing concern that my ears are deteriorating at different levels, which was not good.

The ear, nose and throat chap who would determine whether my impaired hearing — which makes me super sensitive to sound — was caused by a tumour lurking somewhere in my head clucked and ordered tests.

More loud noise in an MRI tube removed any doubt that there was a tumour while proving that my brain was in good shape. Literally. You have a good-looking brain, the specialist said. I sent a self-congratulatory thought to myself.

When I was little, I lived in terror of making a noise. My mother was a chronic headache sufferer and we, her family, were constantly being told to be quiet.

Ssssshhhhh. The sound most heard in the Naidoo household.

To this day I hate being shushed. Even my lovely dad had to whisper to soften the deep timbre of his voice.

I wondered out loud if this fear of noise — phonophobia it’s called in medical circles — was the reason for my noise sensitivity.

The ENT clucked some more, pronouncing that the deterioration in the left ear has been caused by the chemotherapy treatment I underwent for breast cancer in 2013.

In the 1966 song The Sound of Silence Simon and Garfunkel said: “Fools, said I, you do not know; silence like a cancer grows.”

In my case the cancer grew the silence.

I will need a hearing aid, but for now I continue to shout at news announcers on television for not speaking up, rather like my mother did when I was a child and mumbled, before I was told to be quiet because I talked too loudly.

I also berate birds for twittering noisily and yell at the world in general for being out of sync with my ears.

My consolation is that I don’t have Covid.

Published in General, Health and Lifestyle