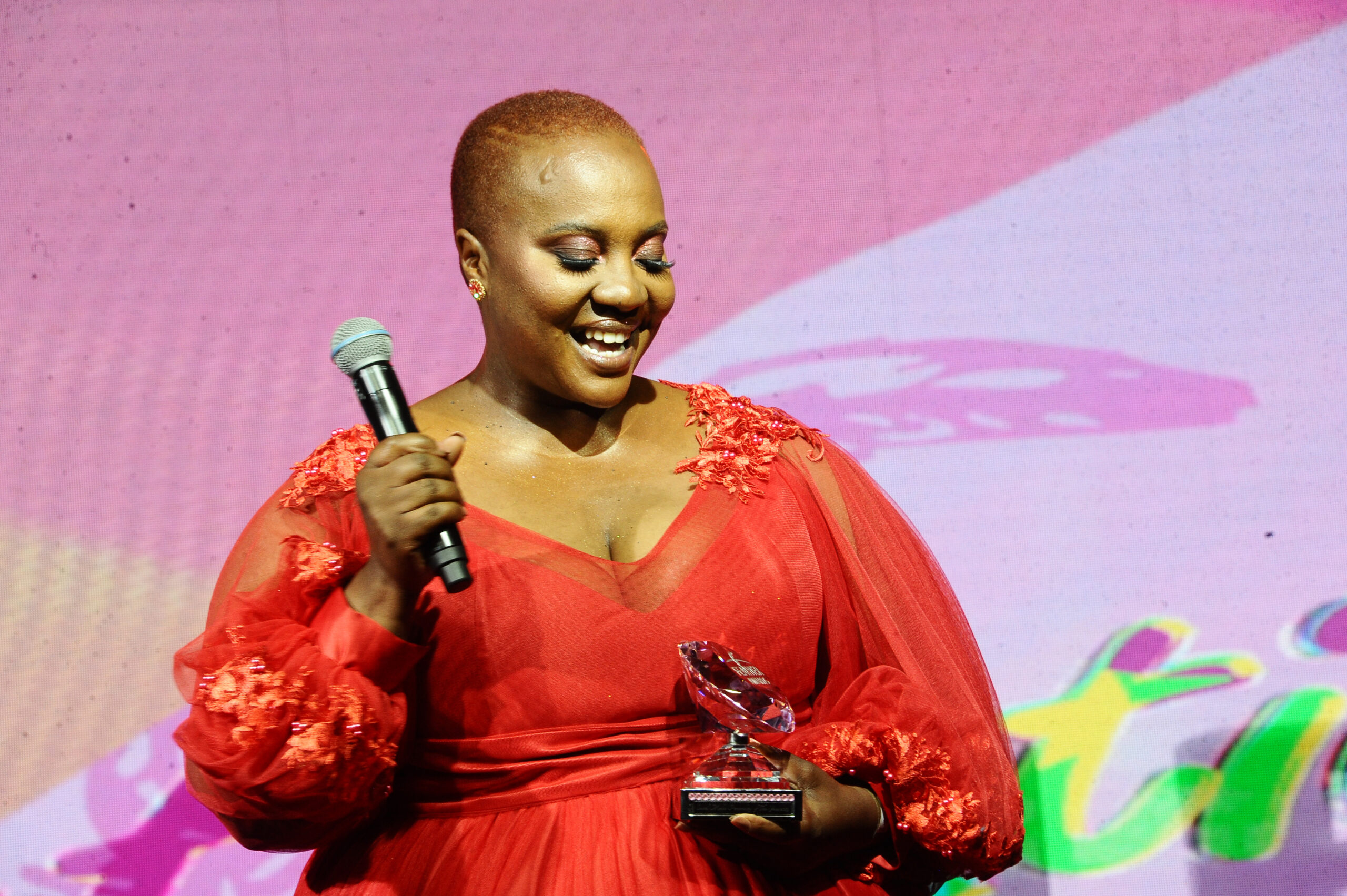 “How now brown cow?” I assume is one of the phrases many British children who are now adults learnt in the early years of their schooling. Sindisiwe Mahamba-Sithole learnt it at a private school in Harare, Zimbabwe, an inheritance of the British system of education.

Sindisiwe and I were students in the biological sciences and living in the same women’s residence, Huis Erika, at the University of Pretoria (UP) in the late 1990s. The phrase was a witty form of greeting between us, intended to make us laugh. Imagine a white woman teacher reciting the phrase to an audience of little black learners, all eager to go on, excited, keen to learn? We laughed at this and other unwitting absurdities of postcolonial education that brought black and white together.

The next phase of her educational trajectory brought her into a situation in South Africa where the enterprise of mixed education was only beginning. It is impossible to reflect on the life of the HIV clinician, dubbed the “people’s doctor”, and her many achievements in public health and broadcasting, without considering this institutional history of post-apartheid South Africa.

UP had been a “whites only” university since its founding in 1908. By the time it opened its doors to its first cohorts of black and other students of colour in the early 1990s, it was the largest residential university in South Africa, where teaching and learning took place exclusively in Afrikaans.

In the hands of the state, a creole language that had developed from an amalgamation of frontier dialects in the Cape, and still spoken by many people in the country — black, brown and white, had become an instrument of racial exclusion. When she started her degree, one of her two majors, human physiology, was taught in Afrikaans only, although students could write assessments in English. I still remember that “suurstof” is the Afrikaans word for oxygen. I had 10 years of learning Afrikaans at school as a second language, but my friend could not understand a single word when she first started. I recall her bilingual dictionary, and there was a textbook, but now, more than two decades later, I cannot conceive that it would have been enough — but we were young then, and very determined.

“Transformation” was the catchphrase towards legal and other frameworks that would somehow put racism behind us. Remember the time we still referred to ourselves as the “rainbow nation”? We have rich ethnographic studies of the experience of racial integration at learning institutions, mostly primary and secondary schools, but also universities such as UP, which had to introduce white students to a new and growing demography of their black counterparts. In 2006, I contributed to one such ethnographical study in my book, Post-Apartheid Transformation: Race in a Student Community in Pretoria. Overall, the literature about transformation at such schools and universities during those 20 years relays black students’ frustration with the slow pace of institutional culture change, and even various forms of violence.

How did a young black woman, who had grown up mostly in Zimbabwe, find her wings in these circumstances and establish a launching pad for her extraordinary career in medicine, radio and social activism?

It was while at UP that she trained as a doctor, learnt to be a DJ at Radio Tuks, later moved in circles of Christian campus ministry and married a white man, Afrikaans-speaking Marinus van Zyl.

Looking back to our 20s at UP, now soberly in the surreal aftermath of our losing her to Covid-19, a memory of her life suggests a capacity for connectedness as her paramount strength. She would harness this capacity to assemble a social infrastructure that provided healthcare and information about well-being.

My recollection of how we spent our time, of the people we knew, of the motivations and small, unplanned incidents that affected our vocational pursuits, that period of post-apartheid transformation now presents itself to me in a different light.

There was more going on than the critical conclusion of my analysis at the time — there was a lot of fluidity and movement. Our Dr van Zyl was on the coalface of these shifts in sensibility that were taking place at UP and similar institutions, despite the uncomfortable record of racial tension.

She was among that first generation of black women with whom white, Afrikaans-speaking women had to share kitchens and bathtubs in post-apartheid South Africa, although Huis Erika never went as far then as to allow black and white to share a room. White women were already with black women in their intimate spaces but not as equals, not as peers holding the same legal status.

On the one hand, Van Zyl’s story reveals extraordinary agency, the freedom to be in charge of a world not of one’s own making, while on the other, it suggests that the racial entanglements of post- apartheid South Africa during those first 20 years held more possibilities than are evident in our record of analysis, including in my own.

In 2001, sociologist Deborah Posel pointed to the inescapable ubiquity of race in post-apartheid South Africa. The categories black, white, coloured, Indian had to remain in place and visible to do away with apartheid’s racial hierarchy. Thus, Van Zyl’s place in Huis Erika would have derived from the strict application of a quota system, meaning so many black people and so many white people.

One of the difficulties of sharing intimate spaces at UP with white people, one black woman relayed to me as I carried out my interviews at UP in 2005, was that “race is everywhere”. She preferred to live in racially segregated quarters because no interaction with a white neighbour was free of suspicion. For example, “Is she aloof because I am black, or is she simply introverted?” That uncertainty undermined trust. White women respondents felt the same way.

At UP, Van Zyl lived in mixed quarters with her charm and gravitas. In the hostel, our lives as her friends revolved around her centre, her laughter, her daring and vulnerability. But we were only a small ring in a galaxy of crisscrossing attachments, which included some of her white neighbours. At Radio Tuks, where she honed her voice and expertise as a DJ and radio personality, the listenership was primarily white, mostly Afrikaans-speaking, and she had a serious fan base, many of whom were young white men. It means they heard black American rapper Warren G’s hit single Regulate, featuring Nate Dogg, which she religiously had to play for me every time I sat with her in her studio.

In the early years of medical school, her faith compelled her into deeper involvement in religious life. Those circles of church and student ministry were also gaining momentum in processes of transformation, propelled by more open and inclusive understandings of the ecclesiastical community and a sharp Protestant edge that encouraged hard work and service to others in secular vocations as integral to piety.

Marinus van Zyl met her in these circles, and fell in love with her at church. Her bible was a gift from one of her neighbours at Huis Erika. That quiet blonde woman was studying to be a classical pianist, an accomplishment about which our friend was thrilled because she too had a love affair with the piano. She would sometimes creep away to the music rooms to play Beethoven’s Moonlight Sonata.

Such mixed living was never a perfect picture, not ever. It had some wounding moments, such as her dismay when the pews began to empty at her church. Many white congregants there, like so many of those mixed congregations in Pretoria, began to retreat to home churches and alternative platforms of worship. The church entered the fray of racialised culture wars, which still engulf institutions of higher learning in South Africa. The past was moving to overtake some significant gains through its usual tropes, such as paternalism and the still abundant euphemisms of race as culture.

It is not that she did not experience racism, or that she was oblivious to the dilemmas of South Africa’s past. Dr Sindisiwe van Zyl would not have become such a sophisticated social practitioner of medicine and an HIV clinician had that been the case.

The point is that she never accepted the world as an inheritance that is unchangeable, but as a possibility of connectedness to others. That was her profound gift and ingenuity, but that was also her location in a rigid, hypersensitive world that is stubborn to change, suspicious and unforgiving of people’s mistakes.

She found and created spaces that did not deny the political consequence of skin colouring, but did not make it determining. These she inhabited with aplomb. More than that, parts of her life story are evidence that we have indeed seen those deep structures of racial discrimination give way to a free spirit in our lifetime.

Her childhood and private school education gave her a strong start, but that is not always enough, certainly not as a black woman navigating a legacy of race in South Africa. She amplified her capacity, manufactured her “moreness”, from the resource of other lives — the public, her colleagues, friends, her family, her children, her husband. Consider the crisis of losing her at this moment, when Covid-19 reflects and heightens our disconnectedness from one another. It is a cruel separation.