When the first season of True Detective was broadcast — with Woody Harrelson and Matthew McConaughey as two detectives out to solve a case that seemed intractable in the extreme, with a gritty cinematic style and refusal to compromise itself for the sake of satisfying the usual Hollywood saccharine, sentimentalist demands regarding plot structure — I was hooked. Moreover, it had a noir-ish feel about it, and being a film noir fan, I eagerly awaited the second season.

However, my younger son, whose film tastes coincide with mine, reported that it featured a completely new cast and that it lacked the ‘mystery’ surrounding the crime in the first one, with the result that I gave it a miss. Recently, however, we had the opportunity to view it in our evening relaxation time, and although my life partner will not easily forgive me for drawing her into watching it, she admitted that it has all the hallmarks of an excellent, fully fledged film-noir series, albeit a very dark one.

Some time ago I published a paper on film noir in the American journal, Film and Philosophy, with the title ‘The logic of noir and the question of radical evil’, where I employed a distinction made by 18th-century philosopher, Immanuel Kant, between ‘radical evil’ and ‘diabolical evil’ (in his morally ‘dark’ book, Religion within the Limits of Reason Alone, of 1793). I did this to be able to distinguish between two corresponding types of film noir, one of which (the ‘radical evil’ type) holds out the hope that people's inclination towards evil can be resisted, while the other (the ‘diabolical evil’ kind), despairs of the possibility that humans can really resist evil.

By ‘radical evil’ Kant meant that the possibility of acting in evil ways is ‘rooted’ (‘radical’: from Latin for ‘root’) in human beings, that is, it is ineradicable, but he held out the hope that it may be resisted. On the other hand, ‘diabolical’ (‘devilish’) evil pervades humans so thoroughly that there is no possibility of resistance. If the latter is true, then the notion of ‘ethics’ would be superfluous, because it only makes sense where evil can be resisted. If we are truly devilish beings, no amount of moralising would suffice. 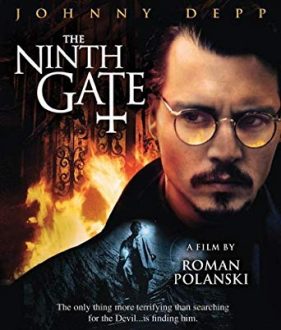 In the history of film noir, from the classic The Maltese Falcon (Huston 1941) to the spate of neo-noirs of recent times, I am glad to report that there are more of the ‘radical evil’ type noir films than the ‘diabolical evil’ sort — in other words, it reflects a belief, on the part of most filmmakers, that evil can be defied, even if it cannot finally be extirpated. There are some noir films, though, which are uncompromising in conveying their conviction, that evil is ‘diabolical’ and the human soul is so thoroughly drenched in evil that even the best-intentioned person will finally succumb to it. Roman Polanski’s work, for example, reflects this conviction, particularly his The Ninth Gate (1999), which features the devil ‘herself’, as a beautiful, irresistibly seductive woman.

Returning to True Detective (Season 2), I mentioned that it was ‘dark’ — even more so than the first and third seasons – and if it were not for the very last few scenes, where disgraced (but arguably morally upright) police detective Ani, one of the central characters, hands over the evidence necessary to indict corrupt police officers responsible for the death of many people, including her partner (for the sake of getting their hands on large amounts of money), I would not hesitate to classify it as a ‘diabolical’ evil kind of noir series.

The reason for this is that the rest of the narrative drives one to despair, given its relentless exposure of the evil deeds people perpetrate, even when all indications are that they intend the opposite. And the effect of living in a (fictional, but all too familiar) world where it seems that no one can be trusted, and that corruption surrounds one on all sides, shows itself in multiple symptomatic ways, for instance in the fact that several of the male characters can’t get it up — and when even macho men are emasculated to the point of impotence (i.e. powerlessness), it speaks volumes for the world in which they live.

I cannot reconstruct the whole of the convoluted, appropriately confusing narrative here — ‘appropriately confusing’, because film noir rests on the principle that life is not logical, nor rational, and that humans’ actions are driven by impulses even they don’t understand. Suffice it to say that, set in California, it revolves around five characters, whose lives become fatally intertwined through changing circumstances — casino owner Frank (who tries in vain to leave his criminal life behind), his wife, Jordan, psychologically compromised highway patrol cop Paul, and detectives Ray and Ani, both of whom grapple with their own private demons from previous traumas.

Frank tries to get into legitimate business, but loses all the money he put into a rail project through the murder of a corrupt city manager into whose accounts he deposited the money. He is forced to return to his criminal life, including drug trafficking, in an effort to recoup his money, but he is up against a vast, corrupt network of top police officers, businessmen and ruthless ‘Mafia’ groups. Although Jordan, who would like a child, is aghast at Frank’s decision, she remains loyal to him.

In the course of a police raid led by herself, Ani discovers her sister’s involvement in a prostitution racket that benefits the rich and criminal types referred to above – something that eventually leads her to infiltrating this group of women to find a missing girl and look for clues regarding the city manager’s murder. It was Paul who initially found the latter’s body while riding his bike at suicidal speeds on the highway. Under instructions from a superior officer, Ray (who also works as ‘enforcer’ for Frank) joins Ani and Paul in a special task force to solve the murder — but they get more than they bargain for in the end.

The series has all the hallmarks of film (neo-) noir: a play on light and dark (signifying the contrast between good and evil), morally compromised anti-heroes, a number of femme fatale woman characters, and most important, an institution which is thoroughly corrupt, namely the local police department. And, like the police department in Polanski’s Chinatown (1974), it is merely a metonymy for the whole of society. Just as in Chinatown, one realises at the end that corruption does not end with the intra-cinematic Chinatown, or the LA Police Department, so too, in True Detective (Season 2), it turns out that the corruption concentrated in the top echelons of the police is but a part of the whole, corrupt (and violent) fabric of broader society.

It is significant that, of all film genres, film noir is probably the most sensitive to its societal context – it is no accident that the genre originated in the time of the Second World War, in this way reflecting an awareness of ‘evil’ in the broad sense. I would argue that in the case of True Detective, too, it displays such an awareness of its societal insertedness. 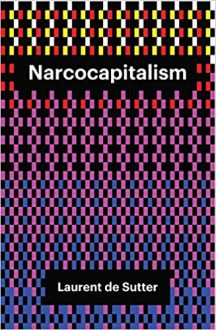 Just consider the recent disclosure, by Laurent de Sutter (in Narcocapitalism: Life in the Age of Anaesthesia, Polity Press, 2018) of the inextricable role of the global cocaine trade in the world economy – recalling that the world of narcotics is central to the plot of Season 2 of True Detective – and it will not seem far-fetched that this series may just be a reflection of the current state of our broken world. De Sutter points out that:

…still today, the world economy only sustains itself on the money that circulates in it from the extraction, transformation and trade in the alkaloid. At the time of the subprime crisis in 2007, it was the profits from cocaine trafficking that enabled the banks, whose gambling had put them in a difficult position, to survive while they waited for the state to put its hand in its pocket and get them out of a fix. For a few months, when traditional investors were withdrawing their cash from the banks, only drug dealers carried on pumping liquidity into the system – which they needed to give their cash a legal appearance.

This might come as a shock to most people – that the capitalist system, valued so highly by most people, is dependent on the shadowy world of narcotics to remain sustainable. Is this what True Detective is telling us?