“Sorry, you can’t pick her up. She vomited up her feed so it’s better to leave her.” The nurse in the neonatal intensive-care unit is polite but firm. I nod numbly as I look at my daughter, lying in her incubator and waving her arms like a sea anemone in a tank. Three days before, she was born two months too early. A feeding tube is taped to her cheek while a drip pokes, huge and horrible, into one impossibly small hand. Her tiny body is mapped with probes linked to wires linked to screens that report on heart rate, blood oxygen concentration, respiratory rate. This is what tethers her to life, and what will record her departure from it if she doesn’t make it.

I’m terrified that she might die. I’m also terrified to admit to myself that this is what I’m afraid of. When I get back to my bed in the maternity ward, I sob noisily into the sheets. I choke out words, aware that I sound like a diva in a B-grade melodrama: I can’t do this. I can’t face weeks and weeks and weeks of this. I can’t.

This, I realise then and there, is what it feels like to be a mother. It is to place your heart on the edge of a cliff and let it balance there, for as long as it takes. 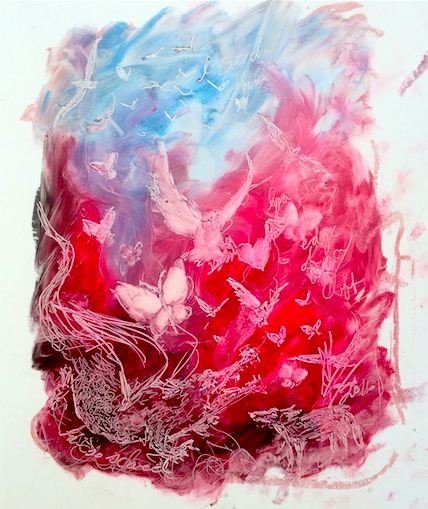 Mother’s Day this Sunday will be my first. For all sorts of reasons, most of them very good ones, I never really expected to have a child of my own. I was one of those women who regularly joked about my ovaries being in exile. I fled whenever somebody brought a baby to the office (what if they expected me to hold it?!) and, as I headed into my forties, assumed that I would settle happily into being a godmother, aunt and, later, stepmother. Roles that involve inhabiting a parental role from time to time, but with one crucial difference: you get to hand the child back to the grownup who has to worry about toilet training, and school, and repeating the F-word in a piping voice in a public place.

Then again, I never really expected a whirlwind romance and marriage in the last year of my 30s, let alone to a man who, in his mid-50s, was game for parenthood third time around. A baby wasn’t entirely outside the realm of possibility – we’d agreed that I would stop taking the Pill – but it seemed so unlikely. Then, on my 41st birthday, my doctor’s receptionist told me that I was six-weeks pregnant, and everything changed.

No concept is as loaded with piety and cliché as motherhood. I know this only too well. Whenever I’ve written about divorce, depression and my lack of interest in having children, strangers (invariably men) would write to me to tell me that I was being selfish, that a child would fix my unhappiness. I would roll my eyes as I thanked each respondent for taking the trouble to type a mail to me; I’ve never regarded motherhood as manifest destiny, and still don’t. The notion that women must be mothers in order to be fulfilled is nonsense, and I would have been perfectly happy to remain child-free.

Which brings me to the point of the words you are reading on this screen. What does it feel like to be a mother – at least for someone like me, who never really imagined that I would become one? When I first looked at the calendar at the beginning of this year, at May 8, I guessed that I would have a reasonable idea by the time Mother’s Day arrived. By then, I would have been a mother for two weeks, give or take, depending on when my doctor scheduled my C-section. (You can have a natural birth if you want, he said to me, but at your age, your bones are more brittle … )

Life always has other plans. On February 26, two months and three days before her due date, my daughter was yanked from my womb, where she had been perfectly comfortable thank you very much. My doctor, warning that the blood tests indicated that I had all the symptoms of pre-eclampsia and was about to go into renal failure, had insisted. “It’s more dangerous for the baby to stay in your tummy than come out of your tummy,” he had said in his quiet singsong voice.

So my initiation into motherhood was horribly panic-stricken at first and then strangely attenuated. For the five weeks my baby spent in intensive-care, her care was the responsibility of nurses. Every day, I would pump breast milk and go to the hospital to hold her, but I was a visitor. I could leave. It was only after she came home that the gravity of this very small person – weighing just under 2kg – became clearer. This is it, I thought one of those first nights as I staggered from my bed, drunk with sleep, to change her nappy. This is real. There is no going back. 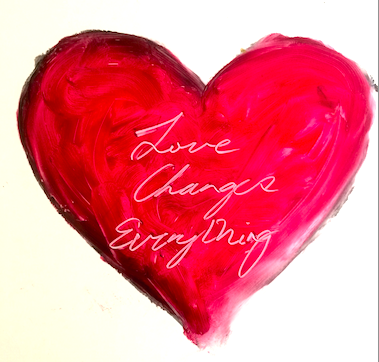 In the two months that my daughter has been in the world, I have changed in all sorts of little ways. Not the disrupted sleep patterns – as an insomniac, I’m used to that. The chronic anxiety is familiar, too, even if now the source of my angst is pumping enough breast milk and childcare once I go back to work. But there has been a subtle shift in other ways. I’m no longer fazed by projectile poo, for instance. I care even less about my hair than I did (the other day, sick of how long it takes to dry, I sliced off my ponytail with the kitchen scissors). When I shower or use a hairdryer, I no longer imagine I can hear a cellphone ringing – I hear a baby crying instead.

More than anything, I have discovered, becoming a mother has restructured the passage of time. This is not just the relentless cycle of expressing breast milk, feeding, sterilising bottles and changing nappies (specially designed to handle runny poo, according to the packaging). The existence of my daughter has also altered the meaning of each moment in the most prosaic sense. I had not expected this. Before I married her father, when I was in the grip of severe depression, I couldn’t imagine turning 40. My story had run out of road; nothing lay beyond but a dreadful shade of grey. Now the next 20 years are accounted for, probably more. Having turned my narrative inside out, this small baby now determines the arc it will follow.

Oh, we have good moments and not so good moments. I can lose track of time watching different expressions flit across my daughter’s features. (I’ve classified her changing faces, which range from Alabaster Angel through Angry Tomato to Grumpy Old Man and Naughty Elf.) I’ll kiss her toes and waltz her to the soundtrack of Amélie and our world will be filled with the magic of one another. At other times, I am frighteningly close to overwhelmed. What if I lose my job because the office realises they can manage without me? What if I slip back into depression? What if the responsibility is ultimately too intimidating? And yes, every now and then I catch myself resenting how trapped I feel. Little, inconsequential things I used to take for granted, like leisurely sundowners with friends or the freedom to spend half a day running errands, are little things of the past, which of course has made them bigger things.

“Motherhood is a role, not an identity,” an old friend of my husband tells me over dinner. (He is the president of the International Union of Psychological Science, so he should know.) Still, it is a role that dwarfs every other I have attempted. To go back to 1987 and quote the Climie Fisher ballad I loved when I was 13, love changes everything. My daughter is my magnetic north, a quietly insistent tug at the centre of my being. Whether she’s sleeping in her crib or screaming blue murder, she is the fulcrum for my heart, which remains balanced, quietly, on the edge of a cliff. 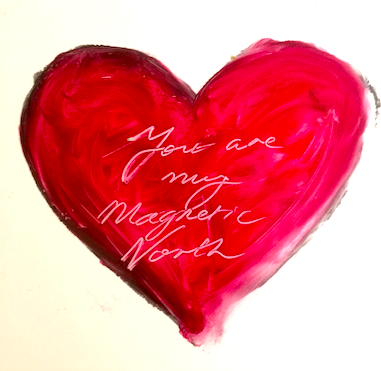