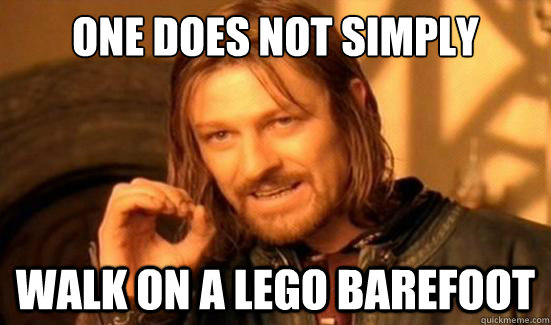 There are many types of pain. The distinctly unamusing throb of the funny bone. The lugubrious ache of the bruised shin and the coloratura shriek evoked by the stubbed toe on the coffee table, not forgetting the exquisite agony of the encounter between car door and finger nail, or tender sole and Lego (if Shaka were around today, he’d have made his impi run barefoot over Danish plastic building blocks). And of course, the tearful thwack of hard, immovable object on the equally hard and immovable skull.

Why do head injuries hurt so much? I was reminded of this during a visit to a monkey sanctuary in the Magaliesberg earlier this month. There I was, walking along the boardwalk, ducking lemur poo that plopped from the trees above, when I collided with a branch hidden from view by the cap I was wearing.

Here’s the interesting thing about that pain: it prompted an intense flashback to another time I hit my head on a branch. That was on a walking trail in Nyalaland, in the far north of the Kruger Park. It was surreal, all luminous green mopane and baobabs for mile upon relentless mile. I was striding up a steep slope and didn’t see the sharp broken branch above (blame the cap I was wearing, again) so I connected with it with some force.

I assumed I was fine, but it turned out I’d managed to cut myself. My boyfriend at the time rushed to my side, dealt with the blood, and patched me up very efficiently. I felt such a warm rush of gratitude for his competence. Love, in fact. Later, during the exit interview I insisted on after he broke up with me, he revealed that this was one of the incidents that convinced him of how hopelessly unsuitable I was: a hopeless klutz, so accident prone.

He was right; we were completely unsuited to one another. We should never have got together in the first place. Though I’d known this from the start, and I handled the break up pretty well – seriously, that’s what I called it, an exit interview, at Brightwater Commons, where I still buy a lot of my lipstick supplies – it still hurt like hell. I had to unfriend him on Facebook, and it took what felt like ages before I stopped bursting into tears for no reason at all, and the anger and the ache went away.

Of course it all came back the moment I clouted myself in that monkey sanctuary while surrounded by lemurs. That pain led to pain of a different sort, a cascade of anguished regret that still lay buried within. Tears pricked in the corners of my eyes. I assured the people I was with that I was fine, but I wasn’t.

I’m just dandy now. I can smile about the hurt, because even though it’s still there in some form, it has healed over. I’m whole again, full of bitter bravado, and impervious to Cupid, that little shit. When a friend told me of her anguish over an ex-boyfriend dating a friend she’d confided in, her eyes glistening with grief, I was able to tell her that I empathised, that it was fine to feel pain even if we know that the cause isn’t worth it, and that it will take as long as it takes to get better. But it’s the getting better that is so wretched and there is no way out of it except to feel nothing, and then what’s the point? This is the awful thing about relationships, and why I am so appalled by the prospect of ever being in another one.

As it turns out, stubbing one’s toe, or bruising one’s shin, even standing on Lego in bare feet, is the pain that is bearable, because eventually it goes away. It’s the pain of relationships, of loss, of love pointless and unrequited, that stays.

I still have the scar on my forehead, a short, pale squiggle just below my hairline – a reminder, as if I needed it, that love is the worst pain of all.