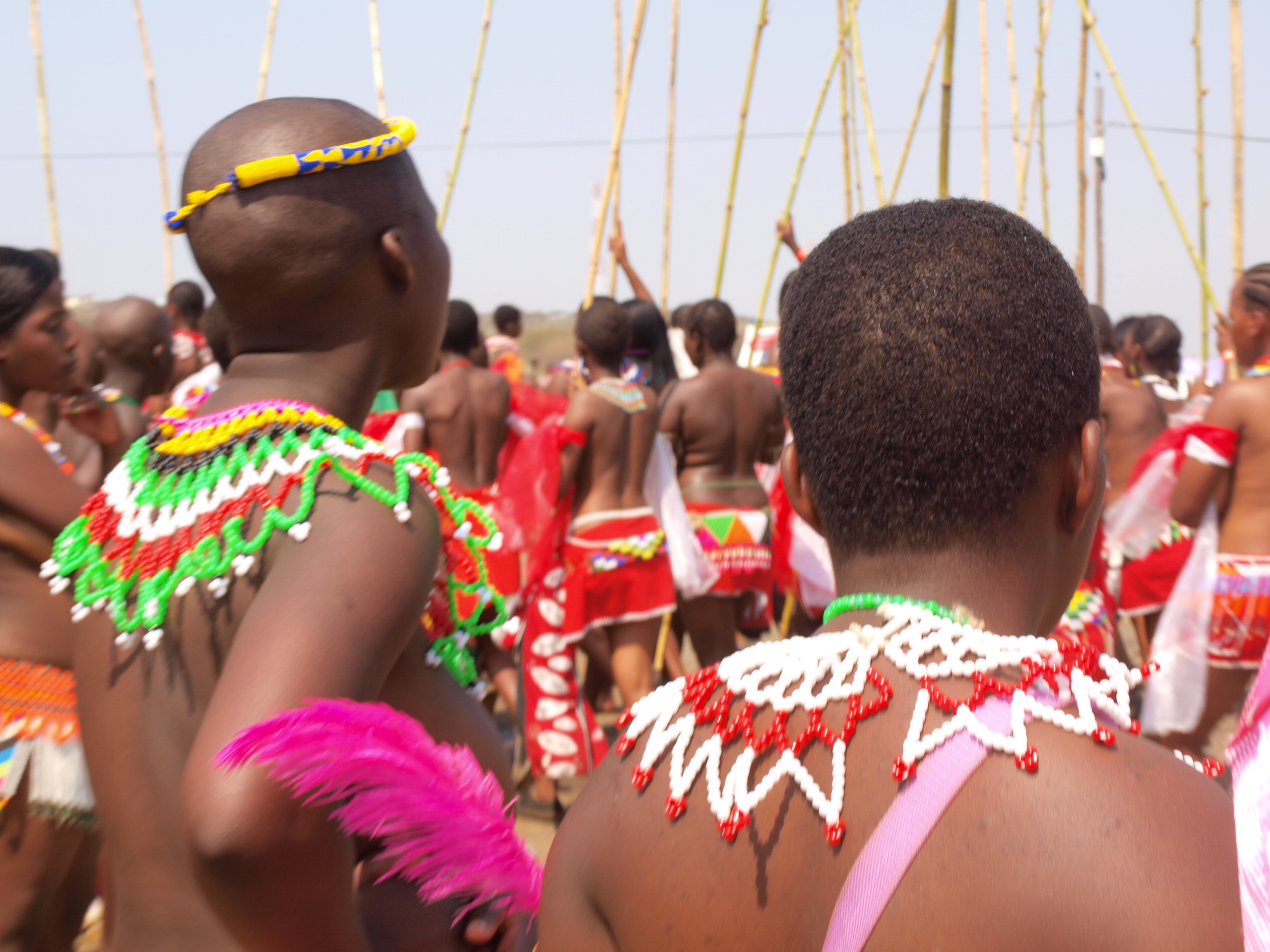 Reed Dance does many things well, fight HIV not one of them

Last weekend my friends and I lost our Reed Dance virginity.

Prior to the deed, my white-liberal squeamishness mingled with a prurient male curiosity. Thousands of essentially naked young ladies having their maidenhood (and much more besides!) scrutinised by an ageing polygamist monarch? Charming, yes, but not generally my idea of a progressive event.

Once there, however, I was floored by the contagious pride, wholesome joy and undeniable sense of empowerment radiating from all the participants. Seeing women of all shapes and sizes (some even with disabilities) voluntarily coming from all over the province and all walks of life to help rebuild their culture from apartheid’s spiritual devastation quickly put to rest most of my reservations. Except one.

The Reed Dance does many good things: it fosters self-esteem, strengthens community, and provides a strong sense of cultural identity essential for nation-building. But one thing it’s not is a good public-health initiative. So why do its champions insist on trying to shoehorn this storied celebration into South Africa’s anti-Aids campaign?

Attended by President Jacob Zuma and the NFP’s Zanele Magwaza-Msibi, this year’s ceremony took place on September 10 at King Zwelithini’s royal palace in KwaNongoma. Reportedly begun by King Shaka and banned by the racist apartheid regime, the annual Reed Dance, or Umhlanga, was revived in the 1980s as a cornerstone of Zulu cultural and political renaissance. The dance is an important rite of passage for many young women, who carry a long reed symbolising their maidenhood to the king’s palace, where it is incorporated into a fence. Wearing intricate hand-made bead jewellery, they are counselled about marriage and family life by female mentors, and stage an elaborate dance in front of the monarch.

One of the ceremony’s most controversial aspects is the compulsory virginity testing that all maidens are required to undergo. Perhaps as a response to widespread criticisms, Reed Dance authorities have actively re-branded the practice as a weapon in the fight against the Aids epidemic. “It is evident that this ceremony does assist in arresting the spread of HIV/Aids” pronounces the festival’s official booklet. Girls are now told that in addition to being a sacred value and guarantor of future lobola for their families, their virginity also immunises them from contracting the virus.

But such mixed messaging, like that corny joke about crime in multi-storey car parks, is wrong on so many levels.

First, from a practical point of view, though virginity may be an integral and perfectly legitimate part of Zulu custom, it is a spectacularly poor way of preventing pre-marital sex and sexually transmitted infections. Study after study has shown that while abstinence programmes can delay the start of sexual activity by several months, raging hormones eventually get the better of most young people, no matter how hard they resist. And when that happens, adolescents brought up to deny their sexuality are many times more likely to engage in unsafe sex than their peers.

On top of this, preoccupation with an intact hymen often has the unintended effect of encouraging alternative, far riskier sexual practices. For example, a girl can have unprotected anal sex, potentially contract HIV, and still be considered a virgin for the purposes of the Reed Dance. Women known to be virgins have been targeted by men who believe the still-prevalent myth that sex with a virgin can cure Aids. Thigh sex, the sanctioned Zulu method of avoiding penetration, can also result in HIV transmission (even the dance’s promotional booklet opaquely acknowledges that the “this technique has become problematic today because of diseases”).

Apart from being counterproductive in the fight against the pandemic, typecasting the Reed Dance as an anti-Aids initiative can have an equally devastating effect on the spiritual integrity of Zulu culture itself. Trying to reconcile cultural-religious teachings with the logic of modern life is an age-old challenge that has led some to seek supposed practical contemporary justifications for ancient precepts. Pork is haram? That’s because pigs are dirty and in the past it was easy to catch diseases from them. Shellfish is not kosher? That was to prevent food poisoning in the days before refrigerators could safely store seafood. While such thinking may be an understandable attempt to make old traditions relevant to modern audiences, it can be dangerous.

Firstly, it threatens the erosion of crucial rituals once their “practical” value appears to have become obsolete. Secondly, and perhaps most importantly, it misunderstands that religion and culture occupy a qualitatively different philosophical space from science and social policy — one of mystery, cultural narrative, and spiritual belief. That’s precisely why Rowan Williams, the Archbishop of Canterbury and one of England’s deepest thinkers, opposed his own congregation’s demands for biblical creationism to be taught alongside Darwin’s theory of evolution in school science classes. Creation, Williams argued, is not a theory like Darwinism to be proven or disproven, but an article of faith. Mixing up the scientific and the spiritual represents at best a category mistake and at worst a fundamental lack of confidence in either.

The Reed Dance does many things well, but fighting HIV is not one of them. Nor should it be: that’s a job for medical, political and educational authorities — rather than spiritual ones. Trying to rationalise the ritual’s controversial practices on the cheap by hitching them to the Aids bandwagon is both dangerous to public health and insulting to Zulu culture.