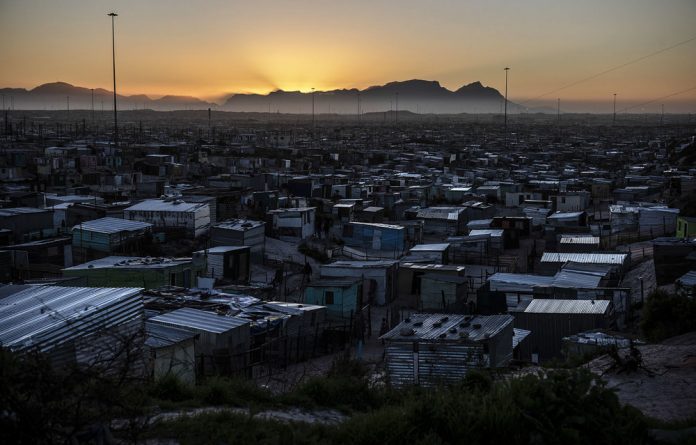 Those who say it can’t be done are usually interrupted by others doing it.

Max du Preez recently published an article on his Vrye Weekblad platform entitled “Pipedreams of a breakaway state for white and brown”. It was an insightful, yet deeply ironic piece.

In it, Du Preez clinically exposes the “Achilles heel” of the Cape independence movement as he sees it, addressing critical issues about representivity, the ability to carry a leave referendum, and the seemingly insurmountable challenges of the constitutional process.

He names several predominantly white-led independence groups, suggesting that coloured Cape citizens are Afrikaans-speaking “after thoughts”. He claims that the Cape will never vote leave in a referendum, especially if there is any aspect of racial exclusiveness. He suggests that the Cape cannot secure international support for a home for minorities. He explains how unrealistic it is to think that Cape independence would ever be able to secure a two-thirds mandate in the National Assembly.

As a co-founder of the Cape Independence Advocacy Group (CIAG) I wish I could say he was not correct, but in almost every regard he is. Truth be told, his article should be required reading for independence groups, and the foundation of an independence handbook.

But therein lies the rub.

The underlying sentiment in Max’s article is the inability of predominantly white Afrikaners to grasp the wider context of independence, their inability to see beyond their white world, their notional and insincere interest in the coloured Cape population, and the co-opting of them to the cause.

Yet what does Max do himself?

Why did he not mention Fadiel Adam’s (leader of the Cape Coloured Congress) passionate response on eNCA when asked about secession?

“That’s something we are gunning for. We want an independent Western Cape,” he said.

Why did he not mention the Sovereign State of Good Hope, another coloured Khoisan organisation which has already declared the Cape independent and served legal papers on the ANC for evicting them?

Why did he not mention the recently launched My Independence movement, another secession group rooted in the coloured community. They proclaim a United Democratic Front heritage and claim to have 390 000 members, the details of which they have promised to open up for independent verification later this year?

The only groups seemingly on Max’s radar are the predominantly white-led ones.

I can only speak on behalf of the CIAG, but let me do so.

When we formed the CIAG, it was precisely because we recognised the weaknesses that Max’s article exposes. We are civic nationalists, that is to say we rally around a set of values, not around culture, language or race. Our vision is completely inclusive and is premised upon the democratic wishes of the Western Cape people as a whole.

Our core values are meaningful democracy, non-racialism, sound governance and a commitment to building a first-world country on South Africa’s southern tip, where we can all prosper, regardless of our race, religion or culture.

We draw our primary mandate from 26 years of election data which conclusively demonstrates, beyond any shadow of a doubt, that the Western Cape and the rest of South Africa are ideologically distinct. It is this distinction upon which we base our calls for secession, and it is those very same election results which attest to the fact that a leave vote in a referendum is absolutely attainable.

Our support base is drawn from all three racial groups, and many of the most influential figures in our future plans are coloured and black. Our manifesto is offered in all three official languages of the Cape, and in our communications always try to refer to the Cape population in their order of representivity – i.e. coloured (49%), black (33%), and white (16%). This is to avoid the subtle racism of always referring to white people first, regardless of the fact that they are the smallest group — just have a look at the title of Du Preez’s article…

To us, other than to legislate our conduct as we legally campaign for independence, the South African Constitution is irrelevant. The Western Cape peoples have rights under international law which take precedence over the Constitution and we do not need South Africa’s permission to secede, ergo, we don’t need a two-thirds majority in the National Assembly, nor do we need Julius Malema’s buy-in. That is not to say that we do not intend to work closely and peacefully with the South African government. We most certainly do, but that will take the form of a political negotiation backed by international support. We will not be throwing ourselves upon anyone’s mercy.

What we do need is a majority democratic mandate from the combined peoples of the Western Cape, and it is towards this goal that we are campaigning.

In this regard, we would point our friends and colleagues in the broader independence movement to Du Preez’s article. Any racial exclusion, intentional or otherwise, will render winning a referendum impossible. This is a decision that only a united Western Cape can carry. And if we want to have a future for our children, it is a decision that, together, we must carry.

Citizens of the Western Cape — the cavalry is not coming to save us — we are the cavalry. Add your voice to the growing calls for independence, claim the right to choose your own government and, critically, the right to hold it to account if it does not perform.