Cutting off communication has become a favourite ploy of some of the continent’s Big Men. Ironically, this harms their standing in the long term 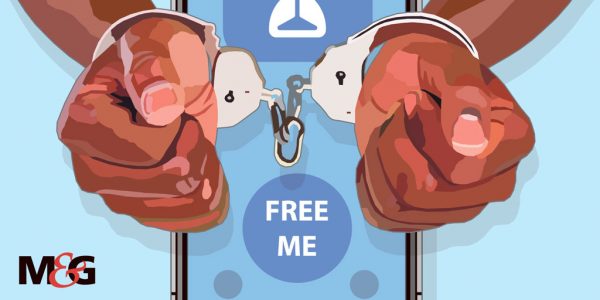 Although the Berlin Wall was toppled 30 years ago, new walls have continued to crop up around the world — virtual ones that block or limit internet access to avert political dissent.
As of last month, Ugandan social media influencers — a group including musicians, commentators and media personalities — must register their activities with the country’s Communications Commission for monitoring and pay a fee of $20. According to a commission spokesperson, this is to enable the Ugandan state to scrutinise “content … which could violate the known parameters of morality, of incitement, of ethnic prejudice, or not be factual”.

This comes in the wake of the jailing of scholar and activist Stella Nyanzi in the same month for “offensive communication” — criticising and insulting Ugandan president Yoweri Museveni on social media — and the introduction in July last year of a “social media tax”. Nonpayment of the latter prevents smartphone users from accessing platforms such as Facebook, Twitter and WhatsApp unless on wi-fi or through a virtual private network (VPN).

Analysts and observers — in Uganda and beyond — have pointed to these efforts at monitoring and controlling online access and expression as further evidence of authoritarian entrenchment and consolidation in the country. And so they are. As the Bertelsmann Transformation Index’s 2018 report on Uganda notes, recent years have seen “increased government interference with media outlets covering political events”.

Museveni himself — in office since January 1986 and now well into his fourth decade in power — has made little secret of his dislike for social media, which he has described as a “luxury” and a vehicle for “lying”. These sentiments have no doubt been compounded over the past 12 months given the role played by social media and online networks in drawing nationwide and international attention to the activities, and regime persecution, of prominent opposition MP Bobi Wine, who has long opposed the social media tax.

But there is some cause for optimism, not only in Uganda but across a range of semi- or fully authoritarian African states where governments have sought to maintain control through online censorship and internet shutdowns. For, ultimately, despite the profound, short-term effects such actions produce — politically, socially and economically — it is becoming increasingly clear that authoritarian African regimes are fighting a losing battle in their attempts to build “new walls” in cyberspace.

Pulling the plug
This is not to say, of course, that a significant number of African populations do not still find themselves in the midst of this fight. Internet access has been disrupted or shut down entirely in more than 20 African countries since 2015, often during election seasons or in response to unanticipated political challenges.

Officials in the Democratic Republic of the Congo (DRC), for example, cut off internet and SMS access for three weeks following that country’s controversial 2018 presidential election. The government claimed that the shutdown was to prevent the spread of “fictitious results”, though it also helped to close down critical space for sharing information and commentary on an election viewed by a range of observers, including the African Union, as highly dubious.

Citizens of Chad were cut off for more than a year from March 2018 after the country’s parliament approved a new constitution expanding the powers of the president and providing for potentially 15 more years in power. At the time of writing, the Chadian leader — Idriss Déby — is already the fourth–longest-ruling African leader in office today, having seized power in December 1990.

Indeed, internet disruption and blackouts have increasingly become the go-to vehicle for the continent’s authoritarian regimes when facing — or anticipating — opposition or challenge. As research by the Collaboration on International ICT (information and communications technology) Policy for East and Southern Africa shows, “internet shutdowns are the preserve of Africa’s most authoritarian states”, with 77% of internet disruptions imposed across the continent since 2014 occurring in authoritarian states. Consequently, shutdowns are far more prominent in African regions where authoritarian states dominate — notably in East and Central Africa. The former region, according to the Bertelsmann Transformation Index, has experienced a “lost decade” since the mid-2000s, with scores across all three of the index’s indices falling to new lows.

Swimming against the tide
Ultimately, internet shutdowns not only damage the political and social fabric of a country but also hurt its economy. The civil society group NetBlocks estimates that a nationwide blackout in Ethiopia costs that country’s economy $4.5-million a day. For a government with such vast economic ambitions and a country with some of the poorest people in the world, this is hardly a cost that can be readily and regularly written off.

Moreover, there is growing evidence of resistance to these authoritarian strategies across the continent. These include a variety of workarounds including using VPNs and, for those people living near international borders, connecting to the networks of neighbouring states.
Civil society activists are also pushing back, and raising global awareness in the process. In June, a Sudanese lawyer successfully sued telecoms company Zain over an internet blackout imposed by the then ruling military junta — albeit having it restored to him alone as a result. Recently, a Ugandan student studying at Harvard brought a case before Uganda’s high court suing Museveni for blocking him on Twitter.

Ultimately, although internet shutdowns may be easy to implement — particularly in authoritarian states — they are also hard to justify internationally, and even harder to keep secret.
It is little coincidence that Uganda’s opposition politician Wine has placed the country’s “social media tax” at the heart of his protest movement, both domestically and internationally. A range of African authoritarians live in fear of an “Arab Spring” occurring south of the Sahara, facilitated by encrypted social media conversations and nationwide online mobilisation. An increase in the number of knee-jerk blackouts does not, however, constitute evidence of authoritarian confidence — quite the reverse.