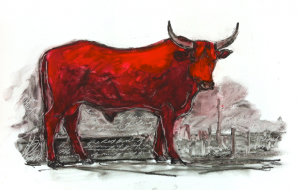 I’m asking for your patience in advance, because I’m going to be spending much of this week reflecting on my journey over the past four years. The exhibition of my Joburg cityscapes opens at Velo in Braamfontein this week, so this is an obvious opportunity to reflect on my tale of two cities.

In many ways you, my Thought Leader readers, have been part of it. You’ve been following my story ever since I first started this blog just after I stepped off QF64 that day in May 2008. Gondwanaland, I called it then, a reference to the ancient continent that connected Africa and Australia via Antarctica. For most of that year, I blogged about bogans and hoons and the challenges of shopping at Ikea without a car.

You followed me as I was made redundant in the face of a looming recession and scorned my attempts to put a positive spin on the fact that I was coming back. I told you about my divorce and reflected wryly on the challenges of internet dating. There was a great deal that I didn’t write about, of course – though I share what many find to be an astonishing amount of personal detail here, you only see the narrative version of me – and there is much that will have to wait for the memoir, if I ever get around to writing it.

I told you about my Reliable Korean Hatchback and mentioned my cancer scare while I described waiting next to a Harley rider who was involved in an accident around the corner from where I live (thus updating the story so far to: death/emigration/retrenchment/reverse emigration/divorce/cancer scare). I came out of the granny closet and admitted to the severe anxiety attacks that arrived on schedule every day at 3pm for most of 2010. I penned a great many light pieces intended to get your knickers in a knot, but I also wrote of my grief and guilt over the death of my mother-in-law.

I told you how astonishingly lucky I was to get involved in the Pulse of the City campaign. Much as many of you hate it when I talk about Land Rover, my life really does revolve around the sponsored Range Rover Evoque I drive, which has influenced my life beyond just being a really, really nice way to get from A to B. Land Rover was the reason I did last year’s campaign with the Loeries, which turned out to be the catalyst for my decision to walk away from salaried employment. It’s also thanks to them that this art exhibition is happening at all, because none of the paintings on exhibit would exist had I not painted that first cityscape as a thank you gift for Land Rover South Africa’s marketing director. This is my year to take risks and do some of the things I’ve always wanted to, which means sacrificing income (more about that another time) and in many ways it’s only because of the car that I can do that.

Whether you like me or hate me, you’ve been part of it. So this week I’ll be reflecting on all of this. I hope you understand. 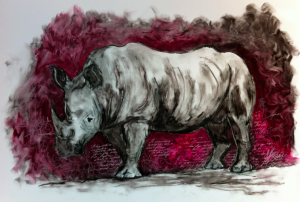 Standard disclaimer: I am sponsored by Land Rover. Any mention of them is not because they pay me (they don’t) but because I am profoundly grateful to them.

South Africa, which lags behind on mercy killings, should take another step and legitimise suicide

Lest we forget: South Africa needs to remember our war dead