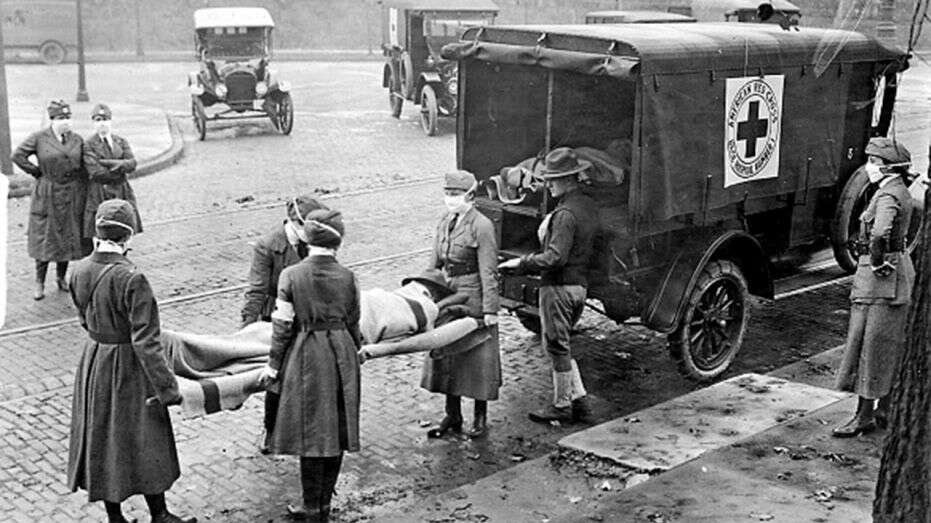 Although the current Coronavirus pandemic is usually accompanied by notions of its “novelty” and how “unprecedented” it is, history can assist us to realise otherwise. Conversely, our current lived experiences of Covid-19 may provide us with insights into historic events.

As the American historian Doris Kearns Goodwin said: “I love history. At its core, it is about human nature: learning how others who have come before us have overcome challenges — some of which we still face today. History can give us a deeper perspective and can provide solace and hope, knowing we have been through tough times before.”

Among other things, South Africa’s experience with the devastating influenza pandemic of 1918 (dubbed the “Spanish” flu) is not only instructive to our present context, but also becomes more understandable and easier to identify with under our current circumstances.

Another, though less obvious, chapter in our history that we may learn to appreciate thanks to our experience of the current pandemic and the consequent national lockdown restrictions, is that of exile where thousands of South Africans lived in isolation and under strict control because of their part in the struggle against apartheid.

In the article, South Africa bungled the Spanish flu in 1918. History mustn’t repeat itself for Covid-19, historian Howard Phillips returned to the lessons learned from that outbreak, which he studied and wrote about in his seminal work In a time of plague: Memories of the “Spanish” flu epidemic of 1918 in South Africa.

According to Phillips: “South Africa was one of the five worst-hit parts of the world. About 300 000 South Africans died within six weeks. That represented 6% of the entire population.” These statistics relatively approximate South Africa’s current standing among the nations of the world affected by the Covid-19 epidemic.

“Yet, the ways in which viruses behave and humans respond have not changed so much. That’s why there are still important lessons to be learnt from the catastrophe of 1918,” he wrote.

In her review of his book, historian Elsabé Brink reminds us that history is able to give us a better understanding of the seriousness and devastation of pandemics, such as the one we are experiencing. Phrases such as “flattening the curve”, “social distancing”, “self-isolation”, “lockdown”, “personal protective equipment” and “ventilators” have become part of everyday language” and, Brink notes, “increasingly, references to another, largely forgotten pandemic have inched their way into the headlines”.

The public’s attention to such history, however, has been woefully inadequate. In their individual efforts to draw attention to our past, both historians argue for greater study of such experiences for the benefit of society.

“Interview ‘sound bites’… place the experiences of the survivors of the 1918 ‘Spanish’ flu at centre stage during the 2020 Covid-19 pandemic, and will haunt modern readers for a long time to come,” writes Brink.

Likewise, the experiences of survivors of exile — another scantly studied chapter in our history — have a bearing on our current reality.

Lessons gleaned from members of the liberation movement living in exile enables a better appreciation of the current lockdown measures imposed on South Africans. Knowing this past should improve the average citizen’s appreciation, support for and compliance with these measures notwithstanding their “inconvenience”, “incomprehensibility” or “otherworldliness”.

They also offer real insights into life — and gratitude.

Though exile was certainly not the same for everyone, because it varied depending on where you found yourself, among other things, those who lived in liberation movement settlements such as the Solomon Mahlangu Freedom College (Somafco) campus in Tanzania or the military camps in Angola, lived according to measures similar to those of lockdown, measures which so many South Africans find bewildering or unfair.

According to Arianna Lissoni and Maria Suriano, a lot that has been covered about the exile experience focuses on the organisational history of liberation movements such as the ANC or PAC and their leadership and not so much on the ordinary South African activists living far from their homeland. Although this is certainly changing, those experiences are still not a substantial focus of historical scholarship.

Somafco was the school the ANC established on a former sisal farm that the Tanzanian government donated to the party in 1977. Establishing the settlement was critical in catering for the hordes of South African youth leaving the country after the June 16 1976 uprising which started in Soweto and soon engulfed almost every township across the country. Thousands of young South Africans fled the country and the apartheid government’s brutal authority from 1976 right up to the 1990s.

Although many of them joined the ANC’s military wing, Umkhonto we Sizwe, many others, because of age or other inclinations and sensibilities, continued their schooling at Somafco.

The settlement at Mazimbu in Morogoro, at times accommodating up to 5 000 people, comprised a maternity facility, a pre-, primary and high school and a hospital as well as a farm, carpentry factory and other production units aimed at creating a self-sustained community. It was built with the support of donor nations and organisations sympathetic to and supportive of the ANC’s struggle against apartheid.

Because of the nature of the struggle and the then South African government’s determination to obliterate any opposition at whatever cost or means, the South African security forces launched military incursions into the “frontline states” of Lesotho, Swaziland, Botswana, Mozambique, Zimbabwe, Zambia, Tanzania and Angola.  This caused devastation to both South African exiles as well as the nationals of these independent Southern African countries harbouring them.

Although exile, in its various forms, remains unimaginable to most South Africans (and others), many romanticise about what life was like. In fact, the restrictions we have been experiencing since March gives us a better sense of what it really was like for the thousands of South Africans who had to live isolated from friends and family, some for as long as 30 years.

South African exiles in the frontline states lived under severe restrictions to ensure their safety and well-being from “real and present” danger. The 1988 assassination of Dulcie September in Paris, France, illustrates the South African government’s ability to extend its murderous claws beyond Africa.

Being forced to remain in the compound; having to secure permission from the authorities in order to leave for official business or simply to go to the local market to buy fresh vegetables to augment the staples provided; being unable to communicate with, let alone visit family and friends; taking precautions to hide one’s identity; and taking even stricter precautions to guard against malaria and other illnesses or South African security force incursions or poisoning by state agents, was the horrific reality for those living abroad.

Even the patrolling of communities by the military was part of the exile experience because these compounds were guarded by the national defence forces of the host countries who would arrest those not duly authorised to move about outside.

From the contentious restrictions on cigarettes and liquor, which many in exile and now found novel ways around, to the wearing of masks (reminiscent of exiles “masking” their identity by using noms de guerre), from not being able to move about freely and being stuck in one place for long and often unending periods of time, to being forced to secure official permits to move — all these are exile experiences that ordinary, free South Africans are now only too familiar with.

The insights history offers are remarkable in handing us the wherewithal to appreciate and navigate our current circumstances. The nation’s experience with the 1918 flu pandemic and the lives of South Africans in exile are two historical experiences that could have served us well in understanding the seriousness and devastation of the pandemic as well as our ability to survive the restrictions, which although ostensibly limiting and inconvenient, are primarily aimed at ensuring our safety in the face of a real and present danger.

Armed with such historical insights, perhaps the general public’s compliance with the lockdown restrictions would have fared better than they have up to now and the number of casualties of the pandemic might have been further contained.