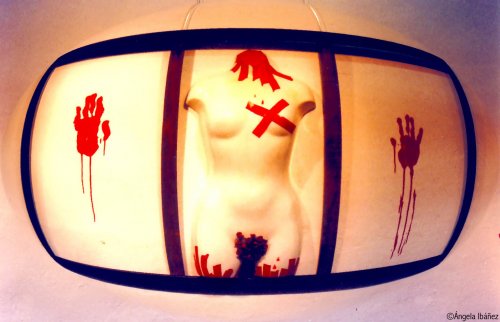 Gender violence and environmental injustice in the maquiladoras

Cost-benefit analyses are fairly central to mainstream economics. Even if one sets aside developments in economics of information or behaviour economics, which make room for irrationalities, social and psychological factors or asymmetries in information, economists will insist, and most of us may agree, that “things have to be paid for”. There is, however, a big divergence when it comes to financial, or “purely economic” reasoning when we get to matters of policy. Put another way, just how much are we prepared to pay for the things we buy?

Without drawing crude and clumsy caricatures, it is fair to say that mainstream economists would look at profits, and many of us, the “others” of the economics discipline, may look at social costs, especially issues like abuse, dominance, abuse of dominance, wilful exploitation, and somatic or structural violence. It is also fair to say that to the economics rationalist, as long as an enterprise is profitable (for the firm or investors), it is good, with the opposite view being, it may be profitable (for the firm or investors), but if the enterprise includes any of the above costs, let us call them the deep social and human costs, it is wrong. This is, of course, a moral position.

Morals, in the same way as “values”, have no place in the economist’s paradise dominated by selective and purposefully arranged (ahistorical) facts, and by rationalism. As Paul Krugman once remarked about his critics (people who objected to his praise of cheap labour and to the misery of scavenging on rubbish heaps in Asia): they have no right to moral outcry, and, he said, if everyone thought long and hard enough, they would agree with him — as if to say that all long and hard thinking by everyone, necessarily, ended up at Krugman’s wisdom.

Now then, after that long introduction, we can get to a recent article on Mexico, with a special reference to the maquiladoras, the Mexican incarnation of export processing zones, written by Greg Mills of the Brenthurst Foundation, and Lyal White of the Centre for Dynamic Markets at Gibs and published in the Daily Maverick. It is not a surprise that the Brenthurst Foundation is advised by, among other, a former US military general, Richard B Myers, who served on George W Bush’s joint chiefs of staff. Mills, himself, seems terribly proud of the role he played, as part of the Western forces who invaded Afghanistan, and Washington’s war against the people of that country, and in Prism, the massive, secret and indiscriminate, global surveillance by the US intelligence community on millions of people around the world.

Nonetheless, among the conclusions of Mills and White’s article was unflinching praise for the maquiladoras, which are, essentially foreign-owned factories, that have set up shop in Mexico to benefit from cheap labour, and lax environmental laws. In their article, an unabashed paean to neo-liberal orthodoxy, Mills and White tell only the good stories about growth, the expansion of manufacturing and of exports, and deliver general praise for the North American Free Trade Agreement. For good measure, they threw in a rather dismissive statement on Brics, with a snarky reference to “hyped-up acronyms and groupings”.

Special praise is reserved for the maquiladoras, with very thin references to costs, and glowing praise for general benefits to the US and Mexico. There was, also, the de rigueur criticism of China, which is the bête noir of most Western economics rationalists and liberal internationalists, who are, quite, unable to see another world, greater possibilities and a world order dominated by dark-skinned others. This always reminds me of the racist line which I paraphrase, here: I’m not anti-Chinese, but …

Mills and White’s article is available online, and can be readily accessed by anyone with a computer, an internet connection, a source of power, and who has learned to read … what is missing from the Mills and White article, unsurprisingly, is an evaluation of the deep social and human costs; none of which are considered or explained by the writers, and overlooked, or swept aside with references to “the American dream” and “the Mexican dream”. There is, however, another side of the maquiladoras; the part about the abuse suffered by women who work in these centres and the environmental injustice and racism of US corporations. Several research projects have been completed by legal scholars, human-rights scholars, and by radical political economists, which produced evidence of systemic abuse of women.

Violence against women
About 3 000 maquiladoras operate in free-trade zones in and around the border cities of Ciudad Juarez and Tijuana, along the Mexican side of the border with the US. According to the National Council of the Maquiladora Export Industry they employ about 1.5 million people. Many, if not all the companies that operate along the border, discriminate heavily against women through random checks to make sure that women have their periods, and when they are found to have missed a cycle they are fired. Some of these checks are quite invasive, and deeply disturbing. Before employment, women have to go through pregnancy tests, and tell company officers how many sexual partners they have had. Whereas Mexican labour law provides for maternity leave, US firms that run the maquiladoras along northern border of Mexico either do not employ women, without first discussing their sexual habits, or they force women to resign – if they do become pregnant.

During my visits to Ciudad Juarez and Tijuana, in 1999 and 2000, I had access to evidence produced by human-rights organisations that demonstrated cases of pregnant women being forced to resign because they were refused access to toilets, seating or light tasks. From very many workers in maquiladoras, I heard stories, and saw police records of sexual harassment of female workers by managers who offer women workers smaller workloads in exchange for sex. These practices have continued for most of the past 15 years, since my first visit to maquiladoras in Mexico. In 2013, the Berkeley Journal of Gender, Law & Justice, a respect peer-reviewed academic journal, published a set of findings of which one relevant passage is worth citing, here in full:

“As part of the pregnancy screening, maquiladoras ask the applicant invasive questions such as when she had her last menstruation, what birth control methods she uses, how many children she has, and the extent of her sexual activity. Thereafter, women are commonly forced to take pregnancy tests every three months. If a woman becomes pregnant after gaining employment at a maquiladora, she may be harassed, compelled to work more hours without breaks, assigned more strenuous work, or she may be forced to resign because of her pregnancy. For example, when supervisors discover that one of their workers is pregnant, standard practice is to change the woman’s working conditions, sometimes forcing her to lift heavy boxes, or moving her into a smaller, less ventilated room so she becomes nauseous from inhaling chemical fumes.”

A study in the De Paul Law Review, in 2000, at about the time when I spent time with workers from the maquiladoras in Tijuana, these zones in Tijuana, Mexico, I met women who suffered serious chemical burns on their hands and faces because of handing errors where the chemical containers were labelled in English – in a Spanish-speaking country. Because of injuries to their hands sustained in contact with the chemicals, young women were fired from the pharmaceutical and healthcare-product manufacturing firms, because they were unable to use their hands.

Environmental racism and injustice
On the outskirts of Tijuana I was shown poisonous sludge, mainly lead and sulphuric acid that workers at a US-owned battery recycling plant were asked to dump beside their villages. This had disastrous effects on the villagers, some of who became ill, and lost their jobs — precisely because of the reckless behaviour of US firms in Mexico. This type of environmental racism (I have provided a Wikipedia link, because the more respected scholarly references require subscriptions) that has been practiced by US companies in the Black Belt South, where toxic waste is dumped, and rivers and streams are poisoned, next to black residential areas, has come to define the practices of firms in Mexico.

In Alabama, Physicians for Social Responsibility found cases of respiratory illness and cancer as a direct outcome of environmental pollution. In the US, these issues are addressed through legal institutions. To avoid accountability, companies, like the ones praised by Mills and White, relocate to Mexico. All these practices continue, and research is readily available, Mills and White seem to have avoided the evidence, so as to support their obeisance to the orthodoxy of neo-liberal structuring of the global political economy. Yes, there is such a thing as neo-liberalism. (For a definition, see a most conservative source.) It helps, though, not to throw it about loosely; it just weakens your argument.

The US firms in Mexico also have workers deported, for non-compliance. It might come as a surprise to Mills and White, that not everyone south of the US border is “Mexican”. Human-rights workers who investigate claims against corporations are also deported by the Mexican government. Workers are not allowed union representation, and dismissal, for the most innocuous violations — going to the toilet when you are not allowed to — are arbitrarily implemented and commonplace in the Maquiladoras.

The Mills and White article was problematic, one-sided and deeply ideological. I have no problem with ideology, but honesty includes admission to one’s biases. Instead, the article is presented in the most eloquent language, and triumphalist tone — with no reference to the deep social and human costs of the maquiladoras. Then again, the article’s blindness may be expected, given the functional role that, especially Mills, plays in the dominant bloc of global political economy, how they engineer consent and work damn hard on strengthening the foundations of the American century — which is part of the neo-conservative strategy that gave as the wars against the people of Iraq and Afghanistan.

The article demonstrated, in so many ways, why good journalism is better than the work produced by think-tanks. With good journalism you actually have to walk around issues and see it to report it, intellectual honesty, report from as many positions as possible and get as close to the truth as possible. Mills and the Brenthurst Foundation are too closely linked to the dominant power bloc in the world. Mills’ bio on the foundation’s website is a song of praise for his role in the war against the Afghan people. While we’re thinking about charges of violating international law against George W Bush, Mills of the Brenthurst Foundation volunteered to go to war against the people of Afghanistan.

BEAUTY AND PAIN: GLOBALIZATION, GENDER VIOLENCE AND THE WOMEN OF THE MAQUILADORAS
http://law.scu.edu/wp-content/uploads/genderlaw07/Elvia_Arriola_Introduction.pdf Accessed on 19 November 2015

Inderjeet Parmar Think Tanks and Power in Foreign Policy: A Comparative Study of the Role and Influence of the Council on Foreign Relations and the Royal Institute of International Affairs, 1939-1945. Palgrave Macmillan, 2004.

I am a political economist. In earlier incarnations, I worked as a journalist and photojournalist, as a professor of political economy and an international and national public servant. I rarely get time to write for this space as often as I would like to.... I don't read the comments section