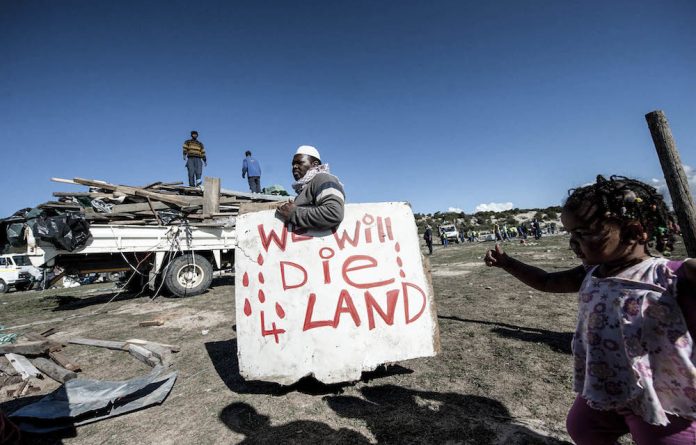 If land expropriation is evil, it is the evil we all need

Growing up, I was taught to respect other people’s things – or properties, to be specific. I was taught not to take what is not mine because I will not enjoy it. That never made sense because people took a lot from me and still enjoyed them, so I thought.

When I think in hindsight about these fundamental teachings that I received freely from many elders in my walks of life, it was actually ethics, which still benefit me to this day.

The holy book that was introduced to South Africans by the missionary David Livingstone around 1840 (whether you believe it or not is neither here nor there) also condemns taking what is not yours.

I want to put forth a disclaimer that I am a peaceful person, who condemns all forms of violence against any human being, all forms of discrimination and racism. I don’t represent any views of any political party or formation. I write in my personal capacity, representing my own views.

This piece was motivated by the Expropriation Bill that the government of South Africa is seeking to align with section 25 of the constitution. It is a commendable act the government is undertaking to correct the injustice of the past thuggery that was brought upon the rightful owners of the land in this country. The minority of those who are enjoying vast pieces of land are jumping up and down while the majority of rightful landowners are cramped in “toilet-size” pieces of land, trapped in a vicious cycle of poverty.

Those opposing the Bill brought all their “big guns” in the form of organisations that are supposed to be on the side of the rule of law, to defend what they know in the back of their minds that it was wrongfully acquired.

Going back to the question of ethics, if you take what is not yours, it will surely come back to haunt you in one form or the other. There is no escape.

Ask those who are involved in cash-in-transit heists if you happen to come across some of them, which I doubt. They are either dead, in jail serving long sentences or millionaires who hardly enjoy their proceeds of crime because they are constantly running from the law or from their partners in crime.

Ask some of those who happened to be entrusted with public funds, who made an oath to uphold the rule of law and defend the constitution but decided to steal and urinate on the constitution. They are crisscrossing the country, moving from one court to the next, defending this crime and that. Their names are constantly in the tongues of many people, but not in a good way. They have sleepless nights because they took what is not theirs through dubious means.

Ask those who illegally occupied open pieces of land, defying the rule of law. When their belongings are trashed and scattered by the “red ants”, it is a painful scene to behold. The wailing of elderly women and children brings tears even to the hardened criminal. Remembering the ethics and the rule of law can prevent all that.

Ask some of the farmers who are maimed and butchered ruthlessly in this country where it all began. They are in constant fear of faceless criminals who come in the still of the night, “to steal and to kill and to destroy”. (John 10:10).

Some people are being punished for the sins of their fathers. It was a criminal act to forcefully remove black people from their land under the evil 1913 Natives Land Act. It is still evil and criminal to defend wrong history and to hog what is not yours. It was criminal to survey the land and take the fertile one, pushing black people into rocky and dry barren land to ensure that they remain destitute and malnourished.

The democratic South African government uses the rule of law to balance the equation – or to put things in its proper perspective, if you like. Through land restitution, albeit moving at a snail’s pace, some families got their land back. But instead of enjoying it and building their own generational wealth, they are fighting among themselves, to the point of killing each other. Again the issue of greed and the unethical behaviour of people who are not rightful beneficiaries rears its ugly head. Those who push their way in, getting what is not theirs, leaving the poor government confused as to what is going on.

What’s going on? asked the late Marvin Gaye in his timeless political song, released 50 years ago?

What is going on is that there are people from the right who “own” hectares of land, who will do anything humanly possible to fight any intervention by the state to correct this most unequal society in the world we find ourselves in.

The Expropriation Bill is a step in the right direction that should be supported by all law-abiding citizens of this country. It cannot go on like this, as if everything is normal in this country. It is not normal.

The property clause is relevant. Yes, property is not limited to land as the constitution says in section 25. It is not true that people who are found to have unduly acquired the land are going to lose their properties in the draconian fashion of the National Party when it brutally removed the people from their land.  A clear difference between this government and the cruel apartheid regime is that the rule of law is upheld in the interest of everyone. There is also vigorous and transparent consultation with all affected. The courts are also going to play a vital role to ensure that there is fairness.

Using lies and fear-mongering to scare investors is not going to bring a democratic process to a halt. The sooner the proponents who are opposed to this process come to a realisation that if land expropriation is evil, it is the evil that we all need to solve all the other evils in this country, the better.

People who are leading this process should also guard against unethical behaviour, because if they do wrong things or overstep the boundaries set by the constitution, punishment awaits them like those who are crisscrossing the country seeking refuge from prosecution.