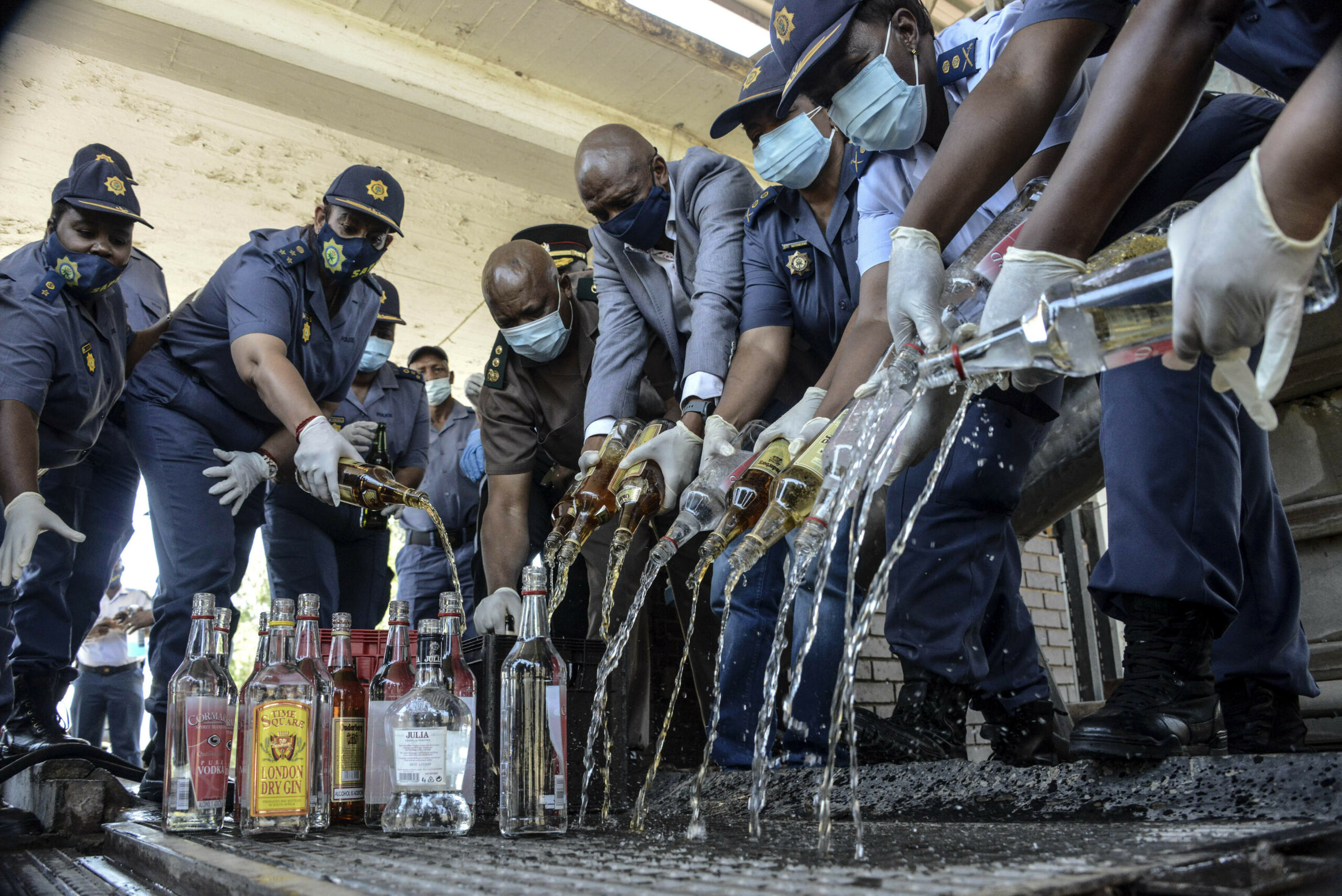 ‘If it were up to me, alcohol would be banned for good’

By Charmain Naidoo on 4 February 2021

What’s the worst thing you’ve ever done, the man sitting next to me asked. To anyone watching, listening, it would have been the oddest interchange considering we’d just introduced ourselves to each other, first names only.

I knew that the man beside me, his eyes furtive, his nails bitten to the quick, his knee bobbing up and down beneath the table was less interested in my worst thing. He wanted to tell me his, to share his shame, to be raw and exposed in the hope that his confession would shock himself into sobriety.

They’re called war stories in alcoholic parlance, the litany of disastrous behaviours that have brought the drinker to the edge of despair.

These acts of cruelty, abandonment and carelessness — often unintended but always the result of addiction and its woeful descent into the inferno — result without exception in the alienation of the drinker from family, friends, employers, colleagues and acquaintances. And, often, their god.

Alcoholics tell war stories from shame, in the hope of redemption, because they need to share the despair of being unable to control something that 90% of the world’s population seems to be able to do quite easily: drink “normally”.

And so, when you hear people complain about their empty lockdown cellar, or whinge about not being able to order a gin and tonic with their lunch, keep these statistics in mind:

*  We top the list as the worst country in the world for drunk driving, with 58% of deaths on our roads attributed to booze; and

* The 2021 World Population Review’s current figures are that 3.64% of South African men and 0.88% of women drink alcoholically.

South Africans drink. A lot. I drank. A lot. A lake.

Getting sober has been the single greatest achievement of my life; the hardest thing I have ever done.

At the end of last month, on 29 January, I celebrated 14 years of sobriety with as much awe as I did my first year. It remains a surprise that so much time has passed since I last took a drink, something inconceivable in 2007.

On my first sober birthday in 2008, the alcoholic in me wanted to mark the occasion with a glass of champagne.

I thought it funny. Ha ha. My sponsor did not. This is a deadly disease with no room for jokes, she said. Take it seriously or die.

I did. I do. I’m eternally grateful to Alcoholics Anonymous, the organisation that saved my life.

Not just mine, but millions of people, who — like me — have an allergic reaction to alcohol, an allergy that urges them to drink more and more of the very “poison” that is killing them.

In the end, life is unmanageable and, well, sad.

I remember the last bitter months of waking up every morning, promising myself that that would be the day I would not drink. I remember being filled with self-loathing as I broke my promise to myself by mid-morning.

In the end, the vodka bottle emerged from beneath my bed before I got out of it.

Oh, the mortification; the guilt. The checking if my car was home with me; if there were broken windows or a new dent.

Alcoholism has been labelled a chronic, progressive treatable disease, characterised by uncontrolled drinking caused by physical and emotional dependence and a preoccupation with alcohol.

On the morning of 17 January, 2007, I climbed out of my bed in my apartment in Military Road, Port Elizabeth, and stared into my mirror.

Bloodshot eyes and a puffy face stared back. But it was the despair in those eyes that made me pick up the phone and call an old friend, an addiction psychologist, who recommended a rehabilitation facility he said ran a good programme.

His parting words of advice: call them now and book yourself in. When you’ve had your third drink, you won’t and it could be five years before a window opens again.

He was right about “the window” — it takes a specific moment in time to make the decision to change everything that has gone before.

It was my third attempt at getting sober — two stints in a local Port Elizabeth facility had failed to stop the downward spiral of my drinking.

There was a moment of clarity during the rehab induction lecture. The head of the facility urged us alcoholics, gambling, sex and drug addicts in that hall to look at each other. Only 15% of you will recover, he said. Decide now if you will be among those in that number.

It was a choice I made that day: to get and stay sober.

Sir Anthony Hopkins — the Welsh actor who is the recipient of an Academy Award, three Baftas, two Emmys and the Cecil B DeMille Award — made that same decision more than four decades ago. In a Twitter video he posted, celebrating 45 years of sobriety, he urges young people to have a care with alcohol. His sonorous voice carries no judgment. There is no finger wagging.

On my sober birthday I lit a candle and gave thanks for the gift of another year without the compunction to drink.

I don’t think often about those dark days; I rarely tell my own war stories, or dwell on the swathe of destruction, broken friendships, dented cars, broken windows …

And when I do it is with compassion and sadness for the drunk me (I’m working through the shame and guilt), stuck in the grip of something I had no control over. Nobody wants to be an addict, it’s too painful.

The experts say that just 10% of any population, anywhere in the world, is susceptible to alcohol addiction.

It seems a small insignificant number, right? I mean, what harm can a drunk 10% of the population wreak on the sober 90%?

And yet the Medical Research Council reports that alcohol abuse costs the economy more than R9-billion a year in crime, hospital expenses and lost production.

When, at the start of the  level 5 hard lockdown on 27 March last year, alcohol sales were banned there was a sigh of relief from trauma units in hospitals around the country.

An organisation founded in 1851, The International Organisation of Good Templars — a temperance movement that promotes abstinence from alcohol and addictive drugs — used this unusual booze ban to do some research.

From the end of March until 1 June, when the ban was lifted, hospital admissions had dropped by 70% in Gauteng and the Western Cape.

According to Professor Charles Perry, director of the South African Medical Research Council, out of 2.2-million trauma cases each year, 40% are alcohol related.

As a recovering alcoholic who is acutely aware of the devastating effect that alcohol has on families, employers, colleagues … my instinct is to ban the sale of alcohol forever.

Yet, when you consider that only a small percentage of people globally abuse alcohol, it seems grossly unfair.

Add to that the fact that it is estimated that close to one million workers’ livelihoods depend on the sale of alcohol — think farmworkers, distilleries, glass manufacturers, distributors, retailers, restaurants, bars.

People want tighter regulations, a higher drinking age, a ban on the sale of alcohol near schools and houses of worship, no advertising on social media and a zero-tolerance approach to drunk driving.

I don’t know if any of these measures will help.

It is my fervent hope that people in the despair spiral of out-of-control drinking know that help is available.

Published in Gender violence and General