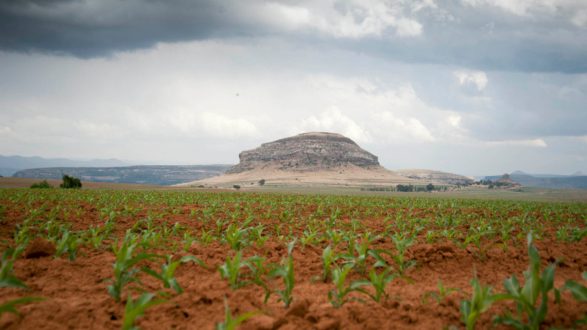 We have heard numerous shouts from South African politicians, business community (mostly white Afrikaner farmers) and ordinary citizens about the prospects and constraints of the radical land reform question in South Africa. The Economic Freedom Fighters (EFF), since its launch in 2013, has made it its business to champion expropriation of land without compensation.

The argument of the EFF and black liberation movements such as the ANC and the Pan Africanist Congress of Azania (PAC) is that the black resistance to white minority rule has always been about socio-economic justice which is embodied in land, not about politics per se. They saw politics as their means of attaining their the land that once belonged to them. For black Africans, land is not just an economic resource, it is their being, their very existence. Land carries in it the embodiment of black existence, from birth to death. It is where their umbilical cords are buried when they are born, where they fend for their living when they grow up, and where they are buried when they die. After death, it is also where they meet their ancestors.

In order to implement a fair and appropriate land reform agenda, the state has to take all land in the country and allocate user rights to different categories of persons and entities for different land uses, under very stringent use conditions. In this way, the state would be the custodian of all land in a trust for the South African citizens. I believe the state should use a combination of neoliberal and Marxist ethos to distribute and manage land use. It cannot be dismissed as a non-issue that today’s production of goods and services needs a complex mixture of solutions to foster economic growth. Both Marxist and neoliberal strategies to production have their pros and cons. It would benefit the country to maximise their strengths while minimising their weak spots. The state should allocate land user rights to both citizens and non-citizens, with non-citizens allocated land user rights only for investment, job creation and economic growth purposes. These user rights should be on fixed term leasehold which can be renewed if land was used as allocated and their stipulated conditions were met.

The conditions should be able to prevent land speculation/hoarding by those who may be allocated user rights. People should not be allowed to abandon land for certain periods of time and should not be allowed to hold more than certain amount of land for the same land use. They should be encouraged to produce to full capacity from their allocated land rights. All land should be planned and zoned according to the Spatial Planning and Land Use Management Act (SPLUMA 2013). Change of use has to be sanctioned by the town planners in every sphere of government from the municipal council level upwards till the national level. All land development applications should also be processed strictly to protect land zones and natural environment but favourably to facilitate economic development and job creation.

The proposed approach is centralised, granted, but land is such a scarce, important and sacred institution that warrants it to be treated with highest respect and protection. The state should derive ground rents and user royalties from land use rights that it allocates for different purposes except for primary residential purposes for certain income groups (especially for poor households). It should be the duty of the state to revoke land use rights which do not adhere to stipulated conditions.

In concluding, corruption and fraud in land related transactions should be highly discouraged through lengthy prison sentences and hefty fines. The state should create the specialised land courts (from the municipal council level to the national state level) to try alleged land transactions’ transgressors. While every model has its own advantages and disadvantages, I think this proposition can go a long way in trying to correct the spatial injustices of the yesteryears.

Kelebone Lekunya is a Mandela Rhodes Scholar 2013 who holds a Master of Town and Regional Planning from the University of Pretoria.