Skip to content
Home » Human ‘nature’ as explored in a riveting television series: ‘The 100’ 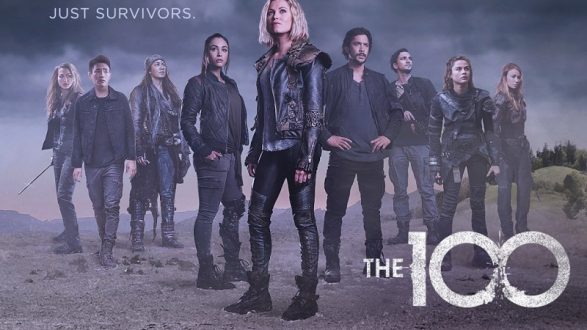 The question, what is dominant, human ‘nature’, or ‘nurture’ (culture), has been the motivating force in a debate that has waged since at least the 18th and 19th centuries — for instance in the work of Jean-Jacques Rousseau (see his prize-winning Academy of Dijon essay on the question, whether human morals had improved by, or in the 18th century as a result of the arts and sciences [the Enlightenment]), and in the 19th-century debate on whether experience could be harnessed to improve people through an empiricist-oriented education, on the one hand, or (after Darwin’s work on the Origin of Species had appeared around mid-century) whether ‘natural selection’ was the deciding factor insofar as people ‘naturally’ struggled for survival as best they could, with — as in the rest of nature — the ‘fittest surviving’ in the end.

Part and parcel of Darwin’s theory of evolution, was the corollary that, given the scarcity of resources, there was always an internecine struggle, a war of ‘all against all’ – something conspicuously assimilated by capitalism with its ‘dog-eat-dog’ pseudo-ethos. In the 20th-century the science of genetics made impressive strides, with the result that most people today would probably support the claim that our inherited genetic endowment is more decisive than our cultural (including educational) surroundings in determining our ‘character’ or personality, and hence, our actions. A more balanced view (which I support, and which is found among some geneticists too) amounts to the claim that both genetics and cultural forces contribute to our personalities and the manner in which we choose, or act.

In Freud’s parlance, this is tantamount to saying that the countervailing drives, or instincts, namely Eros (the life-drive, at the basis of all constructive cultural behaviour) and Thanatos (the death drive, underpinning all aggressiveness and conservative tendencies to hang on to the familiar rather than try something new) always find their expression in culture. For example, Thanatos is ‘tamed’ and channelled into acceptable behaviour through sport, and Eros finds expression in a great variety of erotic practices in different cultures. Put succinctly: if Eros and Thanatos are part of our ‘nature’, culture mitigates their unbridled expression by means of mediating cultural practices.

But what happens if, instead of culturally mitigating or ‘sublimating’ (as Freud might say) these natural forces within us through cultural institutions and habits, the latter turned out to exacerbate them instead? This, it seems to me, is the theme of the riveting television series (CBS and Warner Bros., 2014 to the present), The 100, developed by Jason Rothenberg and based on a novel-series by Kass Morgan.

The 100 is a post-apocalyptic narrative reminiscent of Ronald D. Moore’s Battlestar Galactica, but while the latter long-running series deals, like the Terminator movies, at length with the threat posed to humans by Artificial Intelligence in the form of robots (or Cylons), ‘The 100’ is less concerned with this theme than with the threat posed by humans to themselves – that is, to their own survival and that of a habitable environment (although an AI called A.L.I.E. is responsible for the nuclear apocalypse that wipes out almost all life on the planet in a programmed effort to solve the problem of human overpopulation). And the series locates this threat squarely in the inability of humans to restrain or defuse the death drive (Thanatos) in the guise of endemic, irrepressible, mutual aggressiveness, which asserts itself with sickening regularity, the attempts at peacemaking on the part of some characters notwithstanding.

The title of The 100 indexes the 100 juvenile ‘criminals’ that are sent back to Earth from the orbiting ‘Ark’ (to which some humans retreated), 97 years after the nuclear devastation, in an effort to determine whether conditions have improved to the point where they can return to Earth’s surface. It is not my intention here to reconstruct the entire, convoluted narrative, covering 6 seasons (with another, final season in the making; for that readers may consult Wikipedia. Rather, I want to highlight aspects of the series that bear out my contention, that it thematises the inability of humans to overcome, let alone eradicate, their innate tendency — diagnosed not only by Freud, but long before him by Thomas Hobbes, too – to engage in mutually destructive aggression towards one another, even when peace beckons as a possibility.

This is demonstrated early in the series when the eponymous ‘100’ young people encounter other people on Earth who are the descendants of those who survived the nuclear catastrophe. Despite the efforts of some of the ‘100’, to enter into a relationship of peaceful coexistence with the so-called ‘grounders’ — who are armed with swords, spears and bows and arrows — others among them torpedo the effort by attacking the grounders with their guns and initiating a cycle of conflict.

This pattern continues throughout the series’ various seasons, not only regarding the fraught relations between the ‘100’ — together with, eventually, the rest of the people from the Ark, who join them on the earth’s surface — and the grounders, led by a revered ‘Commander’ called Lexa, but also between the people from the Ark (called ‘Skykru’) and a group of people who survived the nuclear holocaust by retreating into a huge underground bunker in Mount Weather (with whom the grounders have been in conflict for decades). Add to this that conflict also erupts intermittently within the ranks of ‘Skykru’, as well as of the various clans of grounders, and it becomes very clear that, in this series, people are ruled by the death drive, despite the efforts of some to defuse it.

One of the original ‘100’, a character called Jasper, articulates this explicitly on more than one occasion when he tells his friend, Monty, that — as demonstrated by one disastrous, human-induced calamity after another — humans are “the problem”, and that the only ‘solution’ is to “break the cycle” — that is, for humans to eradicate themselves (as Jasper and a group of like-minded individuals actually do when they commit collective suicide in the face of another nuclear disaster, when all the remaining nuclear power plants on the planet go into meltdown). Much as one might want to disagree with such an extremely pessimistic anthropology, one cannot help but agree with the fictional Jasper – just look at the state of the world around us: Trump launching an assassination of an Iranian general that is bound to provoke more reprisals than just the Iranian rocket attacks on American positions in Iraq, reported today; the evidence that has come to light of arson in the devastating wildfires in Australia; the mounting evidence that humans are exacerbating, rather than ameliorating, the rapidly worsening climate conditions on the planet, and so on.

In The 100 this pessimism concerning humans’ proclivity for destruction is given an additional twist, insofar as some of the most (initially) appealing characters — including (but not limited to) Clarke, Bellamy and his sister, Octavia — are shown as causing destruction and death despite their contrary intentions. Which reminds one, yet again, of the wisdom of the Bard — William Shakespeare. Recall that, in King Lear, when the tragic events set in motion by a vain old king have started running their devastating course, Cordelia — his favourite, and only honest daughter, to boot — exclaims: “We are not the first
Who with best meaning have incurr’d the worst”. 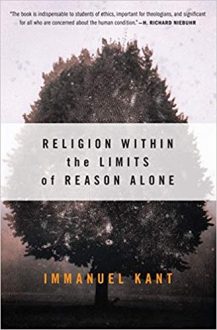 In a book written late in his life — Religion within the Limits of Reason Alone — the Enlightenment philosopher, Immanuel Kant, distinguished between two kinds of evil: radical evil and demonic (or diabolical) evil. The first, radical variety (from the Latin for ‘root’), is the evil that we cannot ever eradicate (uproot) from our being as a constant possibility (because we are morally free beings), even if we can choose against it. The second – diabolical evil – which Kant rejected, lest it undermine the very possibility of ethics, would be a kind of evil that would make of humans devilish beings insofar as we would always, without fail, do evil even when we intend to do good. It seems to me that the notion of evil that underpins The 100 is precisely such diabolical evil – and this alone should give us pause.

Speaking about sex isn’t easy, but it’s worth it

The social construction of beauty pageants

Do beauty pageants construct or dismantle psychological barriers that are disempowering for the contestants and audience?

The race for profits complicated racial identity in South Africa