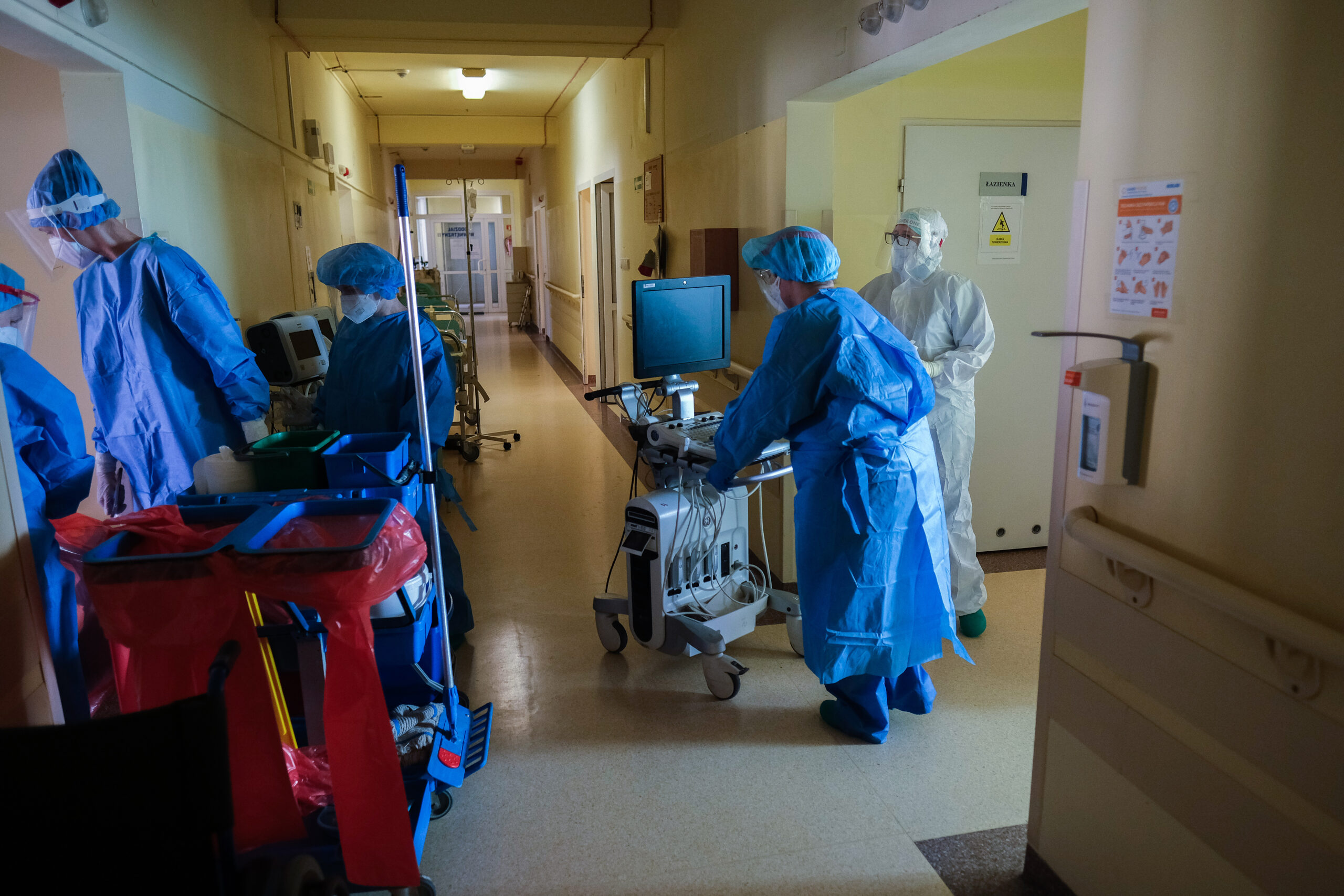 One of the best television series in a long time, now streaming on Netflix, New Amsterdam is evidently not very popular in the United States, judging by the critical reaction to it and it is not at all surprising. Just as that visionary Netflix series before it, Sense8 (on which I have written here before) which was cancelled because of a lukewarm reception in the US New Amsterdam does not seem to suit the collective American palate.

Why is this unsurprising (in both cases)? Simply because American culture is not ready for anything that constitutes a serious critique of its dominant consumerist, other-hating and plutocratic way of life. In the case of Sense8, this critique assumes the form of a luminous projection of a possible (but certainly not probable) society of the future, where – instead of merely paying lip service to acceptance of a variety of others (or otherness in general) in a politically correct manner – others are truly accepted, not merely tolerated. These “others” include individuals from other races and other genders, but by implication it extends to animals and plants as well – all living beings, in fact.

Why should the presentation of audio-visual image-sequences thematising otherness to audiences in America be found unpalatable, judging by the negative ratings of the series? Having lived in the US for six years, it is my firm belief that, despite the ubiquitous display of multicultural tolerance in that country, the explicit representation of, for example, gay and transgender sexual encounters (in addition to heterosexual sex) was just too much for most Americans, keeping in mind that at on level, it is a deeply conservative society. Paradigmatic of the kind of audiovisual image-configuration that seems to be repelled by the collective American psyche is one pivotal scene, where all the members of the Sense8 cluster are sexually intertwined in a kind of Dionysian or Bacchanalian assemblage.

It is a pity that American viewers were evidently so easily put off by a series that truly constitutes a heterotopia of sorts – “an other place” – beyond all the prejudices towards, and hatred of others, encountered in the extant world. Anyone who could emulate the “people to come” depicted in Sense8, would contribute to inaugurating an infinitely better world than the one we live in [for an elaboration on this theme, see my paper, A “people to come”: Sense8 as (critical) “minor cinema”.

Turning to New Amsterdam, one witnesses something similar to the negative response that befell Sense8 in America, but this time the reasons seem to me to have less to do with perceptual abjection – the inability to process the perceived images in an integrative manner because of certain, largely unconscious, conservative (homophobic) attitudes – and more with an economic mindset that conditions most American perceptions of economic relations and organisational structures.

The economic mindset concerned is neoliberal capitalism, of course, according to which any economic practice or strategy that does not benefit private parties (companies, etc.) is anathema. These totally unacceptable economic practices are those designed to help individuals who cannot afford the costs involved with making use of private companies, and precisely this contrast between an economic system designed to benefit those with money, and one that benefits those with insufficient financial resources, is the overarching theme of the series – carried out and elaborated upon with great insight and sensitivity.

In brief: regardless of the inanities spouted by most of the critics I have read, New Amsterdam demonstrates, in virtually every episode, how to bring humanity back into health care, resulting in a sometimes uneasy dance between doing justice to the needs of patients (who are always prioritised) and the demands of capital, which have to be considered up to a point to procure the medical equipment necessary to care for these patients.

Based on the book, Twelve Patients: Life and Death at Bellevue Hospital, by Eric Manheimer, New Amsterdam follows the lives of several medical professionals, chief among them perhaps being that of Dr Max Goodwin (Ryan Eggold), the newly appointed medical director at New Amsterdam hospital in New York.

Goodwin has to be singled out because of his stubborn determination to transform the hospital into one where patients’ needs are always put first, even at the cost of doctors’ interests. This is clearly signalled on his first day at the hospital when he fires the entire department of cardiothoracic surgery, later explained by citing their exclusive interest in making money, even at the cost of patients’ health. He immediately re-hires Dr Floyd Reynolds (Jocko Sims) to start a new cardiothoracic department, in light of his commitment shown in the past.

The staff at New Amsterdam soon realise that they are not in danger of losing their jobs, and as they get to know Goodwin better, they start demonstrating their incremental increase in well-being, because of the correlation between patient-prioritisation and the well-being of all staff members.

A case in point is when something happens that triggers Goodwin’s realisation that many of his staff are not well, that they are tired, for example, and some are undernourished. After painstakingly trying to pinpoint the causes of this state of affairs – through interviews, group sessions and so on – and noticing the repeated refrain of “We don’t have the time” he finally identifies time to be the locus of all the trouble.

His solution? He pools some of the money his staff spend on buses and trains to get to the hospital and back home every day, and hires a coach to do this on a daily basis – instead of having to switch between buses and trains and losing valuable time waiting for the next one to arrive, everyone can now sit comfortably until they are dropped at their own doorstep and fetched there again the next day. The result? Many who could not have supper with their families because of late arrival at home, can now do so, and they are more rested when they get to work.

One particular example of Goodwin’s benevolent and auspicious interventions concerns the role of Dr Helen Sharpe (Freema Agyeman, who also stars in Sense8), the head of the oncology department, who is a celebrity television personality and spends most of her time away from the hospital promoting her own, and the hospital’s image and interests – in the process garnering valuable investments. By giving her the choice of staying on and getting actively involved in practicing oncology again, or leaving the hospital’s employ, he awakens in her a renewed realisation that the reason she prioritised her celebrity activities was that she experienced the hospital as a place where she could not be the medical doctor she wants to be. But Goodwin has created the conditions where this can be the case, so she decides to stay.

Many of the most gratifying episodes focusing on the alleviation of suffering on the part of patients involve Sharpe’s medical knowledge and deep humanity, newly brought into the light by the transformation of health-care space through the courageous interventions by Goodwin, who challenges the neoliberal establishment wherever necessary, sometimes sparring with it, sometimes winning the fight and sometimes losing it – but always showing, through his example, that medical doctors and other professionals should never forget their commitment to patients’ well-being, as enshrined in the Hippocratic Oath.

I do not have the space here to elaborate on every aspect of New Amsterdam that embodies this (desired) return to the centrality of human beings’ health needs, given the fact that these are constantly undermined by neoliberalism. Suffice to say that every episode examines this, while not neglecting the development of the main characters’ lives and relationships (a central character loses a partner; there are tensions between the head of psychiatry and his husband because of child adoption; the head of the emergency room suffers the painful rehabilitative after-effects of a collision while she is in an ambulance; and so on. What I should add is that I have seldom seen a cinematic production that addresses difficult issues (sometimes very painful ones) – such as grieving for a lost loved one – with as much sensitivity as this series.

The most gratifying aspect of New Amsterdam, however, is its unapologetic, well-founded and courageous questioning, and denunciation, of neoliberal capitalist practices when it comes to health care, which invariably lead to the indescribable suffering, and unnecessary death, of patients. An egregious example of this is the practice – addressed in a specific episode – of dumping terminal patients at overburdened hospices instead of providing (“expensive”) palliative care in the hospitals themselves. For this, too, Goodwin finds a satisfying solution, at the cost of capital.

Directors of private hospitals in South Africa should view this series – they might just learn a few things about ethics.

Published in Equality, General and Health