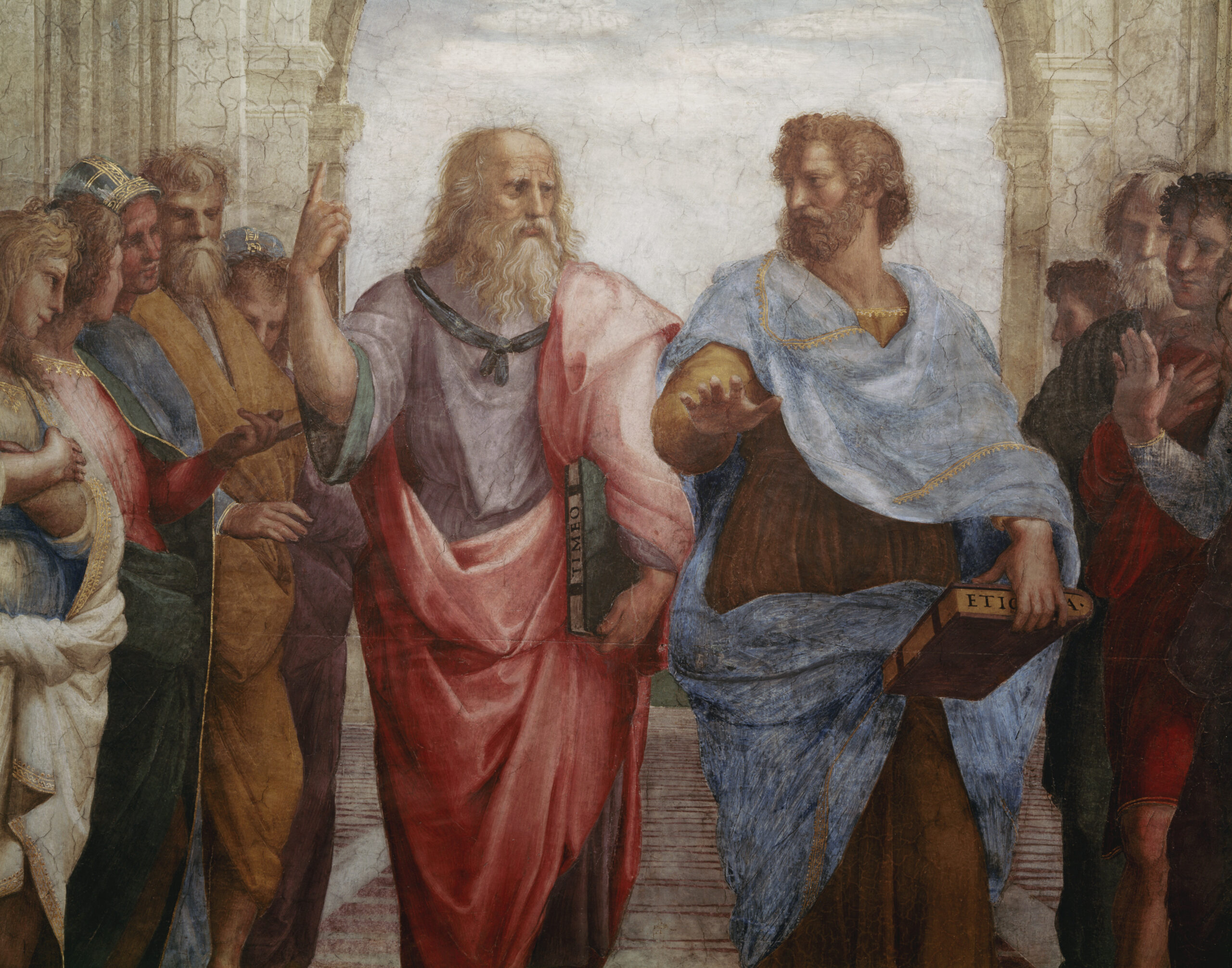 Genesis and Plato’s Aristophanes in the Symposium

I recently had occasion to return to Plato’s highly influential dialogue, Symposium, in relation to Sigmund Freud’s interpretation of it in his work. I was struck by another connection – that between Symposium and the story of Adam and Eve in Genesis, in the Christian Old Testament and the Jewish Torah.

There is a parallel, up to a point, between the account of the origin of “humans” in Genesis and that of Plato’s character, Aristophanes, in the Symposium – in both cases it is shown that humans have been alienated (“wounded”) from their “original” nature (characterised by “wholeness”) and that there may, or may not, be a way to overcome that wounded state, even if only temporarily.

The account in Plato’s Symposium goes more or less like this: originally humans did not look the way we look now; instead, they had two faces (looking in different directions), four legs and four arms, and were shaped in a circular fashion. They were very strong, and instead of running the way we do, they sort of rolled, or cartwheeled with their legs and arms all going very fast in the same direction, “head over heels”. They became so aware of their strength that they fancied themselves capable of overthrowing the gods, so they set about scaling Mount Olympus, where the gods lived.

The gods were somewhat taken aback by this hubris, and decided to teach these creatures a lesson, but not to destroy them altogether, because then they would no longer be there to worship the vain deities. Zeus therefore aimed his lightning bolts at these arrogant creatures, not with the purpose of killing them, but merely to weaken them. He cut each one of them into two parts, so that they had half the number of limbs and faces they had before, and healed their wounds so that they would not bleed to death.

In the confusion of being maimed like this the two halves of each creature became separated, and they were desperately trying to find their other halves. This, according to Aristophanes (in the Symposium), explains the erotic drive that humans as we know them – who are in fact only half the creatures they were before – display when they make love. The latter activity is a (futile) attempt to become one and be “whole” again, which is actualised only temporarily during lovemaking. A person’s love life is therefore, according to Plato’s Aristophanes, a series of efforts at finding one’s “other half” – which explains the familiar saying, “to look for one’s other half”. It goes back more than 2 000 years, all the way to Plato.

There are striking similarities between the myth Aristophanes tells of the hubristic beings in the Symposium, on the one hand, and the Genesis myth about the two “proto-humans”, on the other. Adam, having been created first by God, receives the gift of a “helpmeet” from God in the shape of Eve – fashioned out of his rib, no less.

(As an aside, the implied “secondariness” and required submissiveness of women are taken up in the 1949 film Adam’s Rib with Spencer Tracy and Katharine Hepburn as two lawyers, married to each other, and battling each other in a court case that implicates the question of men and women’s “equality”. It is not difficult to guess who wins.)

Instead of being separated from his other half, however, Adam is given his “other half” (woman, or Eve) by God, as an extension of his own body. Subsequently, though, Adam would “cleave unto” Eve (that is, he would “glue himself” to her, as it were), which corresponds to the separated half-creatures in the Aristophanes myth trying frantically to become one, or whole, again through sexual union.

In both cases these myths offer an explanation of what Plato (or the ancient Greeks) called Eros, and we commonly refer to as sexual love.

Another similarity between the two stories concerns the loss of “wholeness” by the creatures concerned. The circular beings in the Symposium lose their wholeness when Zeus cleaves each of them in two, while Adam and Eve lose their paradisiacal “wholeness” when they are banished from the garden of Eden because they ate forbidden fruit from the tree of knowledge (of good and evil). (Note the ambiguity of this word: “cleaves to” means adhere, or stick, closely to someone or something, while here it means “slice” or “cut”.)

The implication, that subsequent to eating the fruit of knowledge (of right and wrong), they became “human” as we understand the word – that is, someone with a moral capacity of choosing right or wrong – for the first time, is usually ignored when people refer to Adam and Eve as the “first humans”.

As paradisiacal beings (that is, beings who did not “lack” anything), they were “proto-human”, perhaps, but certainly not human insofar as the latter is, as Lacan avers, a “lacking” being.

The same may be said of Aristophanes’s “circular” beings – they did not need to have sex in an attempt to become one again, because they already enjoyed a kind of paradisiacal wholeness. (This makes their assault on the gods all the more puzzling, and suggests that they did experience themselves as wanting something more, which they perceived the gods as possessing.)

How do Genesis-humans find wholeness again, even if only temporarily? For Genesis the solution is more difficult, because postlapsarian humans have been turfed out of paradise, and it is through sorrowful labouring (and worshipping God) that they may hope to alleviate their travails to some extent. Moreover, Genesis emphasises the “sorrow” of “bring[ing] forth children” on the part of women, rather than the fleeting joy of sexual fusion.

Added to this is the ambiguity in Genesis that only subsequent to their banishment from the garden of Eden, it is said that Adam “knew Eve his wife, and she conceived” to give birth to Cain.

Why ambiguous? Because the prelapsarian Adam was already said to “cleave unto” Eve, which is difficult to imagine without sexual union. Insofar as only subsequent to the “fall” (that is, attaining knowledge of good and evil, and of shame, as shown in their sudden awareness that they were naked) it makes sense to think of Adam and Eve as making love (after all, they were no longer paradisiacal beings who lacked nothing), the earlier “cleaving unto” becomes somewhat problematical – except if taken in a purely metaphorical sense of “loyalty”. Nevertheless, Eros is cast in a distinctly less favourable and attractive light in Genesis, compared to Plato’s Symposium.

I do not have the space to do justice to Freud’s appropriation (in Civilisation and Its Discontents) of the Aristophanes myth in Plato’s Symposium. Suffice it to say that Freud’s account follows that of Plato’s Aristophanes quite closely, insofar as he depicts Eros (the life-drive) as the unifying, constructive force in human culture. Interestingly, however, Freud also posits a divisive, destructive force alongside Eros, namely Thanatos (the death drive, first introduced in Beyond the Pleasure Principle). It is introduced almost as a riposte to Plato/Aristophanes, implying in retrospect that the gods (or Zeus by name) introduced it into the world by destroying the initial “unity” of the circular beings, in this way simultaneously unleashing Eros as the countervailing power. In the context of his oeuvre Freud’s elaboration on this issue is too complex to pursue further here, though.