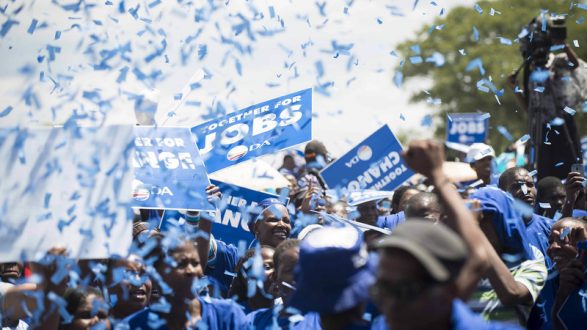 The need for decisive leadership that is ethical, and that is founded upon the premise of service, is universal. That being said, however, the reality of the situation of individual persons, who – by definition – are unique and singular; is that there is a concerted effort being made within the world’s society, theology, economy and polity to achieve the alienation of the uniqueness and singularity of the individual person, whilst achieving the acceptance and taking-up of the group-think perspective of individuals all being the same and all being similarly amenable to being considered first and foremost as members of a group, rather than as individuals on their own and in the own rights.

This being, in terms of the consideration of group rights, the priority of conservatives, nationalists, socialists, communists, workerists and theologicists alike. Liberals disagree with this perspective and adhere instead to the principles of liberalism which are:

We cannot ignore the reality of life, which proves that each person is an individual, and is both unique and singular. This reality is something that disproves the logic of conservatism, nationalism, socialism, communism, workerism and theologicism, and as such cannot be discounted. Therefore, it is a matter of course that if something is illogical and/or if something is not cogent, then it cannot be subscribed to by anyone who intends to represent such subscription as being logical and/or cogent.

We must strive at this time to strengthen the disposition of the individual, in order to protect the individual’s entitlement to liberty and freedom, and in order to encourage the individual to exercise their individual freedoms, rights and responsibilities. This must be the effort that is made in order to suppress and disregard, as being illogical and not cogent, any and all sorts, forms, types, traces, occurrences and manifestations of conservatism, nationalism, socialism, communism, workerism and theologicism, in their entireties whatsoever.

In order to establish the framework of an equal opportunity society, that provides for the aspirations of the both the weak and the strong, the poor and the rich, the uneducated and the educated alike, we determine that the citizenry must be individually charged with the responsibility of deciding whom will govern and whom will lead. We allocate to each citizen one vote that is non-transferable and irrevocable. These votes are drawn from each citizen individually and simply counted as being equal. No one citizen’s vote is more valuable, more important or more germane than any other citizen’s vote. This universal suffrage is a non-negotiable component of the liberal paradigm.

To some the state is that which possesses the monopoly over the threat of violence. To others the state is that which is possessed of the population, the territory, the identity and the sovereignty. Liberalism does not define the state as being either of these things, and instead chooses to stipulate that sovereignty within the dispensation of constitutional democracy and universal suffrage is that which guarantees that no authority is higher or more possessed of power than the constitution and its agents. Further that sovereignty must ensure that the elected government and leadership do not fall under the authority of persons who have not been elected by the citizenry.

While we consider the basis of human interaction as being of either need or want, we also consider the basis of human interaction as being either ethical or unethical. We stipulate in our constitutional democracy the supreme law, and the standards that all other law must satisfy. This law, is not intended to persecute or attack the citizens or the citizenry. After all, why would a citizen or the citizenry agree to a constitution that violated their individual freedoms, rights and responsibilities? It simply does not subsist at all.

So, the rule of law ensures that each and every person, regardless of status, is afforded an equal opportunity to access and be protected by justice. As this is applied, it is applied to citizens as individuals and demands that in order for the law to be functional, it must be considered through the institutions of the state and of the government at the lowest possible levels, bring it as closely into contact with the citizenry, as individuals, where they live and work. This means that in essence local government is more important than provincial government which is more important than national government.

In order for this system to work it must exist and be executed by ethical means, by ethical leaders and by ethical leadership. The actual set of ethics being codified in the constitution, the constitutional democracy and the laws that satisfy those constitutional standards. That means that the law will be upheld and executed in a lawful manner that does not violate individual freedoms, rights and responsibilities and that the representation of the citizenry, as individual citizens, will take place at the closest possible level to the citizens and citizenry so that their actual demands are heard, acted upon and respected.

An extension of the logic of the individual freedoms, rights and responsibilities is the argument for competition to exist and flourish between individuals, for individuals to be entitled to trade freely and for the market to drive the economy. This is directly opposed to the machinations of the opponents of liberalism, that would have there be no competition between individuals, but rather collusion between some, and the contesting for space between the large blocs of collusion and between the small blocs of collusion.

Further to this the opponents of liberalism would see that there would be no free trade or free enterprise, but rather organised systems of exchange that fixed terms and natures of trade and enterprise, ostensibly for the greater good. Finally, the opponents of liberalism do not propose a market economy but rather choose a command economy that is centred on the aggregated needs of the people, not as unique and singular individuals, and driven by fixed and highly-regulated trade and enterprise.

The virtue of competition is that it propagates innovation and invention, that it reduces prices, strengthens currencies, increases trade volumes and stimulates economic growth while engaging an ever-increasing number of citizens in economic activities. The reality of free enterprise is that it deconstructs the notion of barriers to market entry, while simultaneously bringing entrepreneurs to market in a creative process that empowers the individual to become a factor for economic growth and development. The simplicity of the market economy is that market forces either accept or reject a market offering, in a manner that determines whether demand and supply are aggregated to effectively invest volumes traded in a particular market offering or not.

Every effort must be made to promote the principles of liberalism in a manner that strengthens the position of individuals and promotes the argument for competition, free enterprise and market economy if we are to ensure that the future world is able to survive and thrive. It would be foolish to allow the opponents of liberalism to gain even so much as a foothold, as this would seriously waste economic time and resources. If we are to create a society, theology, economy and polity that is predicated upon equal opportunity, then we must prioritise the promotion of the principles of liberalism.

My best wishes to the Democratic Alliance in its endeavours to distinguish itself as a political party that is distinct from all other political parties,