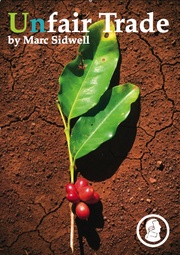 “What developing countries need is to develop, not to have their present conditions of life and work preserved like a museum exhibit,” writes Janet Daley in a column prompted by a report that finds “fair trade” to be fundamentally unfair. Thanks to Alex Matthews, over at the excellent classical liberal blog AfroDissident, for alerting me to his own post on the subject. (Granted, he did so two weeks ago, but I have been very patchily connected, thanks to the electronic-frying power of blackouts.)

As you glide along the supermarket aisle past the smartly packaged Fairtrade coffee and guiltily slip the cheaper arabica into your trolley instead, you may ask yourself how much good your overpriced purchase of the Fairtrade stuff would have done anyway.

Well, now you know. Today’s report from the Adam Smith Institute (summary here, or full report in PDF here) will probably confirm your suspicion: Fairtrade labelling is largely a marketing ploy that makes clever use of the almost infinite capacity for guilt harboured by the residents of wealthy countries over the condition of those in poorer ones, even though that condition is, in no rational sense, their fault.

But rational thinking does not come into this: you and your heaped shopping trolley represent wealth and security, which you have a vague but pretty firm notion that the people who harvest the coffee beans do not have. So maybe you are persuaded to make a gesture: a small strike against “exploitation” and global greed and (if you are old enough to remember this epithet) “corporate capitalism”. And you feel better about yourself.

It transpires that a very small number of farmers are getting a subsidised fixed price for their produce under Fairtrade franchises, and that this is at the expense of most other farmers in their regions, who are actually worse off as a result.

By sustaining agricultural activity that would not otherwise be sustainable in the global marketplace, it keeps backward populations from developing other forms of modern economic activity that might help them climb out of their backwardness. In order to permit wealthy people to indulge in a bit of sentimental largesse, it effectively preserves an anachronism that locks some of the poorest people in the world in backwaters of primitive economic existence.

What developing countries need is to develop, not to have their present conditions of life and work preserved like a museum exhibit. And the greatest aid to real development — and the proven route out of mass poverty — is through free trade, not Fairtrade.

All of which should cause us to reflect on the various misuses of the word “fair”, and its even more pernicious noun form “fairness”, as it is bandied about in political discourse. As received opinion has it, “fair” means “equal” — in the strict literal sense of the word. Distribution of wealth in a society is “fair” if nobody has much more than anybody else — however much harder they may have worked, or however singular and disciplined their talents may be.

The corollary of this is that taxation helps to ensure “fairness” by seeing to it that those who earn more than others have more of their income confiscated. On this formulation, disparities of wealth are inherently wicked. This is a moral philosophy that you may or may not find attractive. But if you do, you will have to accept that it is fundamentally totalitarian. Disparities of wealth are a sign of a dynamic free-market economy in which some sectors are invariably expanding while others contract: at any given moment, some people’s lot will be improving ahead of others’.

It is ironic that the very same people who are committed to the idea that “fair” must mean “the same” talk endlessly about “opportunity”. Nothing is a greater killer of opportunities than uniformity.

How have we come to accept such vindictive uses of the word “fair”?

Of course it was initially the fault of the left and its special pleading lobbies, which — like some Fairtrade promoters — had a lot to gain. But the right has been complicit: it has surrendered words like “fairness” and “opportunity” — and accepted caricatures of other words such as “selfish” and “greedy” — with scarcely a murmur of dissent.

Romantic notions of the noble savage, of the beauty of the supposedly traditional pursuits of poor people, are very common. Many developing countries actively play into this misguided view that Westerners have of them. I cannot count how often I’ve seen beadcraft workshops in South Africa, as if this is the route out of poverty, or wire sculptures in museums, as if simple crafts are thereby ennobled. The only effect of indulging this romantic, condescending image of Africa is to create an industry that produces singularly uniform curios that delight clueless rich people. Absurdly tall wooden giraffes may be a wonderful way to part a fat prat from his dollars, but it is hardly the best route out of poverty.

Do read the full report (PDF); it’s worth it.

In fairness, here’s the rebuttal by the Fairtrade Foundation. It may not surprise you that it finds the report to be utter rubbish, motivated by evil agendas.

It says: “Releasing this report when thousands of people are trying to make a difference to global poverty by promoting Fairtrade products is an insult to the effort and commitment of Fairtrade producers and their supporters in the UK.” Ag shame. Good intentions are so, well, good.

“Moreover, the opinions in this report will be rebutted by the producers themselves during Fairtrade Fortnight …” Well sure, but those producers are of “the very small number” cited in the Adam Smith Institute report. Besides, they comment on only a very limited fact: that they get paid more for their coffee. Of course they’re going to say that’s a good thing. They’re hardly likely to consider their personal windfall in the context of the macro-economic impact on development.

“Those of us who have had the privilege of seeing and hearing at first hand the difference that Fairtrade makes to poor communities are not going to be persuaded otherwise by the rehashing of simplistic economic theories.” Indeed. Economic theory has seldom stood in the way of socialist, statist, collectivist or protectionist preachers. Especially not when there’s money to be made from gullible saps.