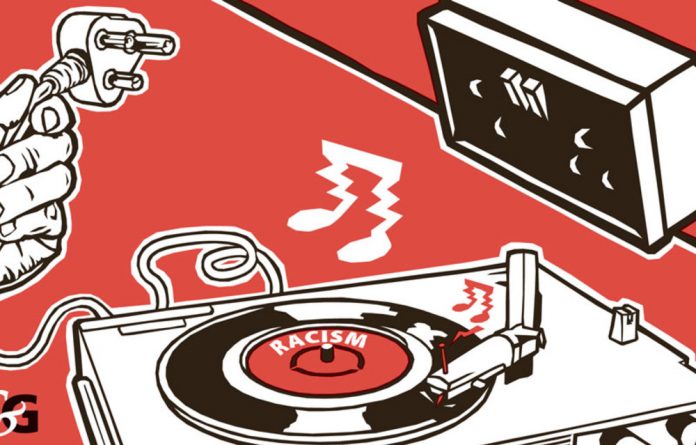 Escaping the laager of racialised politics

In concluding remarks to a recent debate on our tragic days in July, lawyer Brent Williams reminds us how readily we fall back into the four apartheid categories that still dominate South Africa in 2021. “Are we going to accede that the apartheid project was [so] successful [that] in our despair, the best we can come up with is a retreat into our own laagers?”  Left unaddressed was why we’re still haunted by these manufactured “races”.

How and why did post-apartheid South Africa become racialised?

If the obviousness of the very question surprises, this is a measure of how quickly we’ve forgotten the short history of our “new” South Africa.

The retelling of this period must begin with a reminder: race written into human DNA is scientific nonsense. There are no specifically racial determinations or predispositions to anything. Yet even a ready agreement that race is entirely a social construct and even a further agreement that race was a construction co-terminus with the mainly 16th-century introduction of European slavery and, still further, that it was extended – ultimately by apartheid – to justify the dehumanisation of Africans, is evidently forgotten in our lived experience. Thus, we are now entirely comfortable with what were once the reviled apartheid categories: the inventions of African, coloured, Indian and white.

We have, additionally, quickly managed to forget the disquiet that initially made even the word “race” too painful to use. Similarly, nonracialism – a founding principle of South Africa’s constitution – was soon relegated to being “aspirational”. “Race” had to be reconstructed. President Thabo Mbeki was the principal architect, a role forced on him by his objective of creating his “black bourgeoisie”.

Along with the freedom given to all of us by 1994 was the entirely new political power now (unequally) exercised by black leaders acutely aware of having no commensurate economic power. The would-be capitalists of the new, non-racial South Africa faced the dilemma of how to become capitalists without capital. Affirmative action, preferential state procurement and BEE soon followed, as the legal products of political power, with corruption being the illegal bedfellow. Wealth began flowing into black hands, whether legally or not.

But there was an unexpected obstacle: how to reconcile this new wealth with their former revolutionary commitments to the black majority who remained locked in their poverty?

Mbeki addressed this problem in 1999, when speaking about black guilt. The wealth of the new black elite created black inequalities disquietingly reminiscent of the (still fresh in mind) racialised apartheid inequalities.

This, he said, “frightens and embarrasses all those of us who are black and might be part of the new rich. Accordingly, we walk as far and as fast as we can from the notion that the struggle against racism in our country must include the objective of creating a black bourgeoisie”.

Mbeki hastened to reassure his audience that these fears were unfounded. “We… [must] abandon our embarrassment about the possibility of the emergence of successful and therefore prosperous black owners”.  Saying that “the deracialisation of… ownership”, created the non-racial society prescribed by the constitution and, moreover, that black wealth was integral to the ANC’s “central task” of “the defeat and elimination of racism”, however, failed to strike the intended chord. Championing race to achieve nonracialism didn’t resonate sufficiently well.

Five years later, in November 2004, ANC leader Smuts Ngonyama tried a less tortured approach. Defending his involvement in a BEE deal – a R6.6-billion stake in Telkom, with a likely profit of over R150-million – he spoke plainly: “I didn’t join the struggle to be poor.”

Unfortunately for him (and all the others), telling the truth merely made his words notorious. Acknowledging class self-interest was clearly not the way to go.

Mbeki’s black bourgeoisie had to wait until 2016 before they stumbled on a sure winner: make race, not class or nonracialism, the focus. Welcome to white monopoly capital (WMC) – Note: not capitalism, but just the colour of the capital.

The racialised appeal was immediate. It fed directly into the requirement for growing blackness to have its competing identity, the necessary other. With “race always being a relational construct” – as Deborah Posel points out – the meaning of Blackness both implies and depends on Whiteness (both capitalised to denote their politically infused identity . Whiteness made redundant the need to explain the decidedly obscure term WMC. Whiteness alone suffices to turn it into enemy number one, into White Supremacy, into the need for decolonisation. At a stroke, Whiteness s meets all that is required of an instantly recognised and powerfully evocative other – the perfect antagonist.

There are also contingent bonuses, including:

Racialising wealth, courtesy of the White Other, enriches black wealth in yet another major way.

Wealth is only one face of the inequality disfiguring South Africa. Black poverty is the other. However, because Africans are 80% of our population and workers, the unemployed and the otherwise excluded constitute most South Africans. These demographics alone ensure its permanency, in an economy unavoidably producing poverty as a by-product of wealth.

Moreover, no searchlight is needed to enhance the visibility of poor Africans. And it is specifically Africans that count. It is they – “our people” – who are heavily prioritised in the standardised formula of blacks in general, Africans in particular.

Enabling this description to be conflated into an in-your-face racialisation with pretensions to scientific analysis requires the Employment Equity Act (EEA). But not the parliamentary one passed in 1998, nor any of its subsequent amendments. All statistics having anything to do with demography, employment, and equality, that is, all the statistics using the apartheid categories of African, coloured and Indian are impostors: not only are they not to be found in the Employment Equity Acts but they were expressly rejected by Parliament in 1998.

Parliament – like most of us – has never questioned this continued recycling of apartheid’s hated “races”. This is why the idea of racialised poverty remains – as intended – as unquestioned as white wealth.

This story has been told many times elsewhere.

Racialised poverty – poverty with its black face – hides not only the enormous wealth of the black bourgeoisie, but the power of the “black” government to alleviate it.

That the racialised inequality we too readily take to be a South African exclusive is – or, at least, might be – manufactured out of the White Other, that it does so with further buttressing by doctored official statistics offered as (implicitly) analytic proof, is a reminder of the global ubiquity of the inequality that is as old as capitalism itself. However, this worldwide feature is not without its South African particularities.

Classical racial capitalism – the period from the discovery of diamonds and gold to the terminal days of apartheid – perfectly encapsulates the dehumanisation of African labour that enriched not only the formal capitalists but the whole of White society (including those usually seen to be workers); a society built on and around the otherwise unconscionable exploitation racism made respectable.

In today’s inverted form, a now politically liberated African elite uses racism against the former whites to force open the treasury vault to which entrenched white monopoly held the only key. White guilt and fear help in making this possible.

Capitalism, the constant in both the original and current forms of racial capitalism, ensures the production and reproduction of inequality.

Liberation from the laager

It’s easy. Just remember that race is both a social construct and the perfect class camouflage. The manufacturing of apartheid’s “races” reinforces capitalism, regardless of racial colour.

Yet, this new beginning demands answers to its own immediate questions. For instance:  why has “race” now become so dominant in many parts of the world? Even more challenging is the recognition that race is but one of the many forms taken by identity – that something without which our lives seem meaningless; that something for which we – most people, everywhere, since the beginning of time – are ready to kill and die.

This article is a modified version of one the author wrote for the Daily Maverick on 23 July.