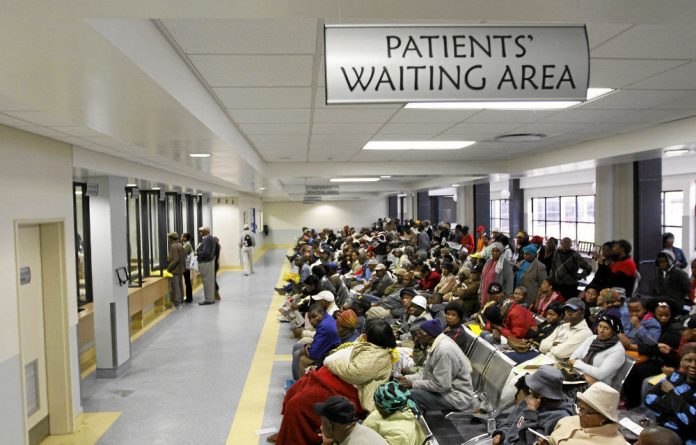 During his reading of a speech to the people of South Africa on Wednesday May 13, President Cyril Ramaphosa referred again to the idea of saving lives. He has done so in every one of the addresses to the nation since the start of the Covid-19 fiasco. This is how it was worded on May 13: “By answering the call to stay at home and stay safe, you, the people of South Africa, have helped us to save many lives.”

First, it’s not a call to stay at home, it’s a command, and in many places in South Africa, the command is being enforced by the police, the army and even by civilians. I live in a semi-rural area on the outskirts of Port Elizabeth and every day the cops pull people over at the T-junction where our gravel road meets a provincial road. The freeway route into PE is also throttled by a nearly permanent roadblock. On Sunday, I was confronted by an officious man for daring to venture out beyond the nonsensical exercise times mandated by the government.

Second, it is unclear if one-size-fits-all, authoritarian lockdowns prevent the overall number of lives lost to a deadly virus compared with the numerous other options that are available for responding to a pandemic. The approaches of Sweden, Taiwan and South Korea are a few instances of what may be referred to as lenient responses to dealing with the spread of the virus. In various other countries, for example the United Kingdom, lockdowns are not enforced in any serious manner. There is no consensus among experts if lockdowns are the preferred route – see, for examples, the commentary provided by Professor Johan Giesecke, Nobel Prize winner Professor Michael Levitt, Professor John Ioannidis, Professor Sucharit Bhakdi, Professor Knut Wittkowski, and Professor David Katz.

In response to my second point, I have often been told that South Africa is different and needs a heavy-handed approach. The reasoning here is that South Africans are, for various reasons, more likely to ignore the health and safety guidelines, so a heavy-handed enforced lockdown is the only option. The irony is that it is impossible to lock down a township. So proponents of the heavy-handed approach are really defending the ideal of a full lockdown. The reality is quite different. This is very difficult to stomach when being stopped by a cop who invariably and disrespectfully grunts, “Where is your permit?”

Third, as should be well known by now, it is unclear if the deaths allegedly from Covid-19 will outweigh the long-term deaths caused by the lockdown.

I say allegedly not because I think the virus is harmless, but because — and this is point number four — in most instances of death there are either one or more underlying conditions that classify the victim as at-risk from dying with any additional illness, or they are well over the age of 60. This is not to devalue the lives of sick and older people. Rather, it is to highlight the importance of a political response that is proportionate to the risks posed by a threat. With most men in South Africa dying before the age of 60 in pre-Covid-19 conditions, and with only 3% of the population being over the age of 65, it is unclear if the ridiculously draconian lockdown was or is proportionate to the threat.

The number of positive tests divided by the total number of tests conducted does not provide an accurate death rate — only antibodies testing can provide a clearer picture of this. Testing statistics can only show if the virus is present in a given location, and overall results compared over time can provide some indication of whether the spread of the virus is accelerating or slowing. Nobody knows how many people have or have had the virus in South Africa. So Ramaphosa compared “meaningless” numbers with another “meaningless” number when he read the following: the “best current estimate is that, without the lockdown and the other measures we have taken, at least 80 000 South Africans could have been infected by now”.

Sixth, lockdowns may buy some time for hospitals to prepare for the worst-case scenario (even if it doesn’t occur), for extra emergency hospital centres to be organised and for a nationwide increase in hygiene measures to unroll. That’s why many of us thought we were going into lockdown in the first place: to buy time. It turns out that Ramaphosa agrees, but went an extra step towards the impossible: “We should never forget that the purpose of the lockdown was to delay the spread of the virus and prevent a huge surge of infections.” Does he really think that there will not be a surge of infections as the lockdown is lifted? If he were to believe this, he would be taking a different stance to Salim Abdool Karim, the public face of the Covid-19 scientific team, who “insists repeatedly that this country cannot avoid a ‘severe’ outbreak.”

Ramaphosa said in his May 13 speech that without “the lockdown the number of coronavirus infections would have soared uncontrollably, our health facilities would have been overwhelmed and many thousands more South Africans would have died”. This statement is full of half-truths, if not outright lies. Sure, without some kind of concerted action, infections would have soared, perhaps uncontrollably, but perhaps not. Concerted efforts did not have to entail one-size-fits-all lockdowns of any kind. It is unknown that health facilities would have been overwhelmed, because such a scenario only manifested in a few cities globally, largely because no action was taken before it was too late.

It is unknown if, under a more lenient national response to the virus, “many thousands more South Africans would have died”. Various countries where lenient measures were taken (and where the population is much older than in South Africa) saw no such increase in deaths in comparison to various other countries where harder lockdowns occurred (but not as hard as in South Africa). Even if early death rates are different between countries, longer-term death rates may show a balancing-out effect. To speak early of the success of the lockdown for saving lives is misleading.

Ramaphosa said that “from the very beginning, our response has been guided by advice from world-leading experts from our own country and across the globe”. Obviously the list of experts excludes those who cautioned against locking down — those who pointed out that the long-term costs of lock-down would outweigh its benefits, who pointed out that outbreaks cannot be prevented, and who spoke of early herd immunity being a more realistic route. Ramaphosa stated further that, “We have also benefited from the guidance from the World Health Organisation [WHO].” This should raise the alarm bells, because the WHO used the “meaningless” death-rate of 3.4% when it declared a pandemic at the end of January, and was also found guilty of several major misdemeanours by a European Council in its attempt to declare a pandemic in 2009.

After Ramaphosa read the half-truths, lies, and other rhetorical niceties fitting for a paternalistic authoritarian, he then read a major truth: “We have introduced several vital measures to support the companies, workers and households that have been severely affected by the lockdown.” Spot-on, Mr President. The mess was not created by a virus, but by various government responses to a virus. The responses were not guided by pandemic rules written in stone, waiting to be dragged out for when a pandemic hits. They were created, announced and enforced by powerful political entities that clearly have no problem in telling lies and half-truths to the public they control with increasing levels of intervention, interference and force.