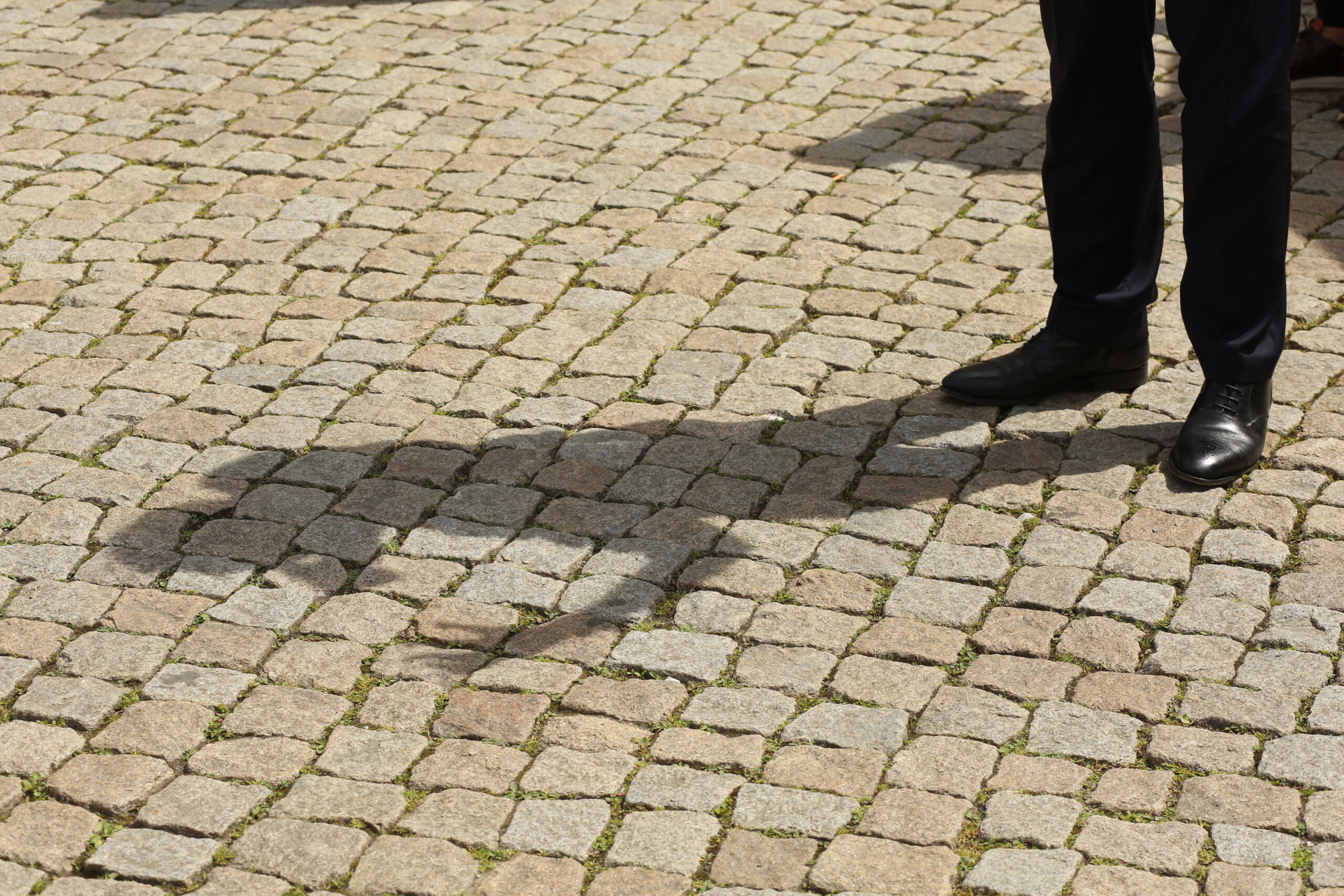 People tend to think in linear, causal ways, governed by a value structure that is binary — “binary oppositions” such as black and white, women and men, language and sensibility, and high and low.

Linearity implies that something specific supposedly always precedes some other specific event in causal terms, and that it is unthinkable that such a causal chain could be broken (“if a, then b”, which easily leads to the illogical reversal, namely “b, therefore a preceded it”, called the “affirmation of the consequent” in logic).

Binarism entails thinking and judging along the lines of opposites that are not “true” opposites, and are not arranged horizontally, but vertically as far as presumed value is concerned.

So, for instance, traditionally the binary pair, woman and man, have been arranged in a “violent (vertical) hierarchy”, with “man” being in the upper and “woman” in the lower position, which is another way to describe patriarchy. In racial terms, the same goes for “white” and “black”, an instance that demonstrates what it means to say that binary opposites are not true opposites. Since when is a black person the “opposite” of a white person? They are “different” as far as the pigmentation of their skins is concerned.

In other words, to think in binary terms always entails a value judgment and an implicit assumption regarding power relations.

Binary and linear thinking may further be said to impoverish the complexity of life. Imagine a racist, who sees the world divided into black people and white people. Such a person has to group all people who are “not-white” in the category “black”, because the moment he/she starts differentiating among “black” people, he/she has to recognise that the binary prejudice does not hold. Imagine the bafflement of such a person in a situation where there are people from a variety of races (or cultures) and, in the course of a conversation, it becomes apparent that there is no clear split in political opinion along the prejudicial binary lines of “white” and “black”. Such a person would have to learn to swim very quickly, or else sink in the waters of unjustifiable racial predisposition.

I had friends who had left South Africa to register their protest against apartheid. They lived in Brooklyn, New York, and we sometimes debated the choice, “to leave or to stay in South Africa if you opposed apartheid”. They had an interesting reason, among others, for leaving: they said they did not want their children to attend racially segregated schools, which was why they had settled in Brooklyn, with its characteristically racially variegated schools.

Complexity surfaced in the course of our debates when we realised that, although we had different responses to the question of leaving or staying, we all opposed apartheid. I learnt to accept their decision to leave for the sake of educating their children in a “non-racial” environment, and they learnt to acknowledge that my reason to stay was also valid, namely to oppose apartheid in my professional medium of existence, academia.

How so, you may wonder. Was I going to plant explosives in lecture halls at universities? Again the principle of complexity obtrudes itself: there are more ways than one to fight something (which Deleuze knew, considering his observation that we just have to find “new weapons”). In my case, I fought apartheid at a discursive level — by arguing against racism in my lectures and in my publications.

If this sounds disingenuous, consider speech-act theory, which is predicated on the insight, that “to speak is to act”, or discourse theory, where “discourse” is defined as “the convergence of linguistic meaning and power relations” (as in patriarchal discourse or, on the other hand, feminist discourse, respectively).

Considering this counter-intuitive understanding of language again points to the sometimes unexpected complexity of life, in this instance of language, which is shown to be more than it is usually taken to be — or, to put it in more appropriately “complex” terms: speech-act theory and discourse theory demonstrate that the old Aristotelian identitarian principle, “a=a”, which implies that “a cannot equal b”, is subverted by “a=a and b”. Language is not only a means to communicate; it is a way of acting too.

Another demonstration of such complexity occurs at the level of human identity. We normally assume that a person — say, Helen — is unequivocally “herself”, and not anything else. In Lacanian theory this is shown not to be the case, by scrutinising Helen as a human subject along the intertwined lines of Lacan’s notion of the subject. The latter comprises three interwoven registers, namely the “real” (the register of that which cannot be symbolised in language), the imaginary (the register of the self as identifiable “ego”) and the symbolic (the register of language as discourse). In Helen’s case, this means that her “identity” is complex; in other words, that it is more than one thing simultaneously: as “real” she surpasses everything that has hitherto been known about her, and that could ever be known about her, for instance that she is a latent kleptomaniac, or a latent saint – all these possibilities, or what Deleuze and Guattari would call “virtualities”, are not merely “unconscious”, but “foreclosed”, excluded from the psyche altogether.

As “imaginary” she is the Helen she is usually taken to be: someone with a name, a certain describable and picturable appearance, with an address, a telephone number and so on. As “symbolic” she is the Helen who is the subject of language as discourse — as a human subject, she is ineluctably enmeshed in power relations of some kind (patriarchal or emancipated), but it is also more than that. She is either the subject of “what is said” (subject to power relations), or the subject of “the saying” the saying subject), which represents “the (unconscious, un-objectifiable) position from where she speaks”, unlike that of “what is said”, which occurs at a conscious level.

The unconscious position of being the “subject of the saying” is in a certain sense the true character of the human subject, where the repressed (unconscious) “truth” of oneself is located, which is why Lacan reverses Descartes’s dictum of rationalist certainty, the well-known “I think therefore I am”, to the Lacanian: ”I think where I am not, and I am where I do not think to think”. This introduces an element of radical uncertainty into human subjectivity, if not human identity, somewhat akin to Heisenberg’s indeterminacy principle in quantum mechanics.

The implication is this: do not ever be too certain of who you are; that certainty is all too often subverted at an unconscious (or worse, “real”) level. It would take someone skilled at psychoanalytical analysis to tease out who you truly are by following the threads of your discourse, because it is interspersed by tell-tale triggers of your true “desire”, or what Lacan calls your “objects petit a” — “little other objects”, such as a slip of the tongue or an object you treat as a fetish.  Complexity is systematically studied and theorised in what is known as “complexity theory”, of which Lacan’s (and Deleuze’s) work forms part. A good place to start looking at complexity theory is Urie Bronfenbrenner’s ecological theory for human development (called “develecology”), which focuses on the kind of relations involved in social systems and subsystems (which he called microsystems, mesosystems, exosystems, macrosystems, chronosystems, and ecosystem, respectively). It focuses on human or social ecology within an encompassing ecological system, and shows how everything in and around an individual’s life is interconnected and co-determines his or her life and well-being in complex ways.