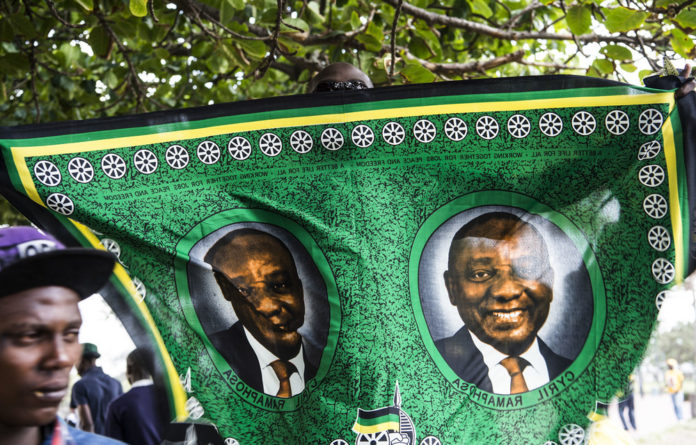 Crooks in ANC thrive because they ride on Ramaphosa’s credibility

President Cyril Ramaphosa’s influence over the ANC can be evaluated from various viewpoints. Ultimately, it is the country that matters and not the ANC. But sentiments by “leaders” such as former eThekwini mayor Zandile Gumede, who was arrested in connection with corruption regarding a waste disposal tender worth about R400-million, that “there is no country without the ANC” tend to resonate with many in the party.

Some used to reiterate that “the ANC will lead until Jesus comes”, only to be bothered by an almost coming of the son of God when the organisation lost majority control in four metropolitan municipalities — Ekurhuleni, Johannesburg, Tshwane and Nelson Mandela Bay — in 2016.

When Ramaphosa ascended to the seat of power in the ANC, people hoped he would reverse the declining fortunes of the party. One of its leaders, Gwede Mantashe, was so eager to sell this dream that he pronounced: “The ANC now has a president who is rich and would therefore not be tempted to steal.”

But this is not the nature of the rot in the ANC. Most corruption happens in the procurement process, which does not involve the president. The problem is the ANC has become morally bankrupt and is unable to embody the revolutionary consciousness once associated with it. The party no longer loves the people; instead it steals the meagre resources intended for people’s development.

Ramaphosa has not been able to instill an ethic and influence that embodies his set of values on the organisation. But do we know what his values are? It is difficult to say because there has not been great scrutiny at how he built his wealth. Many have assumed that because he was a businessman he was ethical in his conduct. But much of the Competition Commission’s work has shown us the unscrupulous nature of corporate companies. Misdemeanor of corporates is branded as collusion, unfair pricing, price escalation and barely as criminal.

When Ramaphosa came with a promise of “a new dawn”, people believed the president. But the sun is yet to shine. Possibly the president overplayed his influence. Let’s recall his path to power. Ramaphosa did not possess organic internal support in the ANC. It was external support that propelled him — from ANC voters threatening to abandon the party should it not elect Ramaphosa as president.

Ramaphosa’s blind spot was his ambition to be president of the Republic. His turn passed by when Mandela chose Thabo Mbeki as his deputy president in 1994. Now he finds himself leading — but with people he dislikes. They compromise him and make it impossible for him to build a positive Mandela-esque legacy, or any legacy. He has no constituency in the ANC.

Ramaphosa’s ascendency depended on people who held no significantly powerful positions in the ANC. His fundraising committee was filled by Sifiso Dabengwa, Marion Sparg and Donne Nicol. Currently his political adviser is Steyn Speed. All these people are outliers in the ANC.

So who supports Ramaphosa? It is the corrupt Eastern Cape province, the troublesome Limpopo province, the uncertain Gauteng province notorious for its Alex mafia – a corrupt gang that leverages on tenders in the province. Ramaphosa is compromised because of them. Hence the reason he resorted to public relations accountability. He often says things to boost his image. As he does this, the crooks in the ANC thrive because, while their intentions are divergent from Ramaphosa’s, they continue to ride on his credibility. This renders Ramaphosa impotent in the ANC because he is being used. What will it cost him to reclaim his independence? Perhaps the presidency.

Does the president have moral authority to lead the fight against corruption? The #CR17 campaign funds have been an albatross for the president. He was alleged to have benefitted from donations that sought to fracture, morally corrupt and buy votes in the ANC. This may have been a good strategy given that in 2017 it was obvious that those who did not play the game would never emerge victorious in ANC conferences.

To regain the moral high ground he ought to have said: “I had to beat them in their own game”. He would then have been able to disclose all his donors, the beneficiaries and how they spent the money towards his campaign. Ramaphosa missed the point. The public goodwill that ushered him into office would have made it possible for him to be forgiven for how he got into office, if he was using the office for the benefit of citizens. Unfortunately he is not.

In March this year the high court in Pretoria set aside public protector Busisiwe Mkhwebane’s report into the CR17 campaign, saying her findings were “confused”, “inexplicable” and “irrational”.

The president must take South Africans into his confidence. He barely makes a habit to take media questions when he addresses the nation. The complicity of the media in this is a story for another day. The president relies on formal channels of communication such as question and answer sessions in parliament. You must define yourself differently to stand out. The president has failed to do this. While appointing a plethora of public bodies to turn the tide against “state capture”, the president’s personal conduct does not spell a new dawn.

As this president attempts to assert himself, re-orient the ANC and stamp his authority, there is an important question to ask: can the ANC survive without corruption? When severely implemented, corruption can act as the glue that binds an organisation with factions alternating their sway and influence over the corrupt practices, as if “dedela abanye” (make way for others) were thriving. If Ramaphosa seeks to fight corruption it must be in a manner that does not take factional patterns, expressly stated — he must forego ambitions of a second term. The ANC uses corruption to reconfigure rent seeking patterns, cripple factions and win over adversaries.

In this instance Ramaphosa is rendered powerless because he has not defined his ultimate goal for the ANC, nor has he charted his points of compromise while ensuring he remains ultimately in power.