By the term, ‘criminality’, I don’t simply mean the perpetration of crime, or criminal acts; I have in mind something far more fundamental, even primal, in the sense of that which remains behind when criminologists, sociologists, psychologists and psychiatrists have exhausted all avenues of causal explanation when it comes to the ‘grounds’ or causal antecedents they are able to uncover in the event of criminal deeds — particularly violent ones such as murder.

I am not at all disputing the fact that, as the famous sociologist, Emile Durkheim, pointed out, one might understand crime as an indication that the society in which it occurs is not what it should be, that is, that it is experienced by some people (the criminals) as being unjust, or unfair, or simply unacceptable. In other words, some crimes can be explained in terms of the social milieu in which they happen. But there are others – the darkest, most inexplicably brutal ones – that seem to defy such an easy way out, as it were.

Some of you may recall the film noir masterpiece, 8MM or Eight Millimeter (directed by Joel Schumacher, Columbia 1999), where Nicholas Cage plays a private detective, Tom Welles, who is contracted by an elderly woman (Mrs Christian) to find out whether the 8mm film found among the belongings of her very wealthy, recently deceased, husband (ironically named Mr Christian) ostensibly depicting the murder of a young woman, or girl, is authentic. The film in question belongs to the pseudo- or sub-genre known as ‘snuff films’ — pornographic films portraying the death of a girl or woman in the process of a man having sex with her, and often at the hands of this very man. In the course of his investigations, Welles finds increasing evidence that, contrary to what he was told by most of the people he questioned to begin with, snuff films do exist, and — predictably — that the girl in the film discovered by Mrs Christian was indeed murdered as part of the usual proceedings in snuff-film production.

The point I want to get to about this harrowing film — decidedly not for the weak-kneed or queasy to watch – relates to a scene where Welles and the snuff-murderer come face to face, and the latter tells the detective something that is enough to make one’s blood freeze, which amounts to this: I was not, the man (more or less) says tauntingly, abused by my parents or anyone else; I was not traumatised in any way that explains what I do. I do it because I like it!

Here the criminologist or psychologist/psychiatrist/psychoanalyst has to confront the paralysing truth about the psychic causality involved in incomprehensibly, stupefyingly brutal violence and killing of people by some murderers: the social, familial, educational or personal-historical ‘facts’ that can be gathered about such killers are just not adequate to provide a broadly ‘causal’ explanation for specificity of the perpetrator’s actions. In my view, of the four professional categories listed above, psychoanalysis (of the Freudian/Lacanian variety) offers the best avenue for understanding – or, given the verstehen/erklären distinction, is it explaining? — the puzzling phenomenon of someone killing others brutally (and often sadistically).

In Lacanian terms, employing his distinction between the ‘real’, the imaginary and the symbolic registers or ‘orders’, the synthesis of the latter two comprises what we commonly call ‘reality’ (which is not the same as the ‘real’) — in other words, the imaginary (the realm of images in space and time) and the symbolic (language in its discursive function, where power and meaning are imbricated), together, comprise comprehensible, spatiotemporal ‘reality’. Our normal knowledge-claims pertain to this realm, which corresponds roughly with Kant’s notion of phenomenal reality as the synthesis between the manifold of experience, rendered by the forms of intuition (space and time), on the one hand, and the meaning-imparting categories of the understanding (causality, relation, and so on), on the other.

The third Lacanian register, the unsymbolisable ‘real’, corresponds roughly with Kant’s noumenal realm, or Ding and sich (thing-in-itself), which is not, according to Kant, accessible to human understanding, because we can only know or comprehend that which presents itself phenomenally, in space and time. Hence, we only know a stone to the degree that we grasp it as a spatio-temporally presented substance, as a quantity, as possessing certain qualities, and as causally connected to antecedents and possible consequences — ‘what’ a stone is beyond these human-all-too-human cognitive capacities, we can never know; that is the realm of the thing-in-itself. 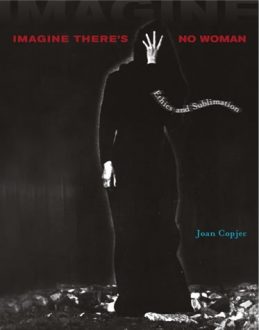 The Lacanian ‘real’ is not exactly the same as the Kantian noumenon or thing-in-itself; Joan Copjec (in Imagine There’s No Woman, 2002) clarifies this puzzling concept where she says that we should think of it as the ‘internal limit’ to language (or the symbolic). This is very accurate, and one can test it. Whenever you find that you have run up against the ‘wall’ where language fails you in your attempt to describe, evoke or otherwise indicate the existence or the nature/character of something you have ‘experienced’, you can be sure that you have ‘encountered’ the ‘real’.

I have used the term ‘encountered’ advisedly, because – as Lacan explains in his 11th Seminar (The Four Fundamental Concepts of Psychoanalysis) – it is ultimately a ‘missed encounter’ in the sense that one has come ‘face to face’, in a manner of speaking, with ‘something’, but a masked something, a ‘something I don’t know what’. This reminds one, again, of Kant (whose work Lacan knew), who says of the thing-in-itself that we ‘know that it is, but not what it is’. 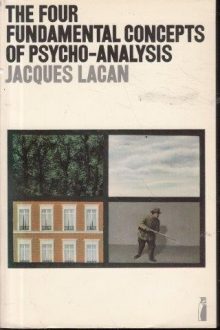 Lacan points to the phenomenon of trauma as a site where one experiences the ‘missed encounter’ in question – typically, as Freud found with shell-shocked survivors of WWI (in Beyond the Pleasure Principle), they knew that something terrible had happened, but the more they tried to say what it was, the more it eluded them. Hence what Freud dubbed the ‘repetition compulsion’ — the tendency to repeat, over and over, usually in words, phrases or statements relating to the traumatic experience. One witnessed this on a massive, collective scale after 9/11 in the US, when the images of aircraft flying into the World Trade Centre were replayed, over and over, compulsively.

So what does this tell us about brutal crime and criminals? That, in the absence of social or psychological (in the empirical sense) ’causes’ — e.g. in the case of someone with a ‘happy’ childhood, and otherwise no indications of personal traumas that could account for violent crimes committed at a later stage — the category of the Lacanian ‘real’ functions as a salutary reminder that whatever it is that lies at the ‘basis’ of the crimes committed, is beyond the internal ‘limit’ of language, including the language/discourse of science.

This was recently confirmed to me, again in a fictional context (but one with several actual, historical counterparts), in the Netflix series, Mindhunter, where the central figure, an FBI-agent, interviews a serial killer in the prison where he is incarcerated for life (in an effort to comprehend the eponymous ‘mind’ of such a killer), and is left speechless by the incongruity between the sheer, horrifying brutality of the man’s deeds and his background. Even if the latter was not ideal, or auspicious, in any way, it could in no way account for the manner in which he killed his victims, decapitating them and having sex with the corpses. (Forgive me for stating this so graphically — I did it to forewarn anyone intending to view the series.) As the FBI-agent wryly observes, more than once, ‘we are in the dark here’ — not something human beings like admitting, being the irrepressibly curious, bent-on-control-at-all-costs creatures that we are.