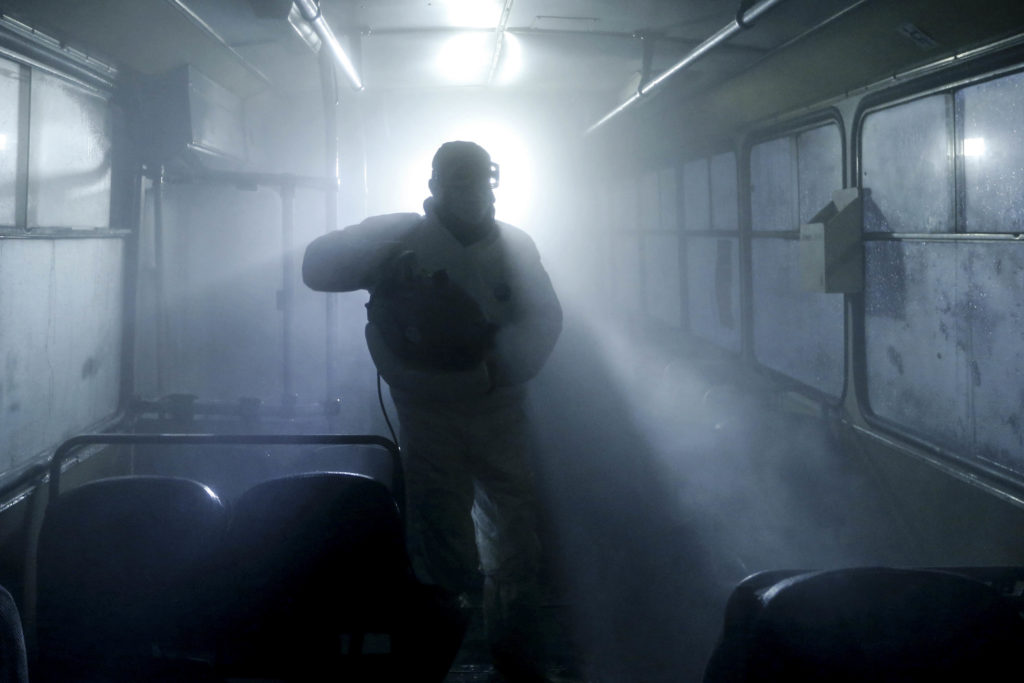 Have you wondered about the relevance of coronavirus test results? If you did, you would have been thinking similarly to the esteemed Stanford professor, John Ioannidis. He wrote an article with a title worth a thousand words: “A fiasco in the making? As the coronavirus pandemic takes hold, we are making decisions without reliable data”. In the article, Ioannidis states that reported “case fatality rates, like the official 3.4% rate from the World Health Organisation [WHO], cause horror — and are meaningless”.

One of the reasons Ioannidis takes issue with reported case fatality rates is that many of the numbers in the mainstream media provide information that is only relevant in the context of the total number of tests carried out. The total number of people who actually have the virus will certainly be much bigger than the number confirmed by testing. As Ioannidis states, “We don’t know if we are failing to capture infections by a factor of three or 300.” One can only claim a death rate if one knows exactly how many people in a population have the virus. Nobody knows the overall number, but early antibodies testing suggests that it is considerably large — much larger than the numbers arrived at from counting RT-PCR tests.

Despite the limitations of the numbers, various sources such as mainstream news channels, government announcements, several prominent universities and the WHO constantly highlight the number of people who have tested positive for the virus, and the number of people who have (allegedly) died from the virus. Deaths from the virus is a contentious topic, but to grasp why it is potentially misleading to claim total deaths from the virus rather than deaths with the virus, I would recommend reading a BBC article called Cornonavirus: How to understand the death toll.

Constant reporting and reliance on the number of positive test results seems to carry with it the implication that the number of positives is important. It is of course important to be able to test if a person has the virus. Testing can also confirm if the virus is present in a given location, and overall results compared over time can provide some indication of whether the spread of the virus is accelerating or slowing. This is all important information.

But the information ascertained from testing is not inherently meaningful. Different responses to the pandemic by different governments show that information is used differently in different decision-making processes. The leaders of Sweden went one direction while South Africa’s leaders chose very differently. In South Africa, lockdown measures have been lowered to level 4, despite the number of reported positive cases being higher than during lock-down level 5. Considering the complicated socio-political and economic contexts in which leaders must make difficult decisions, it is appropriate that the types of numbers to which I have referred are only one component of the decision-making process.

But here’s the thing. What if you knew, beyond a shadow of a doubt, that the government of the world’s most influential and powerful nation is guilty of what Naomi Klein calls disaster capitalism? Guilty of applying what Klein calls a shock doctrine to advance ever-increasing concentrations of power for the USA’s oligarchy? Consider the following from Klein:

“As I dug deeper into the history of how this [“free trade and democracy”] market model had swept the globe, […] I discovered that the idea of exploiting crisis and disaster has been the modus operandi of Milton Friedman’s movement from the very beginning – this fundamentalist form of capitalism has always needed disasters to advance. It was certainly the case that the facilitating disasters were getting bigger and more shocking, but what was happening in Iraq and New Orleans was not a new, post-September 11 invention. Rather, these bold experiments in crisis exploitation were the culmination of three decades of strict adherence to the shock doctrine.”

Klein explores the history to which she refers in great detail in her 2007 book, The Shock Doctrine: The Rise of Disaster Capitalism. In a testament to the accuracy of her observations, the 2008-2009 financial crisis was pounced on by the US government as a disaster that warranted the creation of $700-billion of bailout funds. Bank executives, who were among the people who should have been preventing toxic loans from being issued in the first place, received get-out-of-jail-free cards and walked away smiling, while the nation’s debt rose dramatically in an instant — a perfect example of privatising profits and socialising risks. Government was seen to be legitimised by solving a problem, and then got to oversee the bailout funds orchestrated during dealings with the ultimate private entity, the Federal Reserve Bank. Looking back, the pandemic bailout funds make the 2008-2009 financial crisis bailout funds look like petty cash.

What if you knew that the WHO tried to declare a pandemic in 2009, and was later found by a European Council committee to be guilty of several misdemeanours, including issues such as “the possible influence of the pharmaceutical industry on some of the major decisions relating to the pandemic”? What if you knew that some of the same organisations (here and here) that participated in Event 201 were instrumental in influencing the context in which the US government (and other governments) made decisions during the pandemic? What if you knew that the Bill and Melinda Gates Foundation has vested economic interests in punting a global vaccine, and that they have been pushing this agenda for many years despite serious, mostly under-publicised, criticism? What if you knew that the same organisation’s so-called philanthropic endeavours to spread genetically modified seeds in Africa involves a highly problematic monopoly of agriculture featuring patented seeds that destroy farmer sovereignty, and that the monopoly model is championed by the US government, an entity that has played no small role in shaping various nations’ responses to, and narratives about, the pandemic?

What if you knew all of the above and more? Maybe you would think twice about believing what seems to be the mainstream narrative, that governments are simply doing what they must do to deal with the spread of a deadly virus because, hey presto, look at the numbers! Most governments can perhaps be given the benefit of the doubt, but not the US government. When that country’s leaders closed its borders, others more or less had to follow suit, and the economic domino effect continues to take its toll. The actions taken by the US government in response to the pandemic cannot be considered in a vacuum: the country’s neoliberal leadership has for decades been doing what it can to increase its oligarchical powers, actions that benefit the few and hurt the many.

This is not to deny that there is a dangerous virus out there, one that has contributed to the loss of life and has seriously affected some health-care systems in some places. But let us not forget that we have been fed “meaningless” numbers that “cause chaos”, and thanks partly to the chaos, various governments, mainly the US’s, have leapt at the opportunity to create more national debt, channel relief funds wherever they choose (often to well connected individuals), control citizens beyond anything seen since World War II, wax lyrical about an invisible enemy that must be fought at all costs, and more. The writing is on the wall, and if one bothers to learn to read it, the message is clear: the global masters have tightened the shackles on their slaves to near choking point.

Our world is now one that the Oligarchs can control more easily than ever before, simply by pointing to numbers that mean whatever governments want them to mean; numbers that will somehow magically justify all sorts of authoritarian government interventions and mandatory civilian compliances. These are aspects of a developing narrative that must be questioned, challenged and dismissed if the evidence points to foul play — and this is not the same thing as dismissing the real threats of the virus. The only way to find real evidence is to look for it in earnest, which requires going much deeper than official death rates, testing results, and sensationalised mainstream news reporting.