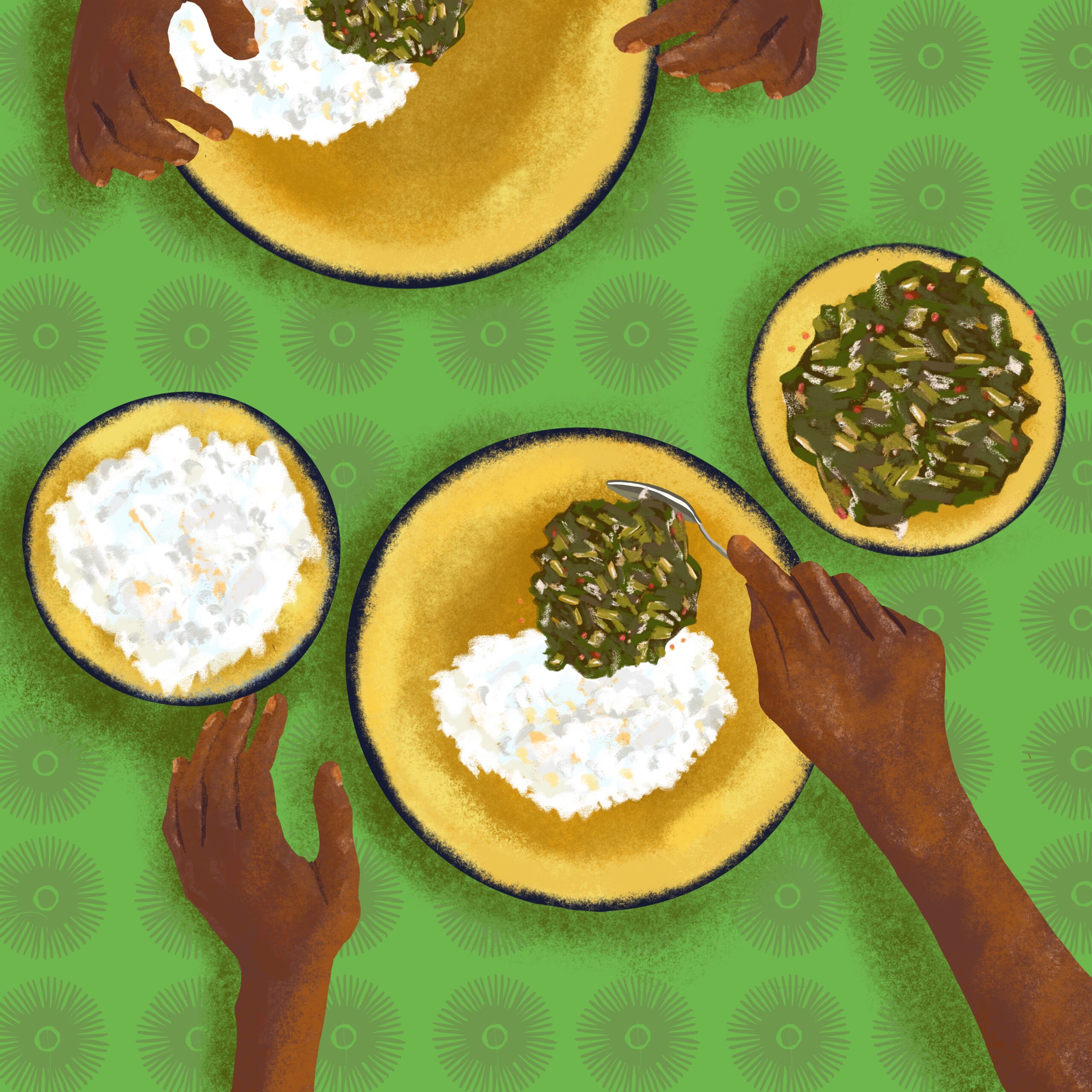 Cooking up resilience in our unjust world

It was during the middle of last year, when the reality of the pandemic’s permanence in our lives took root, that food activist and chef Mokgadi Itsweng launched her spice brand online. “Catering had dried up, and morale was at an all-time low. I found myself with nothing to lose,” she says of her decision to pickle and sell locally-grown chou moellier kale.

“Nobuhle Ndongeni, an organic farmer in the Magaliesberg, had kilos of chou moellier, also known as chomolia or Zimbabwean kale and similar to morogo, that were starting to rot because all produce orders, even at markets, came to a halt, you’ll remember.” This led to Itsweng’s idea to use what she could salvage to create a spicy atchar. It became one of her best sellers.

As the lockdown and associated restrictions that seeped into the new year swung wildly between the unknown, a numbing familiarity and then back into uncharted territory as our freedoms shrank in the face of communal responsibility, Itsweng’s story replayed in my mind. Journalist and social worker Eilene Zimmerman, in a New York Times article last year, expounds on the characteristics and attributes that research has established lends for better resilience in times of adversity. This includes a positive and realistic attitude, spiritual or religious affiliation, an altruistic nature, the ability to accept a situation and a strong network of support.

But what if the cards tower too high against us?

We cling to the success stories, however tiny the victory, because our ability to survive lies here — in hope.

I think too, of the restaurant newsletters pinging into my inbox soon after every “family meeting” with President Cyril Ramaphosa: offers of beautifully packaged, reasonably priced meals delivered to your door, two-for-one specials to entice lunchtime diners, fine-dining establishments touting burgers, eateries serving simpler meals in well-ventilated areas and specials sold in advance of alcohol sales re-opening. I’ve marvelled at the dizzying twists and jagged pivots, as well as the capital required to keep afloat in the restaurant and hospitality industries. I have commiserated with my colleagues and friends over the understandable but heart-breaking closures of our solid favourite restaurants, many of them final.

The restaurant industry has faced a loss of about 3 000 closures. The statistics are yet to be established for caterers, market stallholders, informal vendors, small-scale farmers, migrant and other workers employed during harvest seasons (grape, and others). Hardest hit in the restaurant industry have been the staff members — chefs, line cooks and service workers, as well as the numerous suppliers, maintenance and farm workers. Most of these people labour in silence, invisible to the general diner.

At its best, the restaurant industry is a circular economy with the power to endow and profit multiple players. At its worst, it’s a pit of despair in a downward spiralling mire with few options open to the historically disenfranchised, many of whom have dedicated decades of their lives to its growth. Those with the most to lose are black, working-class women.

I’m reminded of a line from James Baldwin’s essay Dark Days: “How slowly the mills of justice grind if one is black.” And there can be no justice for as long as socioeconomic disparity of this extent endures. The pandemic has exposed the profound fault lines in our weakest areas as a nation. What we are served is a dish lying stone-cold on the kitchen table.

But resilience and adaptation in the face of necessity and circumstance are achingly familiar to South Africans. The dishes we prepare today carry these stories of survival in their history and origin. Think of langsouskos (long sauce food, made to stretch) prepared with a small amount of meat, tinned fish used in breyanis, larger servings of starch such as pap to fill the belly, dehydrated meat and vegetables. Even relishes and pickles such as Itsweng’s have traditionally served to sustain us in the lean, cold months.

In the cookbook Cape, Curry and Koesisters, Fatima Sydow recalls her 1980s childhood in Manenberg on the Cape Flats. “We were six kids and times were tough. And like many of our neighbours, a slice of dry bread with sugar sprinkled over … was a common thing. This went well with a cup of weak tea, at most times made from a tea bag that was already soaked and dried a few times over.”

Chef and African food pioneer Dorah Sitole spoke candidly about the hunger and poverty of her early childhood years in Dorah Sitole: 40 Years of Iconic Food. This influenced her frugal adaptations and common-sense simplifications of dishes for a largely black audience of readers when she was at True Love and Drum magazines and working as a culinary brand ambassador in her later years.

But where do we turn when the days are marred by interminable uncertainty, and a mutating virus holds hope hostage?

In African-American chef Edna Lewis’s classic cookbook, The Taste of Country Cooking, she immortalises Freetown, Virginia, a farming community of freed slaves, dividing the year according to the farming calendar. She speaks about a community that saw the value in the land thriving well for the benefit of all and about the return of young people to farm the land again in a slow and meaningful way. A return to the land (and of the land) is crucial for a more just food system, but it seems more out of reach than ever before.

The local magazine spreads of young to middle-aged white professionals leaving lucrative careers or pandemic dead-ends to hobby-farm, self-sustaining estates hemmed in by majestic mountains and ample water sources, along with horses, pigs and chickens roaming freely like the “running” chickens of my childhood did, are a painful reminder of our seismic socioeconomic rift. The wealthy have the luxury of resilience in ways the poor could never dare dream of.

The resistance that I have found most encouragement from in these dire times have been the tiny shifts I’ve witnessed . The pickle makers. The start-up magazine covering the vast and lesser-publicised culinary heritage of home cooks. The restaurateur closing shop and then successfully selling homemade condiments. The young cookbook authors entertaining a homebound audience on Instagram’s IGTV (the new Netflix for cooks, I’ve been told). A chef who was always too busy to celebrate special holidays, enjoying a Valentine’s dinner with the beloved he met during lockdown.

When I look back to the most excruciating part of the pandemic for myself, my resilience and my own survival took root in the smallest of acts — baking sourdough bread and feeling connected to a global community with mutual struggles (starters are their own bosses), reaching out to colleagues with a word of comfort, speaking on the phone to friends, sending chocolates to loved ones I wouldn’t see for more than a year, watching series with zero room for the usual guilt I feel for “not being productive”.

Our stories may not all be of grand gestures and noteworthy mentions, but I believe that resilience lives in the everyday — rolling out of bed on mornings when the world seems cruel and menacing, being kind to others and oneself, cooking an improvised family meal, trying day after day, in spite of it all.