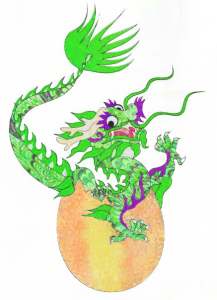 A visitor to my own blog, the spike, asked the following, in response to a post on fear of trade with China and protectionism. It’s a good question, worthy of a detailed response. He asks:

First, let’s stipulate that only a small fraction of the trade that ends up being restricted by tariffs or other forms of protectionism is, by this standard, objectionable, and that this fraction represents an extreme-case scenario. I’ll focus mostly on child labour in my response, but similar arguments go for other forms of labour policy on which prosperous nations frown.

Let me first try to be somewhat specific: Africa, not Asia, has the highest child labour-force participation rate in the world. According to Unicef, almost one in three African children work, while the corresponding figure for Asia is one in five. That Asian statistic is not much worse than that in Latin America or the Middle East. Why China should be singled out for censure is unclear to me.

Moreover, child labour below the age of 16 is illegal in China. The International Labour Organisation recommends a minimum working age of 15, and China has ratified the relevant convention. So the problem is not one of legal labour standards either.

Some statistics on child labour (such as this survey) include an under-18 category: “The participation rate of Asian children in the 15–17 years age group in economic activities, 48,4%, is the highest in the world,” the survey says. Considering the ILO’s definition of child labour, this type of research is misleading, and exaggerates the problem it is designed to address.

This points to a core problem with terms like “child labour”, “sweat shops”, or the phrase my correspondent used, “slave labour”. They’re designed to evoke an emotional reaction. When phrased in such black-and-white terms, what sensible rich-world person would not instinctively oppose it?

Even more problematic, describing “sweat shops” or “child labour” as “slave labour” is misleading. While slave labour may well occur, and any coercive labour is obviously immoral, not all child labour or low-wage labour is in fact slave labour. A great deal of it is perfectly voluntary, enjoying where necessary the consent of parents.

So the situation we’re really talking about is this: in some cases, China may be unable to universally apply its own labour laws.

Since China does have such laws, since those laws do comply with international standards to which China has agreed, and it is in any case not up to one country to determine what constitutes acceptable legal standards or law enforcement in another country, I can’t see why such a country should do anything about imports from China at all.

Consumers are welcome to boycott products they suspect are made by child labour, or in sweat shops, of course. But that is a decision of conscience, and is up to the consumer.

Those who feel that China’s labour standards are not up to scratch have no right whatsoever to enforce that judgement on others in their own country by advocating binding trade sanctions. Doing so would clearly harm others at home, who are forced to buy goods from elsewhere, even if they are more expensive, or forgo them altogether. This reduces the real income of the poor, and raise the real cost of business, thereby exacerbating poverty at home.

Worse, the hope that this policy will have the desired effect in China is also vain. Authoritative numbers on child labour in China appear hard to come by. However, estimating from an array of statistics of varying reliability and relevance, only a fraction of one percentage point of the Chinese population are children under 16 who do not go to school and who do more than “light work”. Of those, the vast majority are older than 10, contrary to many of the heart-rending publicity photographs. So a blanket instrument such as trade tariffs or import restrictions would penalise millions upon millions of perfectly honest adults in China, who by any standards have every right to work.

Moral crusades may make people feel good, but they don’t necessarily have the desired policy consequences.

Consider the opposite view. Personally, I can’t justify refusing to trade with someone who earns what I would consider a pittance, because by doing so, I condemn them not to a higher-paying job (or leisure time, in the case of underage workers), but to abject poverty. I feel good when I buy something from a poor but hard-working person and this trade betters their lives, by their own standards. (That it does cannot be in dispute, because otherwise they wouldn’t have entered into the transaction.)

In fact, it is possible to make a strong argument in favour of permitting voluntary child labour. Consider this article, on Child Labour and the British Industrial Revolution (part two here). It quotes Ludwig von Mises, who in his book, Human Action (which is available for free download in PDF format) notes the following:

It is a distortion of facts to say that the factories carried off the housewives from the nurseries and the kitchen and the children from their play. These women had nothing to cook with and to feed their children. These children were destitute and starving. Their only refuge was the factory. It saved them, in the strict sense of the term, from death by starvation.

The main characteristic of the industrial phenomenon of child labour is, in fact, a move away form coercive labour to voluntary labour. It created new opportunities for building skills and prosperity, and when parents became sufficiently prosperous to support children for longer, they not only were free to do so, but did so. Ironically, the same freedom did not hold for children dependent on the state. Orphans and other wards of the state under the poor laws were habitually forced into unpaid, bonded labour, or condemned to earning a bare subsistence in workhouses.

A similar argument can be made in favour of so-called sweat shops. See, for example, an Austrian School defence of sweat shops by Thomas J DiLorenzo.

Even if you — and the law — frown on child labour, or the less well-defined “sweat shops”, I know what I’d rather do than starve: I’d rather work. Even as a comparatively rich Westerner, I had a formal, paid job at age 12. My mother helped in her father’s shop as a child. I did too, at the age of nine, but he’s dead so you can’t prosecute him any more.

The point is that denying poor people that same right, ostensibly in their own interests, is wrong. Even the ILO agrees that children as young as 12 should be permitted to do relatively light, non-dangerous work.

So now, instead of people who object to child labour, we have people who object to minimum wage measures, rules that create inflexibility in the labour market, or laws that ban people, including children, from accepting work on voluntary terms. They believe this from perfectly sound motives: they argue that such laws increase poverty and restrict liberty, therefore they’re morally unjustifiable.

What should those people do? Boycott countries that enact such laws? Given the pervasiveness of welfare-state labour laws, this would leave them with precious few trading options, but yes, they could do this. Could they demand that the state raises tariffs on those countries to prevent fellow citizens who don’t share their views from trading with such countries? That would be unjust not only to states who exercise their sovereign right to determine their own social norms and laws, but also to their fellow citizens.

Either way, the argument holds for anyone who objects to labour laws or working conditions or law enforcement elsewhere. Preventing other South Africans from trading with China is unjust to China, unjust to a majority of Chinese, and unjust to the South Africans whose prosperity you’re curbing, whose liberty you’re restricting and whose conscience you’re overruling.

So what should a country do? Absolutely nothing. There are better ways to solve the world’s problems. And since almost all of them are solved either directly by prosperity, or require resources to solve them, measures that increase poverty and limit growth, such as trade barriers, are particularly insiduous.