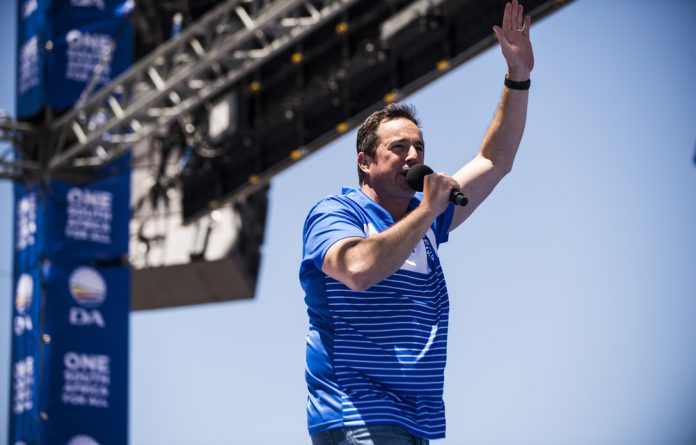 Cape independence is feasible – An open letter to John Steenhuisen

We note with great interest and deep gratitude that, while being interviewed by Jeremy Nell on Jerm Warfare, you have finally broken the Democratic Alliance’s silence on Cape independence.

As co-founder of the Cape Independence Advocacy Group, I cannot claim to be neutral on this subject, but I can state that our primary goal, at this juncture, is to promote informed rational debate on the merits of independence. As the duly elected provincial government of the Western Cape, and with polling suggesting that 66% of DA supporters in the Western Cape are in favour of a referendum on independence, I do feel that the DA has a moral obligation to openly discuss secession. That you have been willing to do so, however briefly, is a positive step.

If I may summarise your argument for the benefit of those reading this letter, who may not have seen the interview, you suggested four reasons why you thought Cape independence a bad idea. These were that you thought it impossible constitutionally or legally, that it would leave a huge tax burden on the people of the Western Cape, that the DA’s mission would be best served by creating a bastion of hope in the Western Cape which would spread to the rest of South Africa, and that you weren’t interested in leading “factions or fractions” which would mean that you, as a “Durban boy” would need to “repatriated”.

I am going to address you briefly on each one of these points, whereafter, I hope that you will recognise that you may have unintentionally misled the electorate with your answers, and, in doing so, will have highlighted exactly why a mature informed discussion on this subject is so essential.

You will have far greater access to learned legal minds than I, as I am not a lawyer. I am certainly not going to lecture you on the law. At this stage I would simply refer you to one of many authoritative legal opinions on the international law surrounding secession and point out that many countries have already successfully seceded. Bangladesh did not need Pakistan’s permission to secede. Neither, as the International Court of Justice advised, did Kosovo to unilaterally secede from Serbia. Although agreement with South Africa would be infinitely preferable, as was the case with the Scottish independence referendum, the Cape does not need South Africa’s permission to secede. Secession is premised upon the wishes of the seceding people, not on the wishes of the parent state, especially when the parent state is actively discriminating against the majority of the seceding people on the grounds of their ethnicity.

On the matter of tax, once again, you will have far greater access to economic data than I, and if you want to present data that contradicts mine then I will of course reconsider my views. We are, after all, calling for informed debate. In the absence of such data, however, I must rely on the information provided by the national treasury and Stats-SA. At face value your assertion that independence would cause the Western Cape tax burden to rise appears to be in stark contrast with the data they publish. The 2011 census data shows that 11.2% of South Africa’s population live in the Western Cape. The City of Cape Town states that the Western Cape produced 13.9% of the country’s GDP. Economists from South African Market Insights state that 15.4% of South Africa’s personal taxpayers reside in the Western Cape and they pay 15% of total tax revenue. National treasury states that just 10.1% of the national budget for provinces is allocated to the Western Cape, whereas according to Stats-SA, the province itself collects 16.5% of all provincial tax in South Africa. On the basis of this data it is hard to reach any other conclusion than that Western Cape taxpayers would, in fact, be significantly better off, not worse, in an independent county.

I agree with you that the Western Cape can become a bastion of hope but fail to see how the interests of its people are best served by the party they elected, your party, having to implement the policies of the party they rejected, the ANC. Beyond that, what evidence do you have that by the Western Cape sacrificing itself, South Africa can be saved? If you remove Western Cape voters from the national voting statistics you will see that the voting trend in favour of the ANC and the Economic Freedom Fighters combined is upward not downward, reaching an all-time high in 2019 at 73.1% of the vote. Of the three metros the DA captured in 2016, two collapsed with both DA mayors resigning from the party and the third is in utter chaos.

Can you honestly claim, with a clear conscience, that this is better for the people of the Western Cape than a DA government with a clear majority mandate to enact its policies? Would that not also be a better DA advertisement for the remainder of South Africa?

Secession will embrace all citizens

Finally, while I accept it was perhaps tongue in cheek, repatriation is a dangerous and divisive term to use. All legal Cape residents would be able to become citizens of an independent Cape, and South Africa would remain a major trading partner to the Cape. Most of us would have family and friends on both sides of the border and Cape independence is not about creating an enclave, it is about the best interests of the people who live there. South Africa is a sinking ship. The South African government, cheered on by the national electorate, is determined to address this by drilling more holes into the hull. The Western Cape is a lifeboat, where many of us now want to be cast adrift before we are dragged down too.

In closing, I again applaud you for having the courage to at least discuss independence and to recognise that there are growing calls for secession from a Cape electorate who are entitled to hold such views. As the current leader of the party chosen by the people of that province, I implore you to engage more fully on the subject.