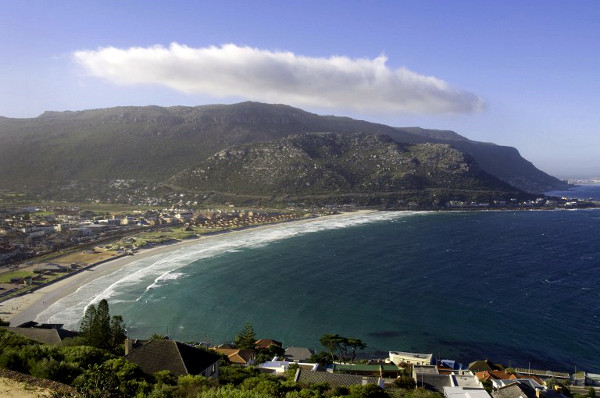 Emotions run high when talk turns to Cape independence. In such circumstances, clear heads, open minds and informed debate are often the first casualties of war. Regardless of perspective, there is unanimous agreement that South Africa is in deep trouble, and that the status quo is untenable. For citizens of the Cape, secession has been touted as a possible solution, and there is clearly some level of popular support for the idea. Surely both those for and against can recognise that its merits are at least worthy of discussion?

This article is written from a supportive perspective. It would be great if someone opposed to secession responded with a well-reasoned argument against it, but one which deals with the actual merits of the argument, and from the perspective of the Cape peoples. Opponents of secession, thus far, have almost exclusively sought to vilify its proponents and their motives while sidestepping the merits. They also present their case from a South African perspective. Cape independence is not about what is best for South Africa. It is about the best interests of the Cape and its people.

While advocating for independence, let us first establish that, like the Cape itself, the independence movement is a broad church, and within the ranks of its supporters are some quite unsavoury characters. Clearly, if you are an avowed racist, and the prospect of establishing an African country where the majority of its citizens are not black is on offer, the allure of independence is going to be irresistible. Extremists are the first on board with any cause. It is too easy for independence opponents to stereotype an entire movement by the views of an imbecilic minority, but it is also inherently dishonest. Few, if any, Volkswagen (VW) owners view Adolf Hitler as anything other than an abomination to humanity, but they can still recognise the merits of the automobile project he nurtured nearly a century ago. In 2019, the VW Group had a 14% market share in Israel.

Let us also address the apparent sanctity of the South African Union. In a nation where the events of 1652 are an ever-present in our daily political discourse, while a multitude of legal and policy positions were conceived solely to address deep legislative injustices enacted in 1913, a colonial decision taken in 1910, which had the racial disenfranchisement of black and coloured South Africans at its core, cannot be declared sacrosanct or taboo.

So, what does Cape independence bring to the table?

Above all else, independence empowers the Cape electorate to choose their own government. In doing so, the Cape will genuinely reflect the values of the people who call it home. And when things do not go well, the people of the Cape will have the ability to hold their own government to account. You would hope that those on either side of the independence debate would accept that these are not only worthy goals of themselves, but an essential component of democracy.

It is also important to note that this is not just electoral sour grapes. The issue is not that the political party the Cape elected did not win, it is that the political party the Cape elects can never win. The ANC have governed South Africa continuously since 1994, yet they have never had majority support in the Cape. Worse still, had every single vote cast in the Cape since 1994 been for any party other than the ANC, then statistically the ANC would have won every national election anyway. In this scenario, the ANC, at national level, would have legally governed the Cape for 26 years with 0% of the Cape vote. Surely no-one thinks that this represents functional democracy.

Many opponents of independence point to the divisive nature of secession. Although this may indeed be a genuine concern, it is also important to recognise just how stark the division between the Western Cape and the rest of South Africa already is. Does independence create unnecessary division, or would it rather help to resolve existing tensions?

Setting aside the obvious ethnic and linguistic differences, the people of the Cape have distinctly different ideological beliefs, with 67% favouring capitalist parties, whereas 73% of the remainder of South Africa favour broadly socialist parties. Given that independent experts almost unanimously agree that most of South Africa’s economic and social woes are either caused, or exasperated, by socialist and race-based policy, this is no small matter.

Economically, is there anyone who doesn’t believe the Western Cape would thrive were it to be unshackled from national government policy, or that, were it then to subsequently become a fully developed country, that its population, and most notably its poor and marginalised, would be vastly better off?

Perhaps the arguments of independence opponents in this regard are themselves compelling. There is no army of qualified economic experts queueing up to disavow claims of increased economic prosperity, instead there is a vocal chorus demanding to know how an independent Cape is going to keep economic migrants from the rest of South Africa out.

Accountable government, genuine democracy, increased economic prosperity and ultimately the eradication of poverty make for quite a compelling argument in favour of independence.

Much more could be written about the practicalities of independence, but at this stage it seems wise to limit the discussion to the actual merits of independence itself in the hope of drawing out an equally focussed rebuttal argument from its opponents. It is one thing to think that Cape independence would be beneficial to the people of the Cape, but that it just isn’t practical, and something entirely different to believe that independence would be inherently bad for Cape citizens, regardless of whether it is achievable or not. If we want a rational discussion, we need to be certain we are playing the ball and not the person.

Is there someone willing to advance a reasoned argument why the people of the Cape would be better off by remaining in a union with South Africa?

I yield the floor.