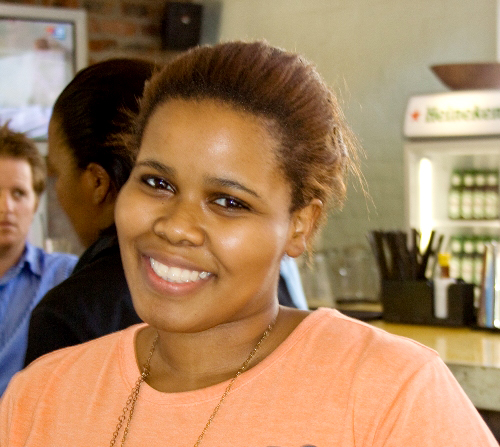 Who does Lindiwe Mazibuko think she is, running to become the DA’s new parliamentary leader?

Let’s face it: the DA is not considered a white party just because of its history. Its liberal, economically right-of-centre ideology is also a large part of the problem.

The truth is, if you vote left of centre in South Africa, you’re almost certainly black.

But who are you if you don’t?

Mazibuko’s ambitious stance exposes the uncomfortably persistent linkage between politico–economic and ethnic identity; so much so, in fact, that an ANC MP once told her she should consider leaving the DA and “coming home”. But the more liberal black South Africans reject such calls for spurious ethnic loyalty, the better it will be for the country, and even the ANC itself.

South Africa is not alone in its ethno-political deadlock.

In the north-east European country of Latvia, for example, voting left means you’re probably an ethnic Russian. That leaves an entire half of the political spectrum de-facto off-limits to the majority of its ethnically-Latvian citizens.

How many black South Africans are put off from voting DA by the threat of being seen as race traitors? Probably about as many as there are socialist-inclined ethnic Latvians prevented from voting their conscience for fear of becoming branded as a Russian fifth column.

A quick bit of background:

After breaking away from the Soviet Union, which had taken over their country after World War II, Latvians developed an aversion to anything that reminded them of their former bondage. And since a socialist ideology was the USSR’s defining characteristic, parties representing left-wing ideas became politically toxic for most Latvians.

But the ethnic Russians who make up a third of the country’s population have no such misgivings about the Soviet legacy. Often discriminated against and generally poorer and less upwardly mobile than their ethnic Latvian counterparts, Russian Latvians tend to support left-wing parties offering social protections and public services, as well as emotional links to the socialist past.

As a result, working-class Latvians who would otherwise vote socialist end up supporting the more right-wing, but ethnically acceptable, parties, while successful Russian entrepreneurs can’t embrace a pro-business but ethnically Latvian party without being branded turncoats.

In South Africa as in Latvia, the simple and banal act of voting another way can often be taken as a betrayal of your very origins and identity. That is a deeply unfair and unnecessary burden to carry for any citizen of a democratic republic, one that falls on blacks and whites alike.

Like Latvia’s leftists, the DA is a party tainted by its links to an old oppressor and the economic interests of the former oppressor class. But support for lower taxes, a smaller state and a liberal-democratic politics is winning favour among many of South Africa’s formerly oppressed too, who do not deserve to be portrayed as illegitimate or complicit simply because of their views or aspirational lifestyles. Guilt by association, never a good idea, is particularly baleful in politics, because it jeopardises the unprejudiced battle of ideas that is the very lifeblood of democracy.

When Nina Simone famously celebrated being “young, gifted and black” in the 1970s, the phrase was still considered an oxymoron by America’s white establishment.

Today, being educated, liberal and black is the big taboo for South Africa’s black establishment. Yet such people exist, and their numbers are growing; telling them to “come home” is patronising denialism.

Yet ironically, the more Mazibukos and Maimanes start “defecting” to the DA, the better it will be for the soul of the ANC.

That’s because only when the ANC is forced to stop relying on guilt trips and blind ethnic loyalty for the support of the black middle class will its policies begin to seek a universal appeal, and start targeting DA voters of all colours who might otherwise be sympathetic to ANC ideas but put off by its overpowering identity politics.

The more black South Africans join the DA, the less room there will be for the party’s residual racists to influence the agenda and the less believable Malema-style calls to equate all political opposition with treason will become.

No political ideologies or belief systems should be off-limits to anyone. After all, no individual is an automaton, programmed by history, identity, ethnicity or even economic self-interest to act in one pre-determined, “correct” way. By disrupting the link between appearance and political substance, it’s precisely the so-called “coconuts” and other bold stereotype-breakers that can help prevent identity-based and racist demagoguery.