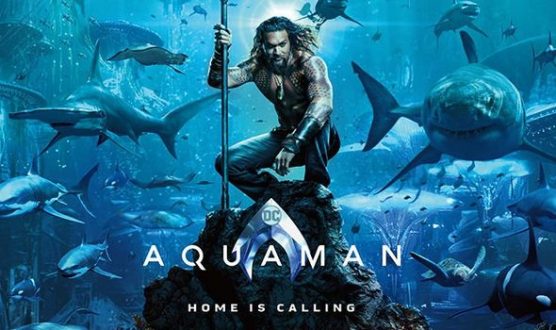 On the way back from a conference in Berlin just before Christmas 2019, I was catching up on movies on Qatar Airlines — a carrier with exceptional leg-space in economy class, so I could sit comfortably, at least — and I managed to select a number of excellent recent films, including Marc Webb’s Gifted (2017) and the recent BBC documentary, Earth from Space (2019). After having viewed these two films I tried to sleep a bit, but could not; my eye caught the film that the passenger diagonally in front of me was watching, which was Aquaman (2018), with subtitles. Hence, although I had not decided to watch it, I started following the narrative and reading the subtitles. I was fascinated by its unadulterated fantasy of superhuman power.

But let me return to the other two films before focusing on Aquaman. The first is a moving exploration of the difference between an uncle caring for a mathematically gifted 7-year old girl (Mary), and the attempt, by a wealthy grandmother, to enlist her granddaughter in the quest for solving one of the ‘Millennium Prize’ problems in mathematics, which she believes her own daughter — Mary’s mother — came close to solving before taking her own life. What this results in is a custody battle between the young uncle, Frank, and the rich grandmother, Evelyn, where Mary’s mathematical genius becomes the grounds upon which Evelyn argues for Mary’s custody: she can give her the specialised education Mary needs to actualise her potential, while Frank — a boat-repairman who gave up a college professorship to care for Mary — lacks the income to do so adequately. Frank’s claim to custodial rights rests, in turn, on his argument that Mary, despite (or perhaps because of) her giftedness, needs a school environment populated with ‘ordinary children’, lest she sacrifice her childhood for the sake of developing her talent. I shall not say more in case some readers might want to see the film; it is highly recommended because of its persuasive treatment of a very real social problem.

The second film — Earth from Space — is equally commendable. A documentary, this time, it employs satellite-photography of the earth’s surface to demonstrate, very persuasively, how much damage human beings have inflicted on the planet by way of, among other things, overpopulation and deforestation (for the dubious purpose of profiting from palm oil, a market for which has been unscrupulously created by food, cleaning and cosmetics companies, without regard for the deforestation it requires). The upside is that satellite photography can help identify the problems humans have created and can assist further in pointing to ways of resolving them – for example in Africa, where it enabled villagers to understand the ecological importance of repopulating the forest (that they had decimated for firewood, causing landslides during storms in the absence of the tree roots binding the soil) with trees through dedicated planting.

You must be wondering when I’m going to get to the topic of this post as announced in the title: Aquaman and superheroes. I wrote about the two other films first because of the contrast between them and the superhero movie called Aquaman (James Wan, Warner Bros., 2018), not merely in the obvious sense of topic and genre, but more importantly, as far as its insertedness in a specific kind of culture and society is concerned. In the case of Gifted, it presupposes a culture of caring education, of awareness that an individual is shaped by her or his immediate care-givers as well as by the extended community in which they live, including the schools they attend. Earth from Space, in turn, draws on the assumption that there are significant numbers of potential viewers who have sufficient interest in the effects of human civilisation on the planet to want to learn more about this; after all, our very survival as a species is at stake, regardless of what morons like Donald Trump or Jair Bolsonaro may believe.

On the other hand, what does a superhero movie like Aquaman assume and, inversely, engender (something it no doubt has in common with other superhero movies)? In a word, it assumes human finitude and vulnerability, and engenders the vicarious (fantasy-) experience of overcoming such limitations by means of identifying with a virtually invulnerable superhero of some kind. Today there are university courses where one can study the ‘psychology‘ behind superheroes, which can assist people in understanding their own liking for or attachment to a superhero or superheroes. For example, a preference for Batman could have something to do with one’s own psychic ‘demons’, like the ones that Batman struggles with concerning the traumatic memories of his parents’ demise. Or identifying with Superman might betray a combination of craving irresistible power and an awareness of having a weak spot or proverbial ‘Achilles heel’ (represented by Kryptonite in Superman’s case).

But whatever the case may be, the constant in all superhero stories remains the fact that they elaborate on — as the name ‘superhero’ suggests — someone who is elevated so far above ‘normal’ human fallibility and finitude that viewers (or readers of superhero comic books) can identify with him or her at the level of fantasy to compensate for one’s own feelings (and knowledge) of limitedness or powerlessness.

In this respect superheroes arguably represent the modern counterpart of the pantheon of ancient gods (for example the Greek and Roman gods) and mythical protagonists (including those of the Teutonic myths, like Siegfried and Brunhilde). Just as superheroes are a projection of our own lack of power into beings endowed with irresistible power (even when they have a weakness), so, too, the ancient Greek gods represent the projection of the Greeks’ awareness of their own ineradicable mortality into figures possessed of immortality and indomitable strength, regardless of the curious fact that they also displayed many of the foibles that humans have, such as infidelity to their spouses, and so on (Zeus was an incorrigible philanderer, and did not take No for an answer).

While one could find interesting instances of power counterbalanced by specific weaknesses in some superheroes, in the case of Aquaman I could not really detect something similar. Sure, Arthur (Aquaman) does display limitations, for instance in his agonistic encounter with his half-brother, Orm – who is himself at virtually the same level of power – but as for the rest, his abilities are almost unimaginable, such as being able to swim – swim! – at supersonic speeds.

Casting the superhero-popularity (or is it the superhero-cult) of today as the persistence of a mythological consciousness on the part of humans does seem to explain and justify it, but I can nevertheless not resist an intuitive dislike, or even rejection of it. No doubt this ‘cult’ is widespread, even global because of the worldwide reach of contemporary media, but my impression is that it articulates something quintessentially American, namely the tendency to approach social, political and even natural issues by way of the imposition of power, particularly technological power (as embodied in the ‘magical’ Trident of Atlan in the film – here there is a continuity between ‘magical’ and technological power).

To this one could add the related fact that there is a clearly perceptible link between the use of guns (or other, more sophisticated armaments) and what is perceived in America as a ‘problem’ (any problem) that needs to be addressed. In brief, just as the deeply ingrained gun-culture in America betrays a fundamental cultural insecurity (for which the guns have to compensate), superheroes are symptomatic of a deeply felt lack of power in American culture, for which these fantasy creations compensate through their virtually unlimited power. It gives one hope, though, that there are still directors around like Marc Webb, to give us a gem of a film like Gifted.