About two years ago I wrote a piece for this site on an important conference for Afrikaans in Europe, which was held in Gent, Belgium, by the NAWG (Nederlands-Afrikaanse Wijsgerige Vereniging, or the Netherlands-Afrikaans Philosophical Society). We are at this biennial conference again, this time in Leiden, Holland, from where it will rotate to South Africa in two years’ time. Like the previous time, I have been struck by the conceptual and linguistic wealth of the philosophical conversation conducted here among philosophers from these three countries that share a rich linguistic heritage, this time on the theme of Education and Cultivation (Bildung, in German). Given this theme, it was no surprise that a number of papers focused on language – in the context of critical hermeneutics, of overcoming of divisions, of the possibility and impossibility of translation, and of value and its absence (nihilism), particularly in the light of the current ecological crisis.

What makes the conference particularly enjoyable, as I remarked in my earlier post, is the fact that one can feel free to speak in your mother tongue, unlike in our own country, South Africa, where one is often made to feel guilty, should one dare to address a conference audience in Afrikaans which, after all, is one of South Africa’s official languages, together with a number of indigenous languages like isiZulu and isiXhosa. Don’t get me wrong — I am equally at home in English and in Afrikaans as mediums of expression, verbally or in writing, but in South Africa there is such a dearth of opportunity to speak Afrikaans in a discipline-oriented context that this is a wonderful opportunity to rediscover its auditory semantic qualities.

Why would this be the case? Surely, you might say, if one understands one language as well as you understand another, what makes it so ‘wonderful’ to engage in conversation in the other? This has to do with what is called the ontological and the epistemological aspects or functions of language — what language ‘is’ (ontology), and what one ‘knows’ through language (epistemology). Most people think of language merely as a tool, which it certainly is at one level, but it is much more than that, which would elude most people unless someone drew their attention to the fact that, far from merely referring to an object or experience of some kind, a word (or phrase, or sentence) can carry an experiential charge with it which displaces, or transports the individual — either pleasantly, or traumatically — when she or he hears or reads it.

In my own life, for instance, the words ‘mountain’ and (to a lesser extent) ‘farm’ are indelibly stamped with my childhood experiences on a farm in the Stormberg region of the North-Eastern Cape, where my name was also Balekile, and where I sometimes spent entire days in the mountains exploring caves looking for San rock paintings, when I was not helping my grandfather with sheep-dipping or fence-mending. These words, like many others, therefore have the capacity to conjure up a world of long-gone experience which somehow, through them, remains with me – and this is true of specific words in the lives of all people. The classic text where this is explored is Marcel Proust’s seven-volume novel, In Search of Lost Time (its English title). Or think of D.J. Opperman’s poem, ‘Sproeireën’ (first stanza):

(‘My girlfriend is in a tangerine, my grandma in cinnamon, there’s someone…someone in aniseed, there’s a woman in every aroma!’)

Words do not only bear the traces of pleasant memories, though; too many people carry a burden of language pregnant with traumatic memories, whether because of endemic poverty, or a personal history of abuse in an unhappy family, or for many other reasons. If you are familiar with Orson Welles’s masterpiece, the film Citizen Kane (1941), you’ll know that the name ‘Rosebud’ plays a crucial role in the film, being the name on the young Kane’s sled, which he is seen playing with in the snow the day when he is sent away from his parents’ home to stay with someone else. Cutting to the chase, after a long and ruthless career as a newspaper tycoon, Kane is shown dying, holding a snow globe and uttering the word ‘Rosebud’ as he drops the snow globe, and the last scene shows his staff sorting out his belongings, among which the sled from his childhood — ‘Rosebud’ — is visible. In short, the word ‘Rosebud’ captures the trauma of his separation from his mother, from which time the sled (and its name) served as a metaphor for (the absence of) his mother, and can be understood as marking that which motivated him throughout his career of pursuing power.

Among our hosts’ presentations there were two, particularly, where various possibilities and limitations of language were foregrounded —those of Emanuel Rutten (‘Retorica en vorming’) and of Mark Wildschut (‘Vorming en vertaling’). Foregrounding something usually left out of the historical picture of philosophy’s origin and development among the ancient Greeks, which is normally dated from Thales in the sixth century BCE, Rutten employed the lenses provided by Roman thinkers Cicero and Quintilian to bring into view the astonishing role of the tradition of wisdom that predated the emergence of philosophy.

What was different with this pre-philosophical tradition, according to Rutten, was the priority it accorded rhetoric (the linguistic art of persuasion) above philosophy (the search for truth), while simultaneously drawing on the latter in such a manner that truth was served in the process too. In brief, his argument was that the Roman thinkers who commented on the forgotten tradition of wisdom understood that it is only when rhetorical excellence – including the gestural use of one’s body, the full range of one’s voice and even resorting to theatricality, when needed – is combined with philosophical knowledge, that truth might be effectively put across to one’s interlocutors. In brief, a philosopher who is not linguistically adept, and a rhetorician who does not possess any knowledge, both fall short of the mark. Food for thought, indeed – I have often witnessed (and pitied) instances of either. The task of speaking eloquently and persuasively while simultaneously drawing on substantial epistemic resources across a wide spectrum of disciplines is one that few individuals can rise to. 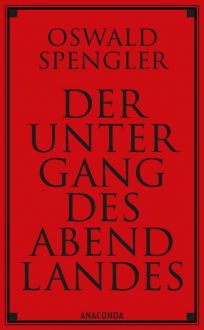 Wildschut, in turn, who spoke with the authority of someone who has translated Heidegger’s notoriously difficult text, Sein und Zeit (Being and Time) of 1927, as well as Oswald Spengler’s darkly portentous Untergang des Abendlandes (Decline of the West), first published in 1918, into Dutch, eloquently illuminated the virtually impossible task faced by a translator. The latter has to home in on the range of possible translations of a word, a phrase, a sentence, a paragraph, where the hermeneutic task of judging the relationship between part and whole in terms of semantic variations in meaning shifts all the time in relation to considerations of vernacular and idiom in both languages concerned. This is because of the fact that the closest approximation of the meaning of an expression is located in its idiomatic status, for which the counterpart in the other language has to be sought, which is not always an easy task. And the further away from the present a text is, the more difficult it becomes to ascertain the meanings of its constitutive sentences (which presumably reflect the relation between words and the author’s experience of the time of the text's provenance), keeping in mind that syntax, too, plays a role.

Other papers delved into philosophical issues concerning just punishment, raised by the incarceration of prisoners, as well as the question, what us late moderns can learn from a medieval philosopher of education about the blindness of disproportionally prioritising technology above all else in our culture. All things considered, it was a wonderful reunion, intellectually and socially, with like-minded colleagues in Europe. In two years’ time we shall be hosting them South Africa.