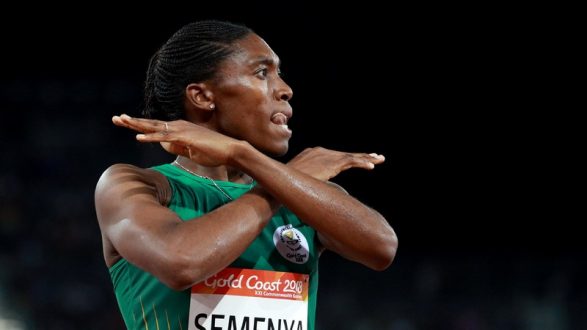 It is with great concern that the Sexuality and Gender Division (SGD) of the Psychological Society of South Africa (PsySSA) has been following Caster Semenya’s¹ quest to compete in international athletics. The International Association of Athletics Federation (IAAF) is proposing a new ruling to set a limit on female athletes’ testosterone levels in certain track events. As a result, female athletes, such as Semenya, are being targeted if they have a higher testosterone level due to Difference of Sex Development (DSD)²

PsySSA upholds South Africa’s Constitution which supports human dignity, equality, the advancement of human rights and freedom of all (Republic of South Africa, 1996). Accordingly, in 2013, PsySSA released a Position Statement on Sexual and Gender Diversity stating: “Psychology professionals respect the human rights of sexually and gender-diverse people, and are committed to non-discrimination on the basis of sexuality and gender, including, but not limited to, sexual orientation, gender identity and biological variance” (Victor, Nel, Lynch & Mbatha, 2014, p.296).

PsySSA is also a member of the International Psychology Network for Lesbian, Gay, Bisexual, Transgender and Intersex Issues (IPsyNet) comprised of psychological organisations around the world promoting the human rights, dignity, respect, understanding and well-being of sexually and gender-diverse people, as well as people with DSD (PsySSA, 2017). To this effect, in 2016 PsySSA was one of the first organisations, internationally, to endorse the IPsyNet Statement and Commitment that represents a growing global consensus of professional authority grounded in psychological science that LGBTIQ+ identities and expressions are normal and healthy variations of human functioning and relationships (IPsyNet, 2018).

As psychology professionals we believe that discrimination is inconsistent with international human rights (PsySSA, 2017). Therefore, the PsySSA SGD raises the following concerns:

To be claiming that a female athlete is unfairly advantaged by higher testosterone levels is nonsensical. Athletes could also then be unfairly advantaged due to other factors, for example height and built (genetic complement), environmental factors, background factors, if they come from poverty or affluence, and so on. To only focus on hormonal levels seems arbitrary.

To be forced to take medication, with possible side effects, in order to change the natural hormonal levels in the body to be able to compete in athletics violates a person’s human rights. Unnecessary use of medication is not seen as best medical practice and can be unethical (PsySSA, 2017).

What the IAAF is subjecting Caster Semenya to is not only unnecessary, but is also not supportive of her dignity, nor respectful of her as a person. Not upholding her human rights is humiliating and harmful (PsySSA, 2017).

We hereby add our voice to the United Nations Human Rights Council and South Africa’s Department of International Relations and Cooperation (DIRCO) to defend Caster Semenya’s right to participate freely and fairly in sport, without changing her body through hormonal intervention, in order to compete in international athletics.

PsySSA’s SGD calls on the IAAF to uphold Caster Semenya’s human rights as they consider their proposed ruling. As a professional association representing South African psychological professionals, it is our duty to defend the human rights of all athletes. We stand against discrimination on the basis of sexual orientation, gender diversity and sex development, as well as patriarchy and sexism.