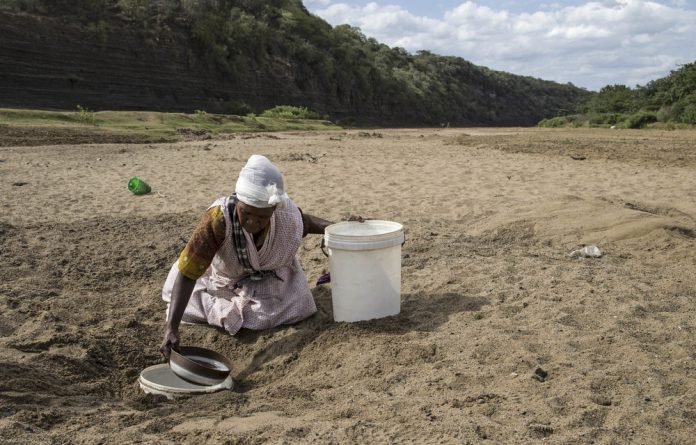 Within the feminist movement, African feminism occupies a unique position that challenges disempowering constructs issuing from both Western and African paradigms. Contrary to the disinformation about the women’s rights and empowerment agenda as a whole, African feminists are not the enemy of social cohesion. If anything, they are on the frontlines of the battle for the salvation of the continent.

This is but one feminist strand; I suggest that what all the strands have in common is addressing the “woman question” through their respective agendas, and the claims of freedom they make. Each foregrounds a particular mobilisation strategy to achieve their desired outcome — that is, anti-apartheid (nationalist women’s movement), anti-sexism (liberal feminists), anti-racist-sexism (black feminists) and anti-colonial-capitalism (postcolonial feminists). Although each strand levels certain criticisms against the others, for the most part, they are not consumed by intra-feminist politics. Rather, they are outward facing in terms of trying to influence the rehabilitation and progress of their societies.

Essentially, the political philosophy of African feminism confronts the systemic oppressions brought on by colonisation, neo-colonisation, neoliberalism and capitalism. In this respect, radical African feminist Patricia McFadden argues that the notions of supremacy and impunity have to be revisited through feminist politics. She highlights that these notions underpin capitalism and class privilege worldwide. She advises that Africa should heed the imperative to interrogate and politicise them to avoid mimicking the democratic models of stability that were secured through the plunder of the continent. One need not look further than South Africa to find evidence of this neo-colonial and neoliberal elitism.

The African feminist agenda is also in sync with the mission of decolonisation that is advanced by African scholarship, culture and practice. This feminist strand is actively engaged in the project to recoup African knowledge systems and to salvage the African identities that were violently destabilised and values that were perverted by foreign incursions.

One may argue that an attempt to revert to the glory days of pre-colonial society amounts to a romanticising of the past. If we take, for example, the notion that women occupied an inferior position in that era, there could be a counter-argument that if this historical subordination of women were indeed the case, the natural evolution and course-correction that every society inevitably undergoes would have addressed this situation. Nonetheless, African societies were robbed of the opportunity to evolve organically on their own terms as foreign interventions altered the very DNA of African society.

However, no amount of idealism can reverse that trajectory set in motion all those centuries ago. In this respect, South African feminist scholar Pumla Dineo Gqola argues that in postcolonial Africa there is no possibility of purity from the signs of imperial power. I add that this inevitably hybrid society is constituted of ingredients that include both empowering and disempowering practices, entrenched by both African tradition and Western constructs. It is implausible to think that Africans with consenting capacity were merely passive recipients of Western constructions. I contest the claim that Africans had no agency under colonisation. History and the current status quo show that Africans participated in social construction during colonisation (and apartheid in the case of South Africa) in varying degrees, depending on their proximity to power structures and influence, within their own communities.

In fact, Charlotte Maxeke accused African traditional leaders of collusion with the apartheid regime to subordinate women for their mutual benefit. Mamphela Ramphele admitted that African women at times promoted and perpetuated patriarchy because it afforded them a measure of autonomy in the household domain. As such, they enjoyed and competed for compliments based on their domestic prowess. The ANC Women’s League is often criticised for prioritising party interests over the substantive needs of the vast majority of marginalised women. African liberal women are considered to be advancing equal opportunity and meritocracy politics (as opposed to a capabilities approach) designed to compete with men, which can benefit only an elite set of middle-class women.

These are just a few examples of the myriad ways that African women and men participate in social construction, often side by side. Black feminists might consider these views to be victim-blaming, while unintentionally advancing the perpetrator-victim, aggressor-submissive, Western-African binary narrative that, in and of itself, strips women of agency.

In response to these dynamics, the agenda of African feminists, according to Savo Heleta, is to rewrite histories, reassert the dignity of the oppressed, and to refocus knowledge production and worldviews, so as to reconstruct African societies. I emphasise the prefix “re”, to highlight that the goal of material and substantive freedom in Africa does not necessarily call for a project that must undo what was done in the past. Instead, it is about re-evaluating existing constructions so as to re-conceptualise the future.

Postcolonial feminist scholar Chandra Talpade Mohanty argues that decolonisation is composed of two simultaneous projects: deconstructing and dismantling, as well as reconstructing and building. Further, I say that these projects will be feasible only if there is collective effort by both African women and men. However, if the collective is organised according to a hierarchy that privileges one group over another, surely that amounts to the same injustice that privileges one race over another, or one geographical group against another, or one class above another.

The African feminist vision of a reimagined postcolonial society actively addresses these gaps in social cohesion. To do so, the strengths of individuals have to be harnessed and weaknesses mitigated for the overall advancement and sustainability of communities. This can happen only when a hard truth is accepted: there are as many women who are capable of thought leadership as there are men; conversely, there are an equal number of men and women who are not capable or competent of being leaders. As such, Africans young and old, male and female, and of different identity groups have to create a new political economy. The continent needs change agents who undertake and steer the projects of dismantling and deconstructing, reconstructing and rebuilding.

This is what African feminists propose and promote, but, as long as they are viewed as an enemy to the African way of life, this blind spot may inadvertently usher in another era of colonisation — this time by mediocrity over ingenuity and posturing over progress — among Africans themselves. The agenda of decolonisation and the desired outcome of decoloniality provide the opportunity to neutralise power struggles that inevitably result in a zero sum, lose-lose scenario.