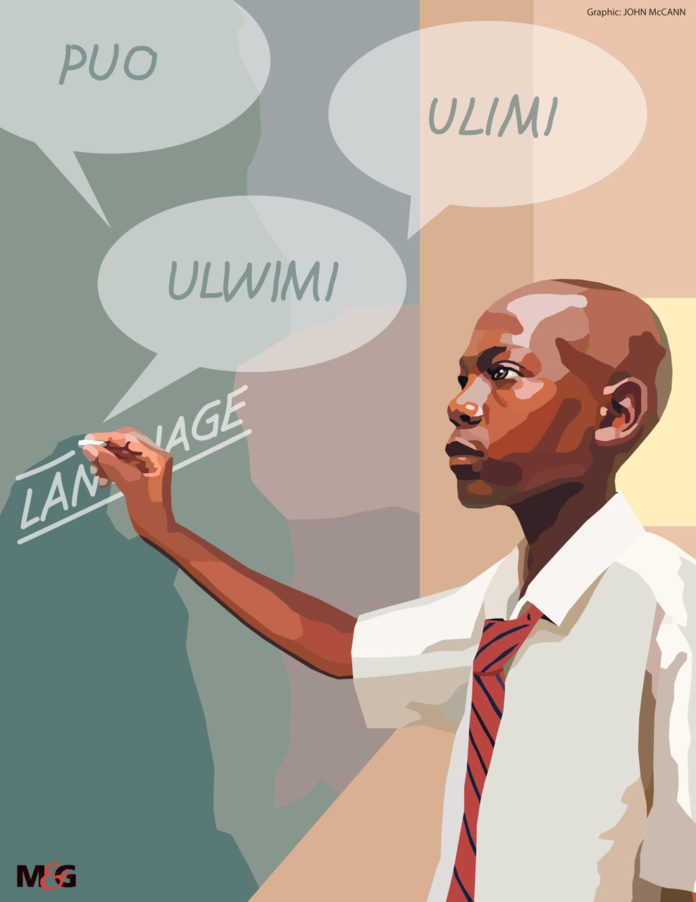 Africa is slowly losing the power of praise poetry

Louis Mbope captured this notion well when he said: “Our books are in our heads.” Furthermore, African knowledge be it religious, social, political or educational, was transmitted orally from one generation to the next. One of the most important ways in which oral texts were communicated was through the use of poetry, specifically praise poetry — izibongo in Xhosa and Zulu culture or diboko in Sesotho.

Praise poetry was practiced in a lot of African cultures, but was particularly prominent in the Xhosa, Zulu and Sotho cultures in South Africa. We can even say that praise poetry was a form of oral literature necessary for multiple facets of African life. For the purposes of this article I will limit my attention to the Xhosa and Zulu praise poets who are popularly known as iimbongi as well as the Tshivenda praise poets who perform zwikhodo which has its etymology in -khoda, meaning to praise.

Praise poetry is still considered by some as an important element of our country’s history and contemporary reality in terms of political and sporting events and the government’s business.

President Cyril Ramaphosa was even surprised by a praise poet on a flight as an unofficial inauguration a few years ago.

In our parliament, members and civilians alike see the importance of praise poetry by noting that if it is not performed, we lose something African.

Nevertheless, this important traditional and cultural practice is fading away and I am wondering what the effects on the African psyche, knowledge systems as well as archives will be?

I once visited Namaqualand on both the South African and Namibian sides of the Orange River and the loss of the Nama language and identity is a painful thread that ties together both groups. The loss of the Nama language and rock art form is an atrocious reality that would need a separate article to unpack, but it highlights how if we are not careful and intentional about conserving our cultural practices they too will be lost.

It also seems that some cultures are losing this practice more than others. I often wonder why Ramaphosa, a Venda man, used an Nguni poet for his presidential inauguration. Perhaps it is harder to find Venda praise poets or it is more popular among the Zulus, or perhaps he was showing openness to other tribes, I will never know.

What I do know is that in the township where I grew up, we hardly experienced any praise poetry let alone learned or performed it at home, school or church. I think a lot of unwritten and important history has been lost because black Africans have slowly stopped practising a tradition that was used to record it.

Our people’s fight has been one against forgetting, yet, we are intentionally and unintentionally forgoing our own traditions and cultures on a daily basis.

The importance of fighting forgetfulness is not my idea, I borrow it from Milan Kundera cited by Barret Miller who said that “the struggle of man against power, is the struggle of memory against forgetting”.

From this quote one can tell that there is power in memory and not forgetting oneself in the fight against the power structures that be. It is saddening that Africans are forgetting their own vital cultures and traditions for no reason other than the unwillingness to keep the memory of their being alive. It is important to do memorial work through teaching, sharing and archiving praise poetry in Africa because if we don’t, we risk losing it for good.

We risk having a single story being told about us.

It is apt to use the African proverb here that says: “Until the lion learns how to write, every story will glorify the hunter”. Praise poetry is one of the ways that we have been able to tell our own stories, histories and knowledge without the legitimacy of external powers. We glorify and critique ourselves through our poetry and losing this intergenerational treasure will mean the story will once again glorify the hunter and shame the lion. Keeping our history and knowledge alive is an important cultural practice.

Granted, culture evolves and is not an untouched or pure entity, but we should still take stock and reflect on how we are letting go of so much of our identity to the detriment of our future generations.

There are three functions that the praise poets played in African societies, namely to praise or criticise, to mediate and to educate.

According to Russell Kaschula, a praise poet “acts as a mediator, educator, praiser and critic between an authority and those under authority”. The main purpose of a praise poet was to praise; as the name izibongo suggests (izibongo means praises, worship and ukubonga means to thank). But, not only do the iimbongi praise, they criticise as well.

Kai Kresse puts forward an idea that “the art of praising is the art of critiquing”. The imbongi had an obligation from the community to be honest and truthful in their art. The imbongi was supposed to give praise or flatter when it was due or criticise the person being spoken about if the need to do so arose.

The imbongi was expected to deal with issues facing society whether political, religious or even historical. Their function in society was to report on the achievements or misgivings of the ruler to the people and to reciprocally do so with the community to the chief.

A good example of this is the Shaka Zulu poem. King Shaka was praised for being strong and courageous, yet at the same time the poet punitively criticised him for killing his own family, friends and relatives.

Also important is the fact that the praise poet was expected to function as a mediator; the middle man.  Whenever there was some kind of misunderstanding or quarrels between the chief and the people or between the people themselves; the imbongi was responsible for the mediation and resolving of the issues.

For example, if a community member was accused of witchcraft (a serious crime in African culture) and the accusations were found to be false after a trial, the accused would be remunerated with a cow or goat from the accuser. All this was done by the poet to keep the harmony and peace in society. The imbongi could do all this because he was living near the chief’s house and was an appointed member of the royal court.

Kresse  purports that imbongi is a “documentor of the commoner’s impression of the current state of affairs”. That is because in African societies the chief’s status was very dependent or reliant on people’s opinion. I would go further to say the poet was the eyes, ears, mouth, and heart of the people, to assess, listen and express the people’s soul. This is very true in that the poet would watch out for people’s discomforts and make them known to the chief, so as to reach a compromise in society.

Imbongi did not only mediate between the living, they went further into the next life, the dead. Basically the imbongi negotiated or mediated between the dead and the living. The praise poet function was to incite or invoke ancestral spirits just as a sangoma or diviner would do to “establish the contact of the ancestral spirits of the dead which were called for assistance” as Kresse says.

Most African societies revere ancestors or supernatural beings, so this was a very sacred event. Furthermore poets such as Ntsikana were a very important part of the religious movement in South Africa. Ntsikana wrote a lot of hymns and worship poetry for the Christian religion. The imbongi communicated the divine through their creative art.

In traditional African societies children were taught their history and social expectations through stories and poems. Praise poets would teach children their clan praises and how to express pride.

It is important to note the very patriarchal nature of this practice here too; it is not equal nor fair. Mostly, a boy would learn his father’s or grandfather’s izibongo and  taught the praises of their paternal surnames and history, treating women as appendages to their being. Regardless, the clan names were important to learn because they gave a child an identity and sense of heritage.

The imbongi would also educate the community at large about their history and even science, such as ecology. There are some izibongo that are composed for animals and their importance in particular societies.  In this way people would learn about the complexities of slaughtering a cow, making biltong, milking or even how to look after the animals.

It should be highlighted that the praise poets possessed very good language skills to convey whatever message they wanted to communicate; one popular skill being metaphorical language. Poets in traditional African societies were creative performers, as poetry is an acclaimed art.

The present-day Xhosa imbongi Zolani Mkiva is recognised internationally for his poetry and for restoring and promoting African oral traditions, especially Xhosa ones, even hailing former president Nelson Mandela during his reign in the 1990s.

He has also been awarded the order of Ikhamanga in silver for poetry.

In light of the arguments above it is thus acceptable to say that the praise poet, the imbongi, had a lot of important functions in traditional African societies and praise poetry should continue to have a prominent role. I have noted how there is palpable animosity between elders and children, trauma and tragedy linger because we do not practise praise poetry as we used to to make sense of our past.

Important lessons, therapies and ideologies that used to be taught and relayed through this form over dinner, around the fire or during games has been halted and that has had dire consequences for the moral fibre of our society.

Respect for elders, women and children, nature conservation, family trees, spirituality were all learned through praise poetry and perhaps the gap in the usage of poetry explains why we are seeing rot develop in our society.

I implore all of us to introspect on the importance of praise poetry and the loss thereof, because our children’s futures depend on it.