A world in need of redemption

This morning my two sons and I were having a texting exchange on Skype, while all of us were on our computers and online for various reasons — I was working and chatting to them in-between reading a PhD-student’s latest chapter of his thesis, and at least one of them was working while chatting too. We wrote to one another on the subject of the fundamental human need for some kind of (what in German is called a) ‘Weltanschauung’, usually translated as ‘worldview’, which imparts to a person a set of parameters for approaching the world in terms of criteria of meaning, of justice, of right and wrong — in brief, of an ‘ethos’.

We agreed that the books that I read to them and their sister when they were very young, and which included Richard Adams’s Watership Down, Shardik and The Plague Dogs, Roald Dahl’s wonderfully imaginative books (such as Matilda and The BFG), as well as C.S Lewis’s Narnia series (starting with The Lion, the Witch and the Wardrobe, and ending with the rather disturbing The Last Battle), contributed to the formation of such a sense of an ethos on their part. This has stood one of them, as well as their sister, in good stead in the education of their own children, who have already become, at an early age, voracious little readers in their own right. I stress reading rather than viewing because, while viewing good film material could fulfill the same role, it presupposes a reflective attitude that is cultivated by reading rather than viewing.

The exchange was initiated by myself, after reading an article by Zahid Mahmood on the alarming increase in knife-related crimes in Britain, and reflecting on the socio-economic and broadly ‘existential’ reasons for this phenomenon. It is not restricted to the United Kingdom, of course, although the ‘knife’ element is different from its ‘gun’ counterpart in America, simply because gun control in the UK is much stricter than in the US.

The report referred to above alludes to, among other things, ‘a lack of opportunity’ on the part of offenders, which indexes economic conditions, of course, emphasising the socially debilitating role of economic austerity measures under the neoliberal regime (which constantly erodes the public provision of activity-opportunities for particularly young people). This is a very important obstacle in the way of providing recreational opportunities for youngsters, as emphasised by the fact that, according to the article, they testify to turning to mischief because of ‘getting bored’.

While the economic perspective is important, though, I believe there is one that is more important, or at least more fundamental when it comes to signs of what I would broadly call ‘existential alienation’ — the sense that life has lost meaning, of which the burgeoning crime in the UK and elsewhere (including South Africa) is symptomatic.

And this is where my earlier reference to the exchange between me and my two sons is relevant — equipped with a broad axiological (value-oriented) frame of reference built up through the reading (and secondly, viewing) of edifying narratives with moral or ethical import, one can confront one’s own life in relation to the present benighted world – a world in need of redemption – with courage and the ability to negotiate its moral, social and economic pitfalls, albeit with no assurance that negotiating the latter will always be to one’s advantage (simply because it involves forces far beyond the control of individuals). Of course, I should add some of the other sources of a moral compass, such as philosophy and the other human sciences, as well as the wisdom of some friends and teachers, but fewer people have access to philosophy, etc., than to literature and good cinema.

In the article on British knife-crime, particularly among teenage boys, there is at least one instance which reflects a grasp of what I think of as the lack of a guiding ethos:

At a time when gender roles are rapidly evolving, women and girls have been able to cling onto movements that celebrate that change. Campaigns like #MeToo, for example, have been powerful vehicles for women and girls to challenge gender norms and explore what it means to be female.

“But boys and men have not organised in the same way,” observes comedian Michael Ian Black, a regular commentator on gender.

“No commensurate movement has emerged to help them navigate toward a full expression of their gender. It’s no longer enough to ‘be a man’ — we no longer even know what that means,” Black wrote in a recent New York Times op-ed ‘The boys are not all right’.

Arguing that “America’s boys are broken,” he wrote that gun violence in the US is more to do with boys being left behind than a lack of gun control.

From a discourse-analytical perspective the important phrases in this excerpt are ‘what it means to be female’, ‘we no longer even know what that means’, ‘not all right’, ‘America’s boys are broken’, and ‘boys being left behind’, all of which are symptomatic of precisely what I mean by the absence of an ethos, or a meaning-imparting ‘worldview’. Apart from the crime-wave in the UK, other symptoms abound in the world today, of which the drug epidemic in the US (and one could add parts of South Africa) — to which an entire issue of TIME magazine was devoted not so long ago — is an important one. 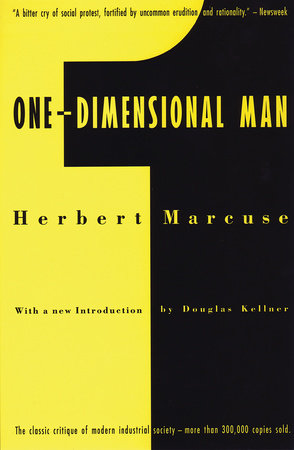 As for the reasons behind such a lamentable ethical vacuum, we don’t have to look far. What I would label ‘consumer nihilism’ is probably the most pervasive manifestation of such a world without redemption (and I don’t mean that in a religious sense, although many people would understand it as such). What do I mean by ‘consumer nihilism’? ‘Nihilism’ is the absence of (a sense of) value, precisely not in a financial or economic sense, because the latter obliterates value in the qualitative sense by reducing all qualities — some of them (like your love for someone) literally priceless — to a quantitative financial index or axiomatic. One can get an inkling of the values which would sustain a meaningful existence from Herbert Marcuse’s characterisation of ‘false needs’ created in consumer society, in this excerpt from his powerful book, One-Dimensional Man (Routledge, 2002: 7):

We may distinguish both true and false needs. “False” are those which are superimposed upon the individual by particular social interests in his [or her] repression: the needs which perpetuate toil, aggressiveness, misery, and injustice. Their satisfaction might be most gratifying to the individual, but this happiness is not a condition which has to be maintained and protected if it serves to arrest the development of the ability (his [or her] own and others) to recognise the disease of the whole and grasp the chances of curing the disease. The result then is euphoria in unhappiness. Most of the prevailing needs to relax, to have fun, to behave and consume in accordance with the advertisements, to love and hate what others love and hate, belong to this category of false needs.

This passage is not enough to do justice to Marcuse’s analysis of ‘one-dimensional society’ in this text; one has to read the whole thing. But it should be easy enough to connect it with what I have tried to evoke so far — the lack of meaning and value in consumer society, the turning to crime and drugs (paradoxically) as much to escape the one-dimensional meaninglessness of existence as to relieve boredom as its symptom, and so on. The point is that neoliberal capitalism represents a one-dimensional discourse or ideology, and for as long as it covers the cultural landscape like the nihilistic fog it is, no one should be surprised about (sometimes violent) symptomatic expressions of the meaninglessness it engenders.