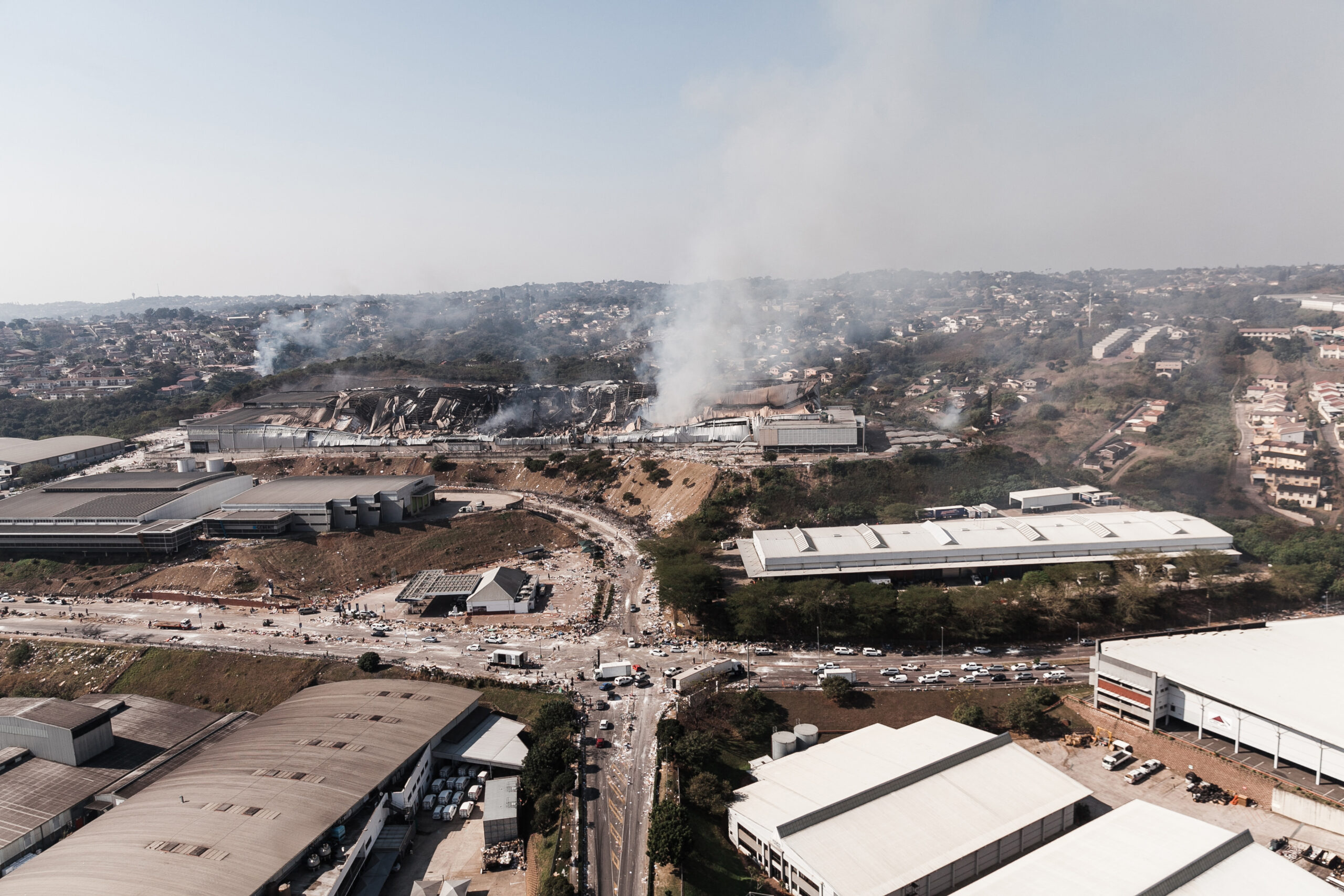 July 2021 was a harrowing month for all who love South Africa. As soon as the dust settled on the looting and unrest in KwaZulu-Natal and Gauteng, we started trying to make sense of the senseless using words, debating the semantics of “insurgency”, “insurrection” and “counter-revolution”. While I found all this fascinating, there is another trend that has been even more pervasive in news reporting over the past month: the solidifying of a new “axis of evil” around Jacob Zuma and his family amid the unrest.

I looks at news from a linguist’s point of view, by looking at the evidence in the numbers of mentions of words on online news sites.

In my database of 138 news articles from IOL, News24 and TimesLive’s daily newsletters from July 2021, the name “Zuma” appeared 586 times, while “looting” appeared only 126 times, and “unrest” 121 times. During the violence, the hashtag “#ZumaUnrest” was common in news reports. I have yet to find this hashtag in a mainstream news article dated later than 14 July, which is probably the result of a desire to decouple the jailed former president from the mayhem that ensued after his arrest. Despite this, the associations made between the Zumas and the unrest are still everywhere in the news.

Two words strongly associated with Jacob Zuma in July’s news coverage are “jailed” and “surrendered”. “Jailed” was used nine times to describe what happened to the former president. Although this is probably the more neutral of the two words, it already carries hints of the wrongdoing that landed him in jail.

The statement that Zuma “surrendered” appeared four times in the top news articles. “Surrendered” is a metaphor from wartime, although it doesn’t explicitly tell us what judgment to make of Zuma. Usually someone who surrenders has connotations of having capitulated, given up, but in other contexts we regard surrender as a courageous and honourable step, such as when surrounded military commanders surrender to save the lives of their troops.

Whatever our judgment is, the context of the word “surrendered” shows that Zuma’s lieutenants were ready to continue the fight on his behalf. Consider these examples: “When Zuma eventually surrendered, [Ngizwe] Mchunu then engaged in a tour of KwaZulu-Natal and Johannesburg, staging lone calls for Zuma to be released from jail”, and “Taking to Facebook shortly after Zuma surrendered, former eThekwini mayor Zandile Gumede said the jailing marked a dark hour for South Africa.” Ngizwe Mchunu has since been arrested as one of the key instigators of the unrest and is currently out on bail.

Mchunu and Gumede were just two of a crowd. It is well known that two of Zuma’s children, Duduzile Zuma-Sambudla and Duduzane Zuma, posted inflammatory content on social media at the time of the unrest. News24 implied that Duduzile was one of the names identified as instigators of the unrest, quoting Police Minister Bheki Cele as saying “One [Duduzile Zuma-Sambudla] or two names have been mentioned here. There are 12 names that the security cluster is looking at.” The name in square brackets was added by News24.

Jacob Zuma’s eldest son, Edward Zuma, was not mentioned in connection with the violence after his father’s arrest. However, he was identified as leading a group of supporters outside Nkandla on the day of the arrest, “vowing they would not let him be taken”.

Meanwhile, Jacob Zuma’s ex-wife, Nkosazana Dlamini-Zuma, was apparently inside the compound as police negotiated with the former president to turn himself in. Before the arrest, the Sunday Times reported that she had been sent to KwaZulu-Natal along with other high-ranking ANC national executive committee members “to help ‘quell the fires’”. If only she had managed to quell the fires among her own extended family and Jacob Zuma’s supporters after the arrest, we might have been spared all the violence.

Two other words closely associated with “Zuma” in July’s news were used to link still other people with the violence: “loyal” and “supporter”. Of the six times that “loyal” was used close to Zuma’s name, two referred to Thulani Dlomo, the former head of the State Security Agency’s (SSA) special operations unit, described as “fiercely loyal to Zuma”. Another two referred to “a parallel intelligence structure loyal to Zuma” that Dlomo allegedly still maintains within the agency. Former state security minister Ayanda Dlodlo denied that there were still senior officials loyal to Zuma in the SSA.

Dlomo remains out of jail, as no official charges have been placed against him. But it is small wonder that President Cyril Ramaphosa chose to bring the SSA directly under his supervision following the cabinet reshuffle on 5 August. Rot in the agency may well be one of the most important reasons why his government didn’t see the unrest coming.

Magashule was mentioned merely for posting an encouraging message to Zuma on social media following his arrest: “Ace Magashule, a longtime Zuma supporter who had accompanied him to his numerous court cases, said on social media that Zuma should remain strong and that the worst shall be over soon.”

The mention of Niehaus was much more concerning: on 7 July, TimesLive reported, “Niehaus, a staunch Zuma supporter, threatened violence in defence of Zuma at the weekend.” This was before South Africans were treated to the spectacle of seeing Niehaus deny on e.tv primetime news that he knew who was behind the unrest, only for a report to emerge a few days later showing that he was on a WhatsApp group in which looting was planned.

Rounding out a list of those closely associated with Zuma in July’s news is his advocate, Dali Mpofu, who surely must be a co-author of the strategy by which “the former president has for more than 10 years ‘taken every point in the book’ to avoid answering to the charges against him,” according to the National Prosecuting Authority’s Wim Trengove.

The Zumas, Mchunu, Gumede, Dlomo, Magashule, Niehaus, Mpofu: all these names form what would be called “a negatively-charged constellation” in Legitimation Code Theory, one of the frameworks I use to investigate political knowledge-building in the news. This constellation is centred around Jacob Zuma and has been clearly tied to the unrest. The negative connotations associated with each of its individual “stars”, including these links to the unrest, have a way of spreading to all the others, whether this is deserved or not. Just like the members of George W Bush’s original axis of evil, they will be judged as guilty by association.

I am not an investigative journalist, but a linguist: my job is not to determine who incited the unrest of July 2021, but rather to analyse how language is being used in the media to position people in relation to it. And what this analysis shows is that all the members of Zuma’s constellation are now strongly associated with the worst violence this country has experienced since the beginning of democracy. Unless something dramatic happens to rearrange these stars, their names will go down in history as linked to this disaster.