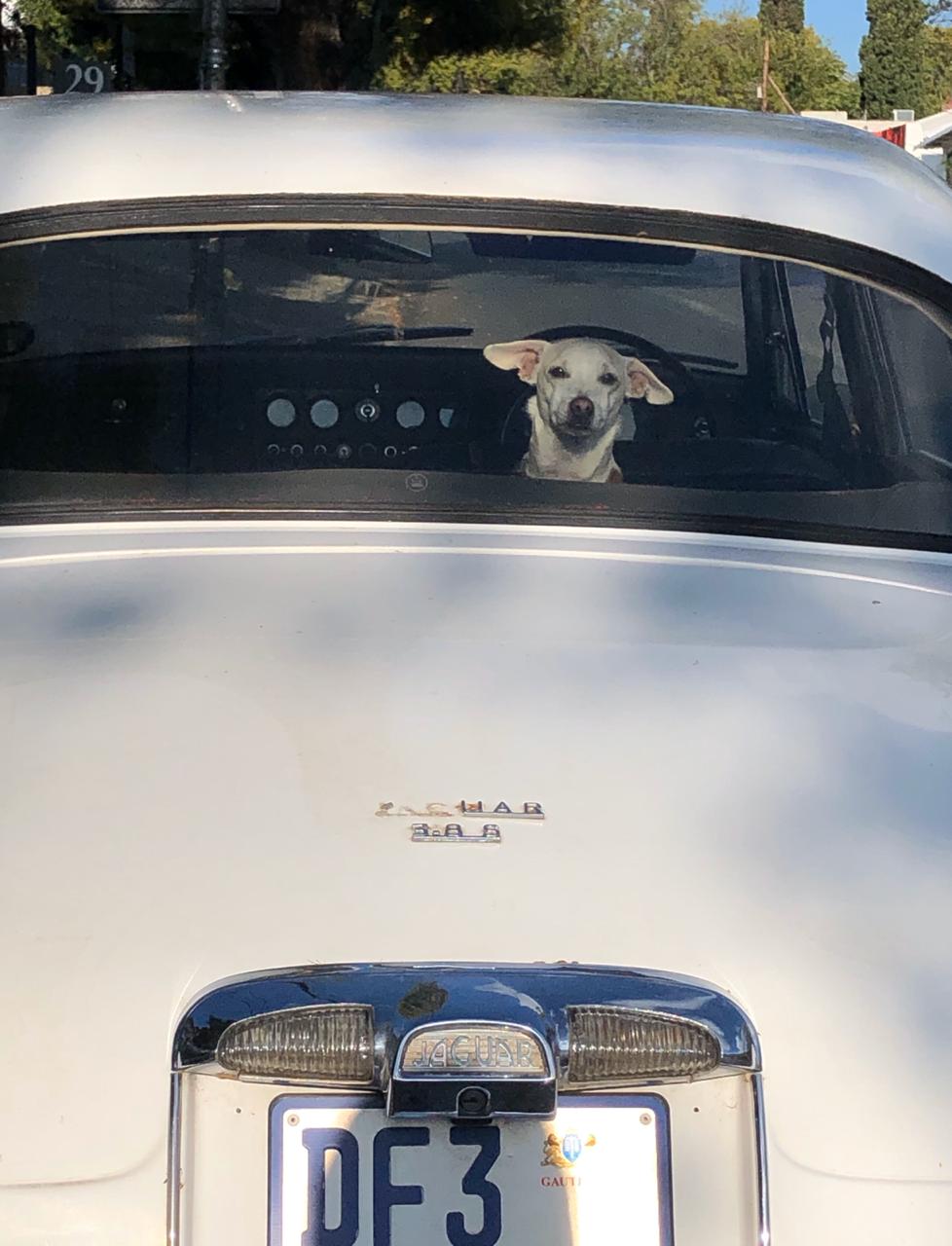 A dog walk on lockdown lane

Lockdown did strange things to memory. It has been easy to forget how it started, what happened, and even (in extreme cases) what day of the week it now is. But roughly a year ago, after that initial period of house arrest, we were all allowed out to walk our dogs. This is what I wrote on that day. Although, of course, I had forgotten I’d written it, and what I had done with it [until it popped up on my screen one day.]

“Today is a special day. Really special. A shit load more special than Christmas or the day where one celebrates the birth of Kim Jon Un’s father on a magical golden mountain of fire. Because yesterday the  government announced that after three months of being confined to our houses to prevent the spread of Covid we will be allowed out of our homes to exercise between the hours of 6am and 9am.

Restricting this to only three hours is doubtless the result of in-depth high-level thinking typical of all bureaucracies.

Apparently Covid is not active until 9am, when it awakes and gets to work infecting people. Even a virus needs its rest.

In all probability they thought that by limiting it to those hours, the spread of Covid itself would be limited. But instead it means that everyone has rushed out of their houses, frantic to see the outside world, all at the same time — giving the virus a helpful boost, just when it needed it.

By 7am social media is filled with pictures of the very, very crowded promenade areas at coastal cities where hundreds and hundreds of people have emerged from their apartments and are running, walking, doing push-ups, meditating, lifting small weights and talking very fast about what they’ve been doing during lockdown. They’re all desperate to do this during the few hours the government has allowed.

Finding my running shoes takes at least half an hour, because I haven’t used them in months (that would have been illegal). They smell slightly nicer than usual after this period of non-use, and by 7:01am I am outside my house breathing the air of a free man, with an overweight Jack Russell by my side.

Luke has put on about two kilos of lockdown weight since he and I stopped running. Which is quite a lot considering that he only weighed about three kilos at the start of this shit show.

The early people are the dog people. Clearly their dogs (like mine) have been driving them far, far past the point of insanity during lockdown. Today we will all walk our dogs. Nothing will stop us. Apart from the end-of-exercise deadline, after which it is possible that the police or army will shoot anyone still outside their house – thus helpfully ensuring that they do not die of Covid.

There are dogs everywhere. Dogs of every kind conceivable (that’s a biologically accurate term, because some of these dogs were conceived by parent dogs of very different breeds). Alsatians. Labradors. Poodles. Labradoodles. Fox Terriers. Scottish Terriers. Irish Terriers. Irish Wolfhounds. Bulldogs. Bull Terriers. Bull Mastiffs. A Great Dane the size of an actual bull. A small fluffy thing, the same size and colour of a piece of used cotton wool. They are all out for their first walk in months.

It’s like an ad for an upmarket brand of dog food. It is a wonderful scene of barking, licking, howling, pulling, urinating and bottom-sniffing madness that I will never forget. And when I am next depressed (which, given the state of the world, is likely to be this afternoon) I will recall it and use it as a memory-based antidepressant. I am hopeful that it will be successful enough to pass clinical trials sooner than any of the vaccines that seem will never arrive.

Shortly after the dogs arrive, the people arrive.

And another form of fantastic lunacy gets underway.

This is like a Nike ad from the late 1990s where everyone (regardless of age or size) discovers that they love running, that they will die without exercise. The streets are filled with people of every shape and age dressed in every colour of active wear imaginable.

A dozen pensioners in lycra chat about mortality rates and infection percentages as they power-walk past me. They almost collide with a group of muscular young men talking about the challenges (severe apparently) of hooking up with women during lockdown. Cyclists shoot past at clearly unsafe speed. I wave at my friend Marc who lives up the road, and then to the woman across the road whose name I can never remember. Two very large women in luminous leggings and matching peak caps sprint past me, wobbling frantically. A posse of svelte blonde girls pass us, pony-tails bobbing fiercely. Behind me are a group of old men who apparently do not own any athletic gear of any kind, as they are wearing brogues and work shoes. A husband and wife wearing hardly-used, matching running gear sprint the other way, trying to fit in as much exercise as they can before the 9am possible-execution deadline.

Luke and I gently run down our road. It is lined with Plane trees, and has always been a magnificent road. It is one of the reasons I bought the house. Bizarrely, last year almost every Plane tree in the city became infected with a bug, the Asian shot hole borer. And it is killing them all. The Plane trees were our canary in the coal mine and are now dying.

As we turn left the Jacarandas tangle and zig zag above us, the sun trying to shine through them, with mixed success.

I have noticed that with the lack of car and human activity during lockdown, birds have become bold and noisy. Startled by the frenzy of exercising and dog-walking, they erupt from the trees and bushes as we move past. A cacophony of song.

Everything is overgrown. As we hid from the virus, the municipality was unable to cut the grass anywhere in the city. It has grown impossibly long on the side of the road, traffic circles look like small circular jungles. The dogs frantically try to hunt the beasts within these jungles, dragging owners from left to right, and back again.

Luke comes face to face with a Doberman. He has never seen one before. He growls, because he is a Jack Russell, which means he is deeply confident of his ability to fight any dog he encounters. In fact he has several times tried to fight a Toyota Corolla, certain that (given favourable topographical advantage and fair warning) he could win a fight against almost any mid-size family sedan.

After three months inside, the sky has never been more blue. The grass never so green. The clouds never more fluffy. Were they always this fluffy? Did I just not notice? There seem to be dozens of things along this running route that I have run a hundred times, that I have never noticed. Was the roof of that house always crooked? Was the old house on the corner always so lovely? Surely the Camellia bush in the park didn’t always flower so generously? It probably did, and I probably just didn’t pay attention to it.

I’m suddenly completely overwhelmed by the beauty of the suburb in which I live. I feel like I want to cry. But naturally I don’t. It would embarrass Luke.

Just before 9am we approach the house. Which is also a sort of prison, although a very nice one.

I press the remote and the heavy gate slides open. We go inside. It closes.

If I turn to my right I can see the road that heads up the hill. It is suddenly deserted. The dogs are gone. The runners are gone. It is silent again. Like it has been for the whole of lockdown. But it is different this time. Because tomorrow we will all be out in the streets again. Running, barking and sniffing. Slowly, life is returning.”