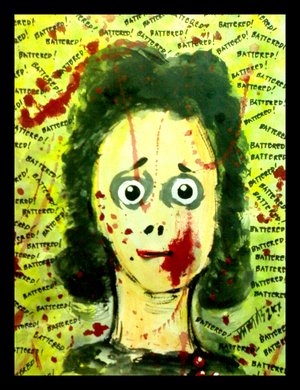 There are two features of South Africa’s power crisis that are even more annoying than the consequences of the crisis itself; more annoying still than that the guilty and incompetent people who caused it are lying about it and still drawing their millions in performance bonuses.

One is the positive-thinking rubbish many people have been writing. The other are the insults and nonsense we’re being fed by the government.

The Pollyanna brigade is everywhere, and perhaps its most annoying members are the CEOs who put on motivational-speaker hats to whip optimism into their staff. (For an example, see the email over here.)

They should know better. Yes, I know we’re going to have to buck up and do something. Yes, I know there are opportunities in every crisis. Yes, I know people are resourceful and energetic and innovative. (Though this is why they should have been responsible for their own service delivery in the first place, in stead of relying on the government and being banned from competing in the provision of those services.)

That we’re going to have to buck up and make plans is a given. But we should never have been forced to waste our resources on this. We have better things in which to invest effort, such as increasing employment, reducing poverty, fighting Aids and building long-term prosperity. And — as I pointed out in earlier posts about firing the guilty and fixing the economic policy that caused this — we had better make sure we’re never forced to waste our energy on unnecessary costs caused by incompetent government in future.

Positive thinking isn’t going to fix the unavoidable spike we can now expect in unemployment. It won’t make the inevitable resurgence in price inflation any easier for people to bear. It won’t repay the necessary unbudgeted expenses you and I and every business will have to incur. It won’t fix the economic growth we can now forget about. It won’t repair the shattered investment confidence. It won’t replace the lost jobs.

Yes, we’re going to have to survive all of that, and I’m sure we will.

But that doesn’t mean we should just sit around like beaten curs and grin and say, ‘Thank you, master’ after we’ve been violated, at our own expense, by the central planners in government. Stockholm syndrome (or beaten-wife syndrome) makes me angry. We should get angry and kick the abusers out.

But what makes me angrier still is the constant barrage of undiluted bull manure Eskom and the government are shovelling down our throats.

Switch off your geysers, they say (and the CEO email quoted earlier repeats this advice). They, of all people, should know that the energy needed by an insulated geyser is dependent on hot-water consumption, not the duration of the heating cycles, unless you bath less than, say, twice a week. Or maybe they don’t know that.

At best, if geysers are switched off at the right times, they can aid in distributing loads from peak times to off-peak times, but since our “peak” time (last time I checked) stretches from 7am to 11pm, randomly switching off geysers isn’t going to make much difference. Much, much more energy can be saved by turning down the thermostat a little. Why are we being given such patently wrong-headed advice? So we can all feel that we’re Doing Something? That we’re Working Together for One Common Goal? Is this just demagoguery? I think so.

They tell us that China and Brazil have had similar power crises. Firstly, so what? Is that supposed to make us feel better? Does that mean our government has done a good job? In China, severe winter storms caused a very temporary crisis. I’m no meteorologist, but I’d swear I didn’t notice any destructive blizzards this summer. In Brazil, a severe drought caused shortages in 2001, because the country is heavily reliant on hydro power. Where is our act of God? Simple. We haven’t had one. Our government officials are wholly and entirely to blame. God had nothing to do with it, and I’d wager he resents the imputation.

They must think we’re stupid. Oh, yes, here we go. Our esteemed minister in charge of energy affairs: “Go to sleep earlier so that you can grow and be cleverer.”. Of all the insulting, patronising and idiotic things I’ve ever heard, this trumps the lot. Let’s leave aside the medical advice. This minister can’t even handle her own portfolio, and if she is just conveying what the health minister said, well, the exact opposite would be indicated. The simple fact is that using less power at the only time we actually have enough power available will make virtually no difference. Unless there’s something about the effect of price controls on coal supplies we haven’t been told about. Which is, of course, entirely possible.

South Africans, your leaders refuse to fire the guilty parties. Instead, they pay them performance bonuses with your money. They refuse to change the central-planning policies that made it possible for a handful of incompetent idiots to ruin our economy in the first place.

(First published on my own blog.)