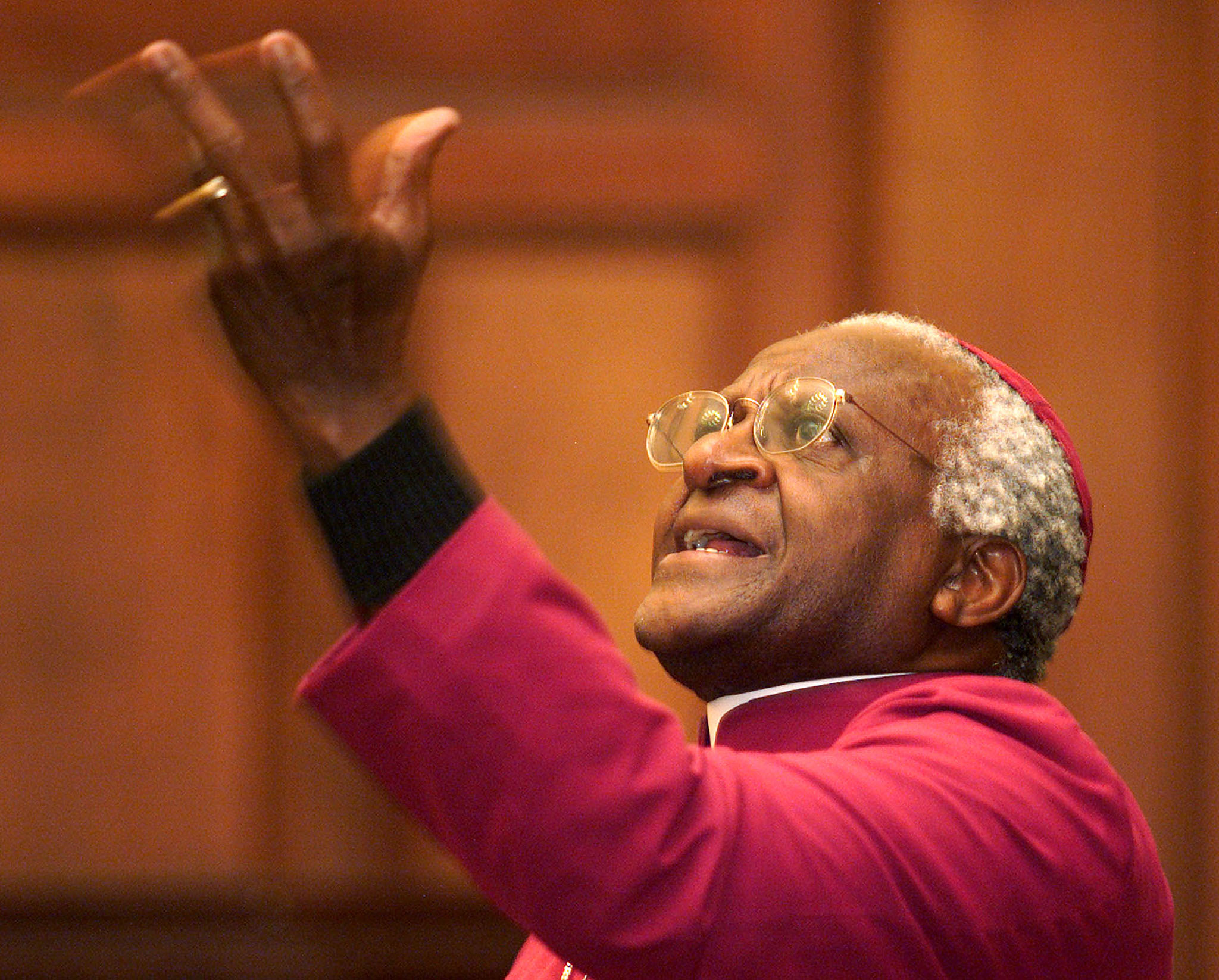 Let the Lama Skype in!

When Arch Desmond Tutu’s BFF received a big fat “NOT YES” from the South African government, the Arch took the (in)decision rather personally. Fortunately for our Tutu, we South Africans, having a flair for dramatic tendencies, dichotomised and moralised the issue into good vs evil, with the country’s integrity and pearly gate invite hanging in balance. We judged our government for its “disgraceful”, “shameful” stance against human rights and all that good stuff. Collectively we decided that the foreign affairs visa application queue is as good as any place to decide on our foreign policy, just as the ministry of international relations and cooperation had spontaneously made up two contradicting policies on Libya within one week, a few months ago. Maybe it’s time the South African government define a clear and predictable foreign policy and communicate it?

It’s really cute that we thought this visa business to be a black and white issue, our favourite colours. One was either for morals or for immoral investment. Although not too eager to point our government towards world economies with money so clean it could be presented with 70 virgins dressed in white, we spotted the evil investments. Mind you, the South African jury is still out on the morality of foreign direct investment, since just last week the nationalisation discussion was “negatively affecting foreign investments”.

Furthermore we immediately limited the terms of reference for the discussion, shying away from the broader socio-economic impacts of the effect of these dirty investments. This was a question of how the world would look at us and our morality, and not all about putting at risk much-needed direct investment in such economically turbulent times.

With the number of competing issues that were on the table, it should have been perspicuous to all of us that this visa business was not an elementary decision for our government. While picketing for an hour or two at a local consulate, before returning to our middle-class homesteads in time for dinner and the 7pm news, we were barely bothered by the noticeable absence of representation from other members of our society.

A country’s foreign policy is meant to further its own national interest, first and foremost. Anyone who has not been in a coma in the last year would know that ours are sustainable and meaningful economic and employment growth, especially with the looming threat of the ANC Youth League eating our cheese. Of course the definition of sustainability, especially in relation to China’s economic and political practices is an important consideration, but let’s focus on South Africa for now. In this globalised society, with the open economy that South Africa finds itself with, foreign policy is a key strategic tool in achieving its primary mandate of economic and employment growth.

National interests are not always glamorous, easily dissectible unrelated issues. A decision will often anger some, but it must serve the interests of a majority of people within the country. When the ANC campaigned during the national elections, it did not promise to do what Mandela would do, instead, it promised meaningful employment and sustainable growth. It is by that, and not its Jesus-like behaviour, by which the majority will judge it.

Had our “shared morality” won the day, the Dalai Lama would have had a good time at an exclusive venue with maybe a five-minute segment on Top Billing, while government was left to salvage a relationship with a very unhappy strategic investor, and some very poor and unemployed people, with only one happy Arch to show for its efforts. When we decided to get into a cheap bed with China certain sovereignties were lost in the process. We must pick our battles well.

Take my bible if you see fit but in this instance, the South African government made the best decision for the whole. If we really care about our heavy dependence on China, then we must raise that particular issue with government and focus on diversifying our diplomatic and economic relationships. But for now, it’s easier to Skype-in the Dalai Lama than finding billions in alternative investments.

The government’s real mistake here is that its citizens still cannot predict, with some level of certainty, what its decision on any foreign affairs issue will be. It’s as though International Relations and Cooperation Minister Maite Nkoana-Mashabane consults the magic eight ball when a new issue arises.

So long as the our government does not pen down a foreign policy and effectively communicate it to its citizens, we’ll be stuck in a situation where the great people at Lead SA decide our morals and principles with John Robbie and his callers. The Great Archbishop will continue to hold press conferences and declare the ANC “worse than the apartheid government” and pray for its demise at dinner time.

As a country, we must define, and more importantly, prioritises our true values and principles, and not rely on the reactionary values we defined when we were worried about not repeating that apartheid thing again. Until we do this, each South African will continue to define his or her personal interests and preferences as national interests, and the country will continue to look each of us, and to the world, like a spineless pseudo-powerful confused emerging economy.

For most of her twenties, Zama believed she was destined to be a middle-class coconutty capitalist with an MBA. Turns out her calling is beating people with the truth-stick. If it hurts, it’s not personal. When she's not watching the world with amusement, she can be found tweeting on her account @JoziGoddess.