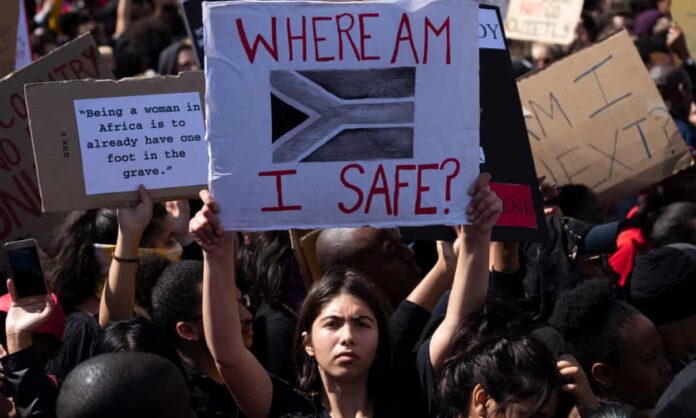 Walking down the street is an act of courage

When I was 13 years old, I started walking home from school. As soon as my talking, brown leather shoes hit the ground outside the school gates, however, I wasn’t 13 anymore.

I was guarded, suspicious and afraid. Walking down the street as a woman, of any age, can be a traumatic experience.

One particular day when I was walking home, jaw clenched, hands rolled into fists, eyes darting around corners, I saw a man leaning against a waist-high wall.

The vice grip in my stomach tightened.

I walked on and noticed him unbuckling his belt. I stopped, frozen in disbelief. His pants dropped and there it was, looking at me. All of him, looking at me.

I did the safest thing I knew how to do — I smiled and carried on walking.

For many years, I didn’t pay this experience any mind. He didn’t rape me, I thought. I got off easy. As I grew older, and the harassment intensified, I realised how these experiences were affecting me. The microaggressions were changing how I saw the world.

Gender microaggressions are small moments, comments and interactions that seem harmless, but negatively affect the person on the receiving end over time. This effect can manifest itself mentally, emotionally and even physically. Microaggressions can take many forms, from catcalling, objectification and mansplaining to non-consensual touch, slut shaming and assuming that gender exists on a binary.

This phenomenon presents itself in less overt ways as well. Think: driving behind a bakkie and putting on your sunglasses because, to the group of men seated at the back, eye contact is an invitation.

The term “microaggression” has gained traction in recent years and is mainly associated with the context of racial discrimination. However, more and more people from marginalised genders are speaking out about how the term accurately represents their everyday experiences and the accompanying powerlessness, frustration and anger.

We often pass these microaggressions off as playful and innocuous but they are incredibly damaging. We don’t talk about them much, I guess because in a society where incidences of rape and gender-based violence are widespread, they don’t seem “as bad”.

There is no hierarchy of trauma. At least there shouldn’t be. Trauma is trauma — we’re all affected by different things in different ways. To minimise these microaggressions is to negate the experiences of millions of people.

Years ago, I heard a comedian talk about her experience of walking home. It was late at night and she heard footsteps behind her.

“Okay, here it is. This is my rape,” she thought. The crowd laughed and so did she. However, the reality of her words hit home for me. It was as if the outcome were inevitable; as if it were only a matter of time.

I often think about this comment and my own experiences and wonder to what extent gender microaggressions are a gateway to sexual assault. I don’t have the answer to this, but perhaps it is a question we should be asking.

I’m not saying that rape and gender-based violence aren’t horrific and devastating. They are — in more ways than I will ever understand. What I’m saying is that in conversations about how marginalised genders are oppressed and violated, microaggressions shouldn’t be sidelined or shrugged off.

So where does this leave us? Not very far, I’m afraid. My hope is that more people, with similar experiences, will speak up so that this topic is deemed important.

Until then I will continue walking down the street, as is my right; holding firmly onto the belief that one day I will be able to do so with uninhibited confidence and a true sense of safety.