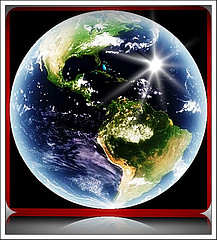 What on earth could be more important than football?

By Tinyiko Sam Maluleke on 5 October 2011

I am in a hotel room with no en-suite shower or toilet. Did I say room? There isn’t enough space for my brightly coloured Shangaan bag between the single bed, three walls and door. So overnight I share my bed with my Shangaan bag. Try substituting a large bag for your teddy bear (or its warmer-bodied substitute). Yet the joint displays the appellation “hotel” shamelessly and prominently outside. I am not visiting some untouched-by-civilisation-tribe deep in the Amazon jungle. This is the famed city of London, Russel Square to be precise. It is the first weekend of October 2011. The after effects of my overnight flight are joining forces with the horror inspired by my hotel squatter camp. I come down with a stomach bug. Imagine my considerable frame, bent up like a bow (ready to shoot!) scuttling noisily up and down floors through the narrowest of passages — from my room upstairs to the toilet downstairs — up and down, several times through the night.

Shortly after my arrival at hotel squatter camp, the BBC journalist arrives. He’d arranged an interview with me way in advance. He quizzes my tired mind on the Archbishop of Canterbury’s upcoming visit to Zimbabwe.

“Is it a good idea for the archbishop to go?”

“Should he see President Robert Mugabe?”

“What should the Archbishop say to Mugabe?”

“Hands off the church and please retire yesterday.”

I warn that the archbishop better prepare for a possible assault on his dignity and that of the Church of England given the intimate and historical love-hate relationship between Mugabe and Britain. At this point the satisfied-looking journo packs his high-tech recording equipment and disappears into the streets of London. Who knows which of my words he will choose to use? In interviews you say your say but someone else is going to edit, pick, choose, contextualise and package so you sometimes end up meaning what you did not say and saying what you did not mean.

The centrepiece event of my visit happens further north of London, in Manchester. I hop onto a fast intercity Virgin train. Two and half hours later I’m walking down the streets of Manchester United — one of the most recognisable football brands in the world. It’s also home to the resurgent Manchester City. Manchester: the castle of the legendary Alex Ferguson, laboratory of ambitious Roberto Mancini, home to the amazing Wayne Rooney and stomping ground of the temperamental, but magical Carlos Tevez.

Given the trials and tribulations of my night at hotel squatter camp I’m not as sprightly as I can be. The streets are full of evidence that on this day Manchester United is playing Norwich Football Club. A football crazy friend of mine sends me a text message. He cannot understand why and how I could come so close to the sacred grounds of Old Trafford and miss the opportunity of opportunities. Unforgivable! What on earth could be more important than football, he asks rhetorically.

There is indeed such a thing that is more important than football, it’s called Earth! I’ve come to Manchester to speak at a conference on climate change. To join others campaigning against (government) practices that exacerbate climate change and polices that shift the effects and the burden of the most devastating effects towards the poorest of the poor. The evidence is mounting up and overwhelmingly so that climate change is a real, present and worsening danger.

Ironically the date of my sojourn in Manchester — October 1 — has been recorded as the warmest October day in Manchester ever. In the same week there are deadly floods in the Philippines. Local weather forecasters suggest that by October 9 temperatures will drop by so much that there might be frost and snow in several places.

My first assignment is at the Manchester Metropolitan University where I take part in a panel comprising anti-climate change organisations with a very strong student presence. They’re holding their own “stop climate change chaos” campaign. It’s encouraging to listen to students and younger academics speak so passionately and intelligently about the dangers of climate change and what their government and the corporate sector should be doing about it.

Later that afternoon I give my main talk at a service organised by three internationally known humanitarian aid organizations — Christian Aid, Cafod and Tearfund. I begin by giving my 600-person strong audience the warm greetings of our minister of international relations, the honourable Maite Nkoana-Mashabane, who is also the incoming president of COP 17. I assure them of warm regards from Desmond Tutu (who turns 80 later this week) and Nelson Mandela. My audience particularly like the reference to Tutu and Mandela.

I speak about the arrogance of humanity which makes people think they are better than the mountains, animals, rivers, oceans and forests. I speak of a time when my ancestors believed trees could be cajoled, rivers could be reprimanded, forests could cry out and wild animals could be related in terms similar to human relations — all deserving respect and reverence. But my ancestors were told oh no, this is unscientific, backward, pagan and depraved. And yet it is science that tells us today that the destruction of forests such as the Amazon is responsible for our increasingly scarce rains. At the end of the service the crowd moves into a street procession across Manchester towards a venue where Prime Minister David Cameron’s Conservative Party is having their annual meeting. I proudly walk in the front row prominently declaring a poster with a question for the prime minister: “Greenest Government Ever?” He’d promised — upon taking over from Gordon Brown and Labour — that his would be the greenest government ever.

Admittedly climate change is a complex and disagreeable issue, especially from the developing world’s point of view. The fact is that the contribution of the developing world in the production of toxic waste and carbon emissions is small compared to what comes out of the wealthy and developed world. Yet the developing world is experiencing the deadliest effects. This situation is made worse by the approach of some that seems to dissociate environmental issues from social justice issues. Climate change issues tend to be viewed as a replacement of social justice issues — “enough about human liberation, now is the time to liberate the environment”. Such arguments are of course mischievous, self-defeating and downright dangerous. It is self-defeating because if environmental justice has nothing to do with the struggle against poverty, imperialism, colonialism, racism and gender violence, tell me what has? Furthermore failure to make connections between social justice issues and environmental justice issues is probably at the heart of government and civil society inertia. It is this failure to make the necessary connections that is tempting some rich countries to outsource and “buy” the management and dumping of their toxic waste to poorer countries. It is this failure that allows for the astounding rhetoric that sees poorer countries blamed for and burdened with the worst kinds of effects of climate change.

In the final reckoning it will not matter whether a country is rich or poor. If nothing is done by governments and corporations, by NGOS and civil society to stem the tide of climate change there will be no earth for future generations to inherit or inhabit. The COP 17 gathering in Durban is one of the most important gatherings on earth. It cannot be allowed to fail. Could memories of the global anti-apartheid struggle inspire the COP 17 hosts to a new struggle that beckons?

Published in News/Politics and Sport