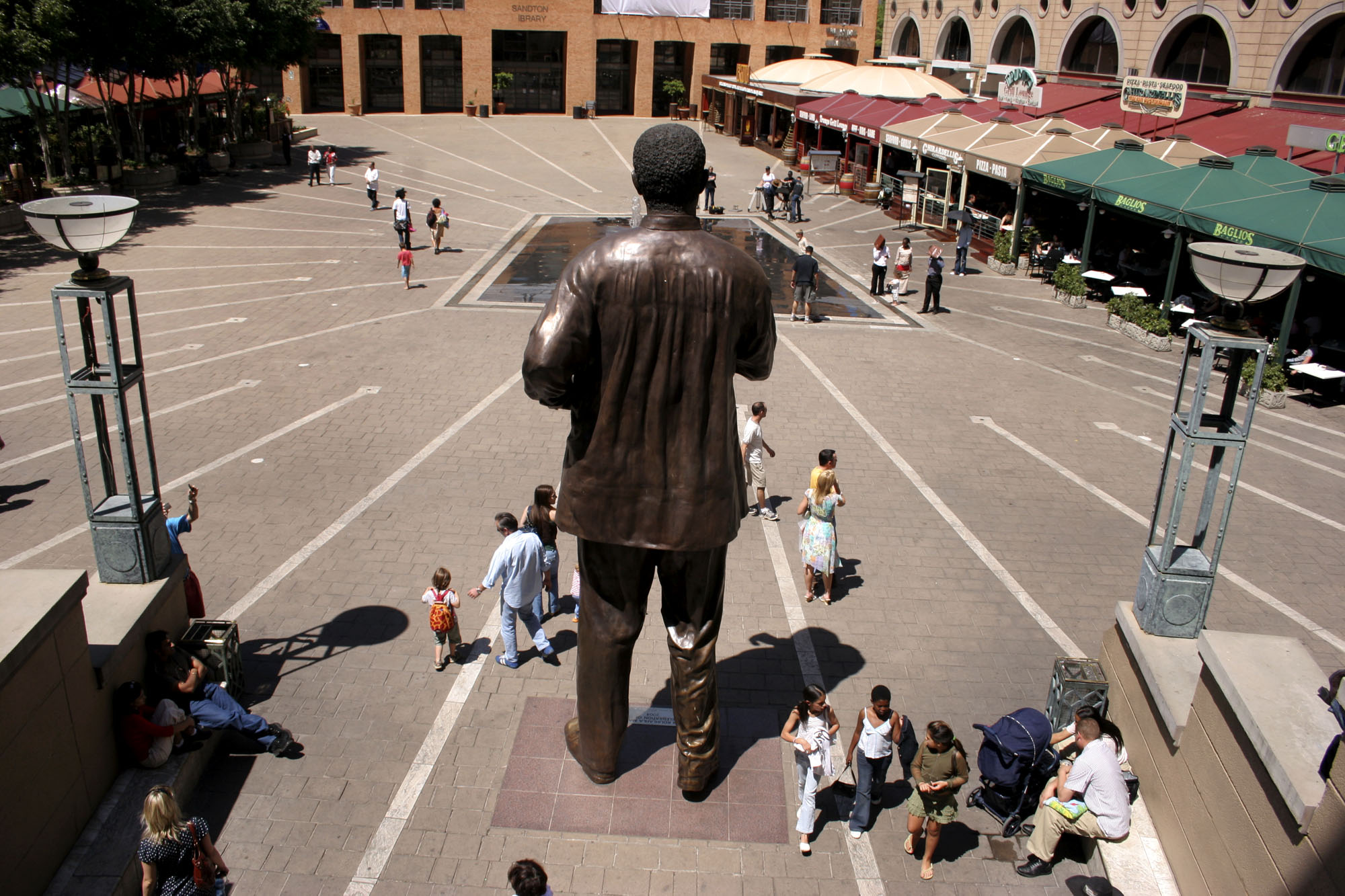 Liberating ourselves from unhelpful notions of struggle heroism

By Tinyiko Sam Maluleke on 19 September 2011

The theme for this year’s Heritage Month leaves me somewhat cold — even after carefully considering the major statements of the ministry of arts and culture in this regard. “Liberation heritage in honour of heroes and heroines of the liberation struggle”, that is the theme. Not that there is anything wrong with the idea of “liberation (as) heritage”. Nor do I totally begrudge those who continue to employ the nice-sounding and increasingly glib notions of “liberation heroes”, “liberation heroines” and “liberation struggle icons”. Am I the only one who feels the word “liberation” is getting more and more mention and less and less practice — as if repeated mention of the word will substitute for the lack of experience of lived liberation by the vast majority of people in this country?

“We will remember the(se) heroes and heroines of our people by erecting monuments in their honour,” said Minister of Arts and Culture Paul Mashatile on September 14 2011 at a parliamentary debate on Heritage Month. But liberation should be conceived of as more than a “heritage” that is capture-able and display-able in monuments, museums, statues, set-aside graveyards and gigantic tombstones — however splendid the visual displays and however carefully thought out the artefacts. Some of these sites run the risk of banalising some rather complex events and persons. They attempt to capture what should not and cannot be captured in monuments — reducing dynamic movements, fully human persons and multifaceted events into monotonous fixed entities. Intending to give ongoing life to people and events, monuments often succeed in “killing” the memory of the very people and events.

Citizens do not always “connect” with the monstrosities erected to commemorate and memorialise. Daily, they walk past these monuments, see them from the corner of their eyes, subliminally, but barely recognise them as either epoch-making or life-changing. Disconnection is neither the only nor the worst form of reaction towards some politically conjured-up heritage or memorial sites. These monstrosities can traumatise and terrorise. Every time I look at the giant and ugly statue of Nelson Mandela installed at the heart of Sandton’s medley of shopping malls, I cringe and look away with pain. Monuments can traumatise people by dealing trivially and superficially with dear stories, special people and phenomenal events. Trauma can also come when monuments attempt to “legislate” and “manage” how we should remember, which is inevitably what monuments are ultimately about. Terror can occur when we are forced — through monuments to remember stuff we would rather choose to remember through ways of forgetting. Are there events, stories and people who are not worth remembering? Maybe not. But I do think there are people and events not worth monumentalising.

Minister Paul Mashatile presents as part of the rationale for the monumentalisation project the objective of combating the antics of “those who seek to rewrite and distort our history”, those seeking to “wish away the existence of the liberation struggle”. This is ironic because his project runs precisely that risk. Almost by definition, a monumentalisation project seeks to present neat, singular and dominant interpretations of major events — including the power to decide which events are major and worth memorialising. People are instinctively offended by the very attempt to provide one dominating and timeless interpretation of a person, tradition or movement — even if they do not necessarily disagree with the dominant interpretation on display. Surely the meaning and significance of persons and events changes with more/new knowledge and with the passage of time.

The obsession with the role of individuals in the struggle for liberation — a global phenomenon — is part of the problem. This has led to the absurd situation where everybody simply lists as heroes only persons linked to their political party. In this situation, the most powerful party, the ruling party, will supply the greatest numbers of liberation heroes to be mentioned in speeches of national significance and those to be monumentalised in all the sacred sites of the nation. The deeper and related problem lies in the attempt to reduce liberation and struggle heroism to individuals — the cult of individual struggle heroes. What if whole villages and whole townships rather than individuals were the struggle heroes? What if political philosophies and traditions were the real struggle heroes? What if unknown, uncelebrated individuals — men and women — as well as loose groups of individuals, affiliated to no famous political parties, were also struggle heroes? What about those who used means other than the song-drenched protest march, the gun, prison and exile to wage the struggle for liberation? Why are we attempting to limit the notion of struggle only to the known, the obvious and the conventional? Why are we so tempted to reduce the history of struggle to a “beauty contest” of individual heroes and heroines nicely slotted into the narrowest of party political boxes?

One of the greatest liberation heritages of our country, for example, is the Black Consciousness (BC) philosophy. In a context where our grid of criteria for contribution to liberation is the political party and the famous prison-decorated-individual-cum-military-commander, we may miss just how phenomenal Black Consciousness has been for this country. In a context where we are looking for blood-soaked mass events of the “skop-skiet-en-donder” type, as the only milestones in the road to liberation, the more enduring intellectual, psychological and political role of BC can be missed. We all know that the man deserves more recognition than has been given since the advent of democracy, but by BC I mean more than Steve Biko. Nor am I speaking of Azapo or the Black Consciousness Movement — mere political parties which tried to capture (that horrible word again!) the spirit of Black Consciousness.

I am talking about an intellectual tradition that made the pursuit of knowledge a hallmark of the struggle for liberation. Here is a movement that managed to mobilise the arts and sciences for liberation. It helped us reconnect to the Pan-Africanism of Marcus Garvey, Edward Blyden, WEB Du Bois, Kwame Nkrumah and Robert Sobukwe. BC helped us rescale the heights of the intellectual traditions of the Drum magazine generation of black writers and the works of Frantz Fanon in the early 60s. BC taught us that liberation is something to be attained on the inside as much as it must be taken on the outside. In this regard, BC was perhaps the deepest, most creative, and most revolutionary response to the Freedom Charter dictum “South Africa belongs to all who live in it”.

BC is and was not an airy-fairy intellectual philosophy. Nor was it about military bravado. It was a total philosophy rooted in the belief that the oppressed need to help themselves if they and the oppressor are ever to be free. It is and has always been about economic freedom — broadly and comprehensively defined. But this was not economic freedom based on tenderpreneurship. It was economic freedom based on the enlivening and tapping of local knowledge in dynamic dialogue with knowledge from elsewhere. The idea was never about making “the leaders” the richest and loudest men and women in their lifetime — a warped and wicked inversion of the noble phrase “leading by example”.

Look around you; you will see the (brain) children of BC in virtually all the pockets of excellence you find today. Our best and most progressive traditions in journalism owe something to BC and Pan-Africanism. Some of our best literary traditions owe something to BC and Pan-Africanist philosophy. Look at our current judiciary, remove the BC influence and the Black Lawyer’s Association and tell me how many black judges remain. But I am falling into the trap of the cult of the individual struggle hero and heroine — I will not continue with this train of thought, tempting as it is. There are subjugated schools of thought in history, African and English literature, leadership theory, psychology, theology, sociology, public health and anthropology, to name but a few, which were born from the womb of BC philosophy. BC gave us the best chance of entering the global knowledge economy as self-confident equals with something to give and not merely take. It gives us our chance to integrate with science from inside and not to view science as something wholly external needing to invade our space, time and consciousness.

Many drank from the fountain of BC and Pan-Africanism freely and in broad daylight. Others — from here at home and abroad, black and white, male and female — borrowed, stole, adopted and adapted from it. Here is an intellectual tradition — made in South Africa — that has been exported to North America, South America, Europe and the rest of the African continent.

We only ignore and reduce the place of Black Consciousness as a national heritage at our own peril and at the peril of our black and white children.

Tinyiko Sam Maluleke is a South African academic (currently attached to the University of South Africa [UNISA]) who suffers from restlessness, intellectual insomnia, insatiable curiosity, a facsination with ideas, a passion for justice, a crazy imagination as well as a big appetite for music, reading and writing. He has lectured briefly at such universities as Hamburg in Germany, Lausanne in Switzerland, University of Nairobi in Kenya and Lund University in Sweden - amongst others.