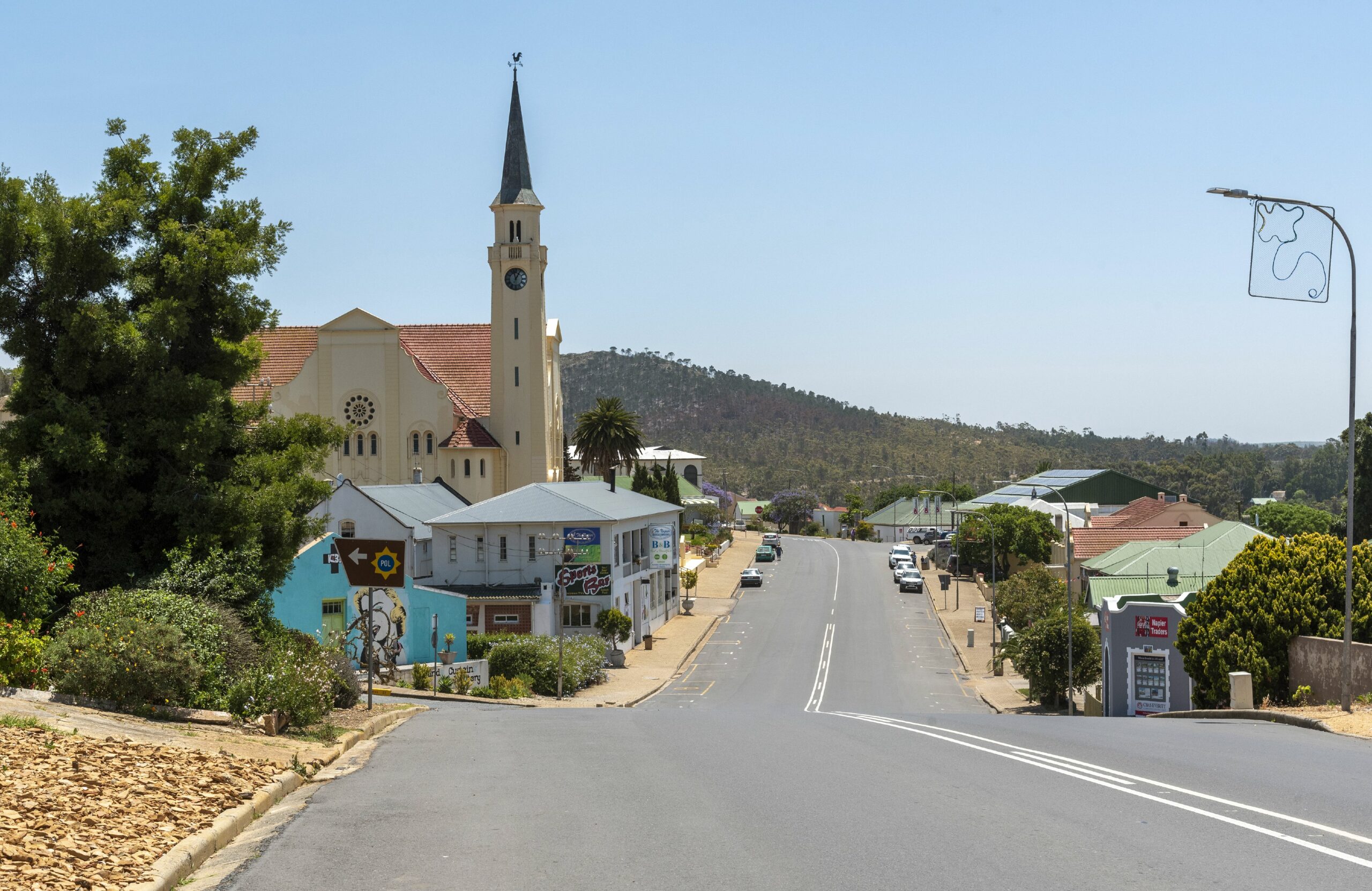 So you’re really moving to a small town?

“Instead of wondering when your next vacation is, maybe you should set up a life you don’t need to escape from” — Seth Godin, entrepreneur, best-selling author, speaker.

Prepare to hate it before you love it, unless you go prepared. Financially prepared without a doubt of course, but also mentally, emotionally, psychically and physically.

Ha, ha. All that emotional preparation didn’t work in my case. I was traumatised. We packed up our spacious house in Johannesburg, shedding decades of memories, nearly all my most precious possessions including the family silver, and my lovingly tended herb garden just when it was luscious as never before.

We left in a mad scramble, stressed out of our brains, abandoning a thriving business in my husband’s case and a long love-hate advertising career in mine.

We left our friends, our incomes, our lifestyle, Gauteng thunderstorms and the joy of a German speciality deli just two minutes away on Sundays.

We left the taxis and the sirens, the scream of the highway, boy racers in their blinged-out boom boxes on wheels, other drivers giving you the finger, and beggars on every corner.

We left everything I knew and I thought I would die of sorrow, although I’d been the original instigator of “let’s go and live in the bush” and participated enthusiastically in the growth of our dear little new home from its foundations to being furnished, over several years.

A few mornings into our “new life” where previously we had just spent short holidays, I woke up in our little rondavel in the game reserve, to the hammering of a woodpecker and a nasty look from a passing warthog. If this was a terrible mistake, it was irreversible. The old life was gone.

A few weeks later, after the paucity of shopping in both the closest dorpie and the next-closest, after the realisation that cherry tomatoes were not a commodity but a precious rarity and that special spices, not to mention Asian noodles or the cuts of meat I use just weren’t going to show up, I was bleak beyond measure.

And there was nowhere to get my staple nourishment: books

Didn’t anyone in this place read? Were their entire lives spent watching animals, braaing and bemoaning the power outages and water cuts on Facebook?

In the meantime tropical storm Eloise showered gentle, relentless, almost silent rain upon us for nearly two months and the dirt roads were impassable for my tiny car. I wanted to fling a suitcase into it and flee to my friends in my beloved Johannesburg, but I couldn’t.

I couldn’t even make it onto the shattered road outside.

I wailed on the phone to friends, (when WiFi or the cell phone tower were working, which during the rains wasn’t often) who assured me from the comfort of the shop-filled city with its tarred if potholed roads, that I’d get used to it. I was, they said, on the verge of loving it. “How lucky you are,” they said. “How privileged.”

Meanwhile Hubby was ecstatic. From the get-go he galloped through the game reserve at six every morning, returning with tales of ostriches and having startled sleeping buffalo awake on the other side of the fence (where lies the Kruger Park). And I got sick and then sicker, with strange, frightening symptoms, and landed up in hospital in the nearest big town.

Lockdown and the growth of remote working have led to a worldwide shift from cities to smaller towns, where the air is cleaner, property is cheaper, nature is closer and WiFi is plentiful though often unreliable, as can be water and electricity, all of which are major aspects to consider.

And while living may mostly be much cheaper, with rates and taxes a lot lower and no chance of impulse buying, transport and vehicle maintenance cost more, you may need to swap your town car for an SUV, and public transport is sorely lacking.

If the idea of driving to a town as opposed to simply going to the nearest strip mall just for basics such as loo paper horrifies you, think about it. It’s something I’ve found one adapts to, and one shops in bulk accordingly, but it’s not a small thing; it’s quite a life change. You won’t mind it if you understand this in advance.

You also may not be able to get your favourite delicacies, or even certain foods you consider basics, such as decent fruits and veg. Medical assistance will also be further away; you might have to go to the next town for a GP and much farther for a specialist’s attention, or a hospital.

If you have children, the first thing to check out before making The Move is schools. The quality thereof, and the distance and time it takes to get the kids there and back will be crucial.

Local communities may be unfriendly at first, but the opposite also holds true; beware the nosy gossips who think you’re the latest soapie in town. Be friendly but not too friendly until you know who’s who and who to beware of. There’s always someone, wherever we are, although I have to say, I haven’t met that person yet.

Don’t move without a job

If you need a regular job and you’re not in the remote work business, don’t move until you have paying work planned. Jobs may be scarce or non-existent and the chances are there’ll be nothing in your field.

Your circle will shrink; so if you’re a gadfly and regular restaurant-going is an essential, lower your expectations. Local restaurants in my experience are pretty poor.

Not only are ingredients harder to get, but you may have to upskill your cooking to enjoy those meals you used to order in.

DIY is a thing

There may be only one plumber, who is a rip-off; an electrician who’s wired the wrong way; and finding IT help or carpet installers can be tricky. That said, there’s usually someone who will come from the nearby town to assist you, although it won’t happen in the hurry you’re impatient for; and, in this instance, it may be more expensive than you bargained for.

Unheard of in cities now, shops actually close at 1pm on Saturdays. Many don’t open at all on Sundays. You can see workers leaving in their droves at 4pm on weekday afternoons. Night shopping doesn’t exist. It’s like time travelling back to the 1970s.

On-line shopping is a must…

… for a lot of needs and wants. Where we’re based, the regular traffic we see, apart from the baboon troop which sashays innocently past, checking us out from the corners of their eyes in the hopes of breaking and entering, is a courier delivering something to someone’s door.

Small businesses flourish in small towns if you have the mix right. In our miniature strip mall is a bakery we’ve nicknamed Tannie MelkTert. The auntie sits and knits between customers. Her milk tarts aren’t cheap, but they’re the best you’ll ever taste. Her little kitchen can’t roll them out fast enough, hot and fragrant from the little oven. And those regular visitors Hubby calls “weekend warriors” all know it. You can scarcely squeeze into her shop on a Saturday for the crowd. Auntie is literally coining it (she prefers cash).

When I hobbled out of hospital on my husband’s arm and we drove home, my mind, my heart and soul had shifted. It was the relief of being alive, of course. But more than that, I was longing to get back to my safe haven, where bush babies cuter than Gizmo the Mogwai live in the verandah ceiling; and only yesterday there were eleven giraffes around the house. Where hyaenas gibber and cackle in the night, and the trumpeting of elephants and honking of hippos reverberates from the river bed.

Not once as I sank thankfully onto my bed did I wish I could go back to our previous life, or the job stress which had contributed to my illness. There was only one “home” and it was where we live now. Yes, we’re beyond lucky and privileged to live in a game reserve. (That it took years of saving, planning and building is another story.)

These days our city friends are visiting us more and more, weary of long hours and low pay and the lethal cost of living. It’s a joy to share the quiet, the bird calls and all the other wonderful visitors, from the mob of Banded Mongoose who scrum over an egg, to the delicate beauty of the antelopes to the comedy of the warthogs.

And finally we are, whether or not it’s a cliché, “living our best life”. Is moving to a small town for you? Only you will be able to tell.