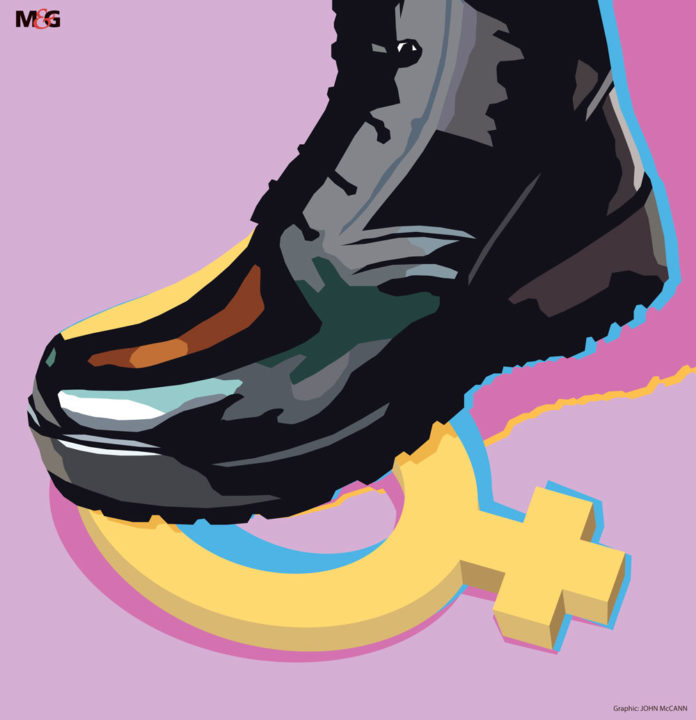 Gender-based violence: The epidemic that will take more lives than Covid-19 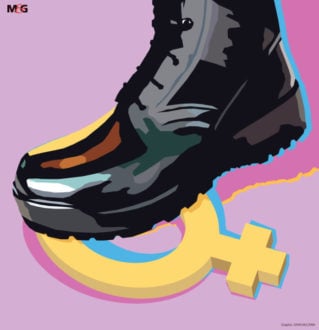 There were 87 000 cases of domestic violence reported to the South African Police Service in 2019. And in the first week of the lockdown, from March 27 to 31, there were 2 300 domestic violence calls made to various social services. Yes, you read that right, 2 300 calls in four days — it must be great to be a woman in South Africa. From personal experience, it’s fantastic — I thoroughly enjoy pretending to be Wolverine with my car keys whenever I walk to my front door at night.

I wish I did not have to think, talk or write about the sexual and gender-based violence that grips our country, but I must. I must, because I will not let it disappear, yet again, into the elevator music on our way up to socioeconomic development — inconvenient, repetitive noise that no one will listen to or advocate for.

With the new gender-based violence policy being drafted and debated after the Total Shutdown marches of 2018 and the subsequent Gender Summit, our president has placed gender-based violence centre stage; however, with the impending economic crisis because of Covid-19, it seems as if our government’s plans for women don’t really go beyond ensuring our participation in the “new” economy. Its silence on the violence reads loud and clear: “Wait your turn, we have more important things to sort out at the moment”.

When the lockdown was first announced, my heart sank, not because I didn’t understand the basic epidemiological principle of physical distancing, but because I did understand the danger this posed to those who live in and rely on abusive households as their primary residence. According to the World Health Organisation, South Africa has one of the highest rates of violence against women in the world.

The relationship between gender-based violence and the home in South Africa is shocking. The United Nations Children Fund reported in 2015, that in South Africa “relatives of victims or intimates commit 34.6% of all rapes, casual acquaintances 26.1%, while 24.4% of victims did not know their attackers. [Sixty-four percent] of rapes occur either at or near the home.” Yet, this is only part of the picture, as a study by the Medical Research Council and Gender Links found that only 1 in 25 women reported rape to the police and 0.3% reported domestic violence. 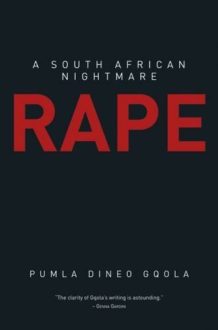 In her book, Rape: A South African Nightmare, Pumla Gqola outlines the histories of rape culture in South Africa. Understanding our history of rape culture is useful because our present has been meaningfully informed by the identity-making violences of our past. We have what Steven Friedman calls a “path-dependency” with our gendered past, a past that  rears its head so violently in our present.

Gqola explains that the formation of toxic masculinities can be traced back to the violence, both structural and physical, used to subjugate and marginalise black identities throughout imperialism, colonialism and apartheid. The maintenance of white power over the public realm came hand in hand with the emasculation and infantilisation of black men, both of which then resulted in the reliance on violence for masculine identity formation. On the white hand, that came with the conservation of power; on the black hand, that came with resistance to power.

The private realm became the centre stage for this violence, as it was at home that these masculine identities played out the affirmation of their toxic selves; it was at home that they could reinstate their power through domestic violence. These same toxic masculinities did not just disappear with the advent of democracy, they morphed, twisted and evolved into different, but related, selves. Their expression may have altered, but their roots have not.

The lockdown proposes a difficult situation for most South Africans: economic collapse and joblessness. It has been suggested that our economic crisis, which is only expected to worsen after lockdown, has contributed to our escalating gender-based violence rate. In a lockdown, this situation could only worsen, as the home is the only stage for identity affirmation. Domestic violence shelters before the lockdown were undersupported and underfunded, and the funding for additional Thuthuzela Care Centres was already hidden in our labyrinth of state capture. Shelters are already reaching capacity and are unable to take on new cases, and the president has not offered us anything beyond condemnation in his addresses to the nation.

Shannon Arnold is an MPhil student in African Studies at the University of the Free State. Her research focuses on security studies, specifically gender-based violence in Southern African countries.