Want to help lions? For real?

Before I kick-off with this, let me state upfront so nobody can miss it: lion breeding in South Africa should be banned. The hunting of lions is clearly out of sync with middle class, Western public sentiment, and increasing their numbers merely exacerbates the problem. Breeding big cats for the gun is something that will go the way of bear-baiting: quaint, terrible and unimaginable. In the short to medium term, we have several thousand lions in private hands who will probably end up in the lion bone trade, because it costs a lot to feed them. We can only hope that the price for lion bone doesn’t reach a point where there’s an incentive to poach lions like rhinos. As it is, we have a lion bone trade now because tigers have virtually been wiped out in the wild.

Now, to the issue at hand. By now, just under 500 000 people have signed a petition asking the South African government to ban Melissa Bachman from entering the country again. Half-a-million people think they’ve done something useful, and that they can go on with their lives because hey, online outrage is so much easier than doing anything meaningful. 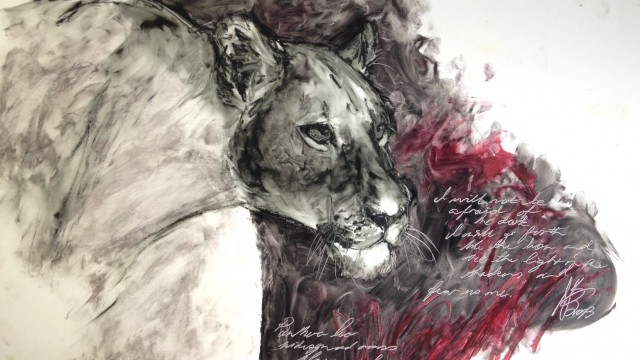 However, if you’re interested in making more than empty gestures, here are some options.

1. Before you do anything, find out about the real issues in lion and big cat conservation.
Understand that the threats to lions (and wildlife) in general are less about hunting – though that’s a problem – and more about habitat loss and the ever-increasing encroachment on wild areas. Hunting is more of a problem in countries like Tanzania where it is not always well-managed. In Namibia, where communities benefited from hunting, the size of areas under conservation has increased.

In South Africa, where, not only are lions being bred for the gun, there are so many lions on privately owned conservation land that they have to be culled, the issues are totally different. Long story short: hunting is good at expanding habitat for wildlife, not as good at conserving individual species where there is a temptation to over-hunt.

2. Donate to Panthera.
This week I put my money where my mouth is and donated $100 to the world’s leading big cat conservation entity. Project Leonardo is devoted to lion conservation in high conflict areas.

3. Put pressure on supermarkets to provide predator-friendly meat products.
Leopards, jackal and caracal are shot as vermin. Demand that the lamb you chuck on the braai was not raised at the expense of cheetahs and other predators routinely accused of killing livestock.

4. Support NGOs that work on predator conservation, not just lions.
The Landmark Foundation does important work to conserve predators outside protected areas. The WWF and Endangered Wildlife Trust do excellent work. If you’re passionate about doing something about rhino poaching, the SAB Boucher Trust (who’ve hosted me on two rhino captures) is well worth supporting. If you love snow leopards (I love snow leopards) then help them out here.

All these NGOs need resources to help big cats and other predators out in the field. Donate instead of spending money on Christmas aftershave gift sets.

5. Consume thoughtfully.
Your greatest power is as a consumer. Every choice you make about the kind of food you buy impacts on the land and how it is used. So make the effort to find out where your food comes from, and make choices that reward producers who are responsible in their stewardship of the land, and punish those who are not by not supporting them with your cash.

6. Get creative.
If habitat loss is a major problem, and you don’t like hunting, start a Kickstarter fund to buy land for conservation (if you stock it with game, be aware that culling will become necessary down the line). Create jobs. Photographic tourism on its own is not enough, and we will have to get to a point where land is privately owned and maintained for conservation as a collective good, rather than an investment for individual financial gain. Importantly, demonstrate to poor people in rural areas that wildlife has value. (Funny how they’ve been almost totally forgotten in this debate, and they’re the ones who ultimately decide whether wildlife has a place in this world.)

If you care about conservation and biodiversity, then do something meaningful. Just don’t think that outrage for its own sake achieves anything for the animals you’re trying to save.