Why do we care about Americans and their guns?

Another day, another mass shooting by a disaffected young man with access to an awful lot of firepower. They seem to happen with depressing regularity in America these days. Naturally, South Africans on Twitter had plenty to say about events in Newtown, and I was no exception (sensing that words become meaningless after a while, I also sketched several responses to the event; they’re the images you see in this post).

I’m just as interested in the way people respond to events as the events themselves — sometimes more so, and I was fascinated by how much discussion revolved around this, and how heated it all got.

Here’s my question: why do we care so much about Americans and their guns?

We don’t live there. We are not directly affected by US gun laws; we aren’t even indirectly affected. And our own gun violence figures are much worse, though we specialise in bog standard criminality rather than spectacular mass killings. Yet we spend considerable time and energy arguing over it on Twitter and Facebook, among ourselves and in the comments facilities of news websites. 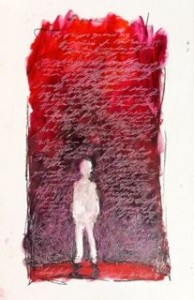 Having tried to make sense of why I care, and watched the debates around me, these are some of the factors I think motivate us:

1. Not controlling civilian access to assault rifles is demonstrably stupid. The Second Amendment at the heart of this debate dates from 1791, when reloading a musket was tedious and difficult. Fast forward to 2012, when it’s possible to fire several rounds a second and causing maximum damage without having to try very hard at all. Can there be any legitimate reason for a civilian living in a $700 000 house in the suburbs to own a semi-automatic rifle, body armour and extended magazines? As one Newtown hunter observed in the wake of the shooting, “We live in a town, not a war.”

2. The gun lobby are racist, sexist, homophobic hicks. OK, maybe not all of them. But it’s pretty obvious that a love of high-calibre weapons is linked to a suite of other issues associated with social conservatism and creepy misogynist Republicans. (Google any gun control debate to see the quality of discussion. It makes news24 comments look civil.) A lot of South Africans I follow were very vocal in our support for Obama during the US elections, so in a sense, this is a continuation of that.

(As an aside, the company that produces the Bushmaster semiautomatic assault rifle is called Freedom Group. Vomit.)

3. We live in a culture saturated with US news and views. Twitter in particular has made the world an even smaller place. As a result, America’s issues feel very familiar to us

It’s an easy issue to mouth off on.

It’s not our problem. Getting angry about something that happens in America is so much easier than having to deal with our own problems. The gun situation is totally different in South Africa, for one thing: as Andrew Trench tweeted the other day, South Africans own 12.7 guns per 100 people as opposed to an astonishing 88 — but 17.03 firearm-related homicides per 100 000 as opposed to just 2.97. This means (as we all know) that most deaths are from illegal firearms and related to crime, a very different proposition from the kind of manifestly unhinged act that reverberated around the world on Friday.

I spent much of my married life sleeping with a gun safe containing six weapons (four hunting rifles, two handguns) in the bedroom. I hated it, but recognised it as a hangover from my ex’s childhood growing up on a farm. And if I lived on a farm in South Africa now, the first thing I’d do is learn how to use a gun. I wouldn’t hesitate to use it either, if I had to.

But that’s not something that Americans in nice suburbs should have to think about, and it’s just astonishing to the rest of us that they do.

Ultimately, the gun control debate speaks to the kind of society I and most of the people I interact with online wish to live in: kind, fair, socially liberal. It’s not one a lot of South Africans actually do get to experience on a day to day basis, but that doesn’t mean we can’t dream about it.

And that, I think, is why we care so very much about Americans and their guns. 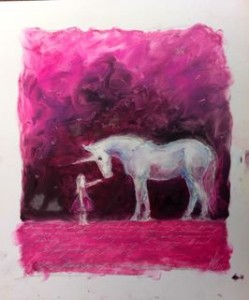