We need an app for the socially awkward

You know the feeling only too well. You arrive at a cocktail to be greeted by a terrifying knot of bodies and a hubbub reminiscent of a shed at Rainbow Chickens. You scan the scene frantically in search of a familiar face, imagining that everyone is laughing at you from behind their glasses of sauvignon blanc. It’s agony, and there’s little you can do about it. 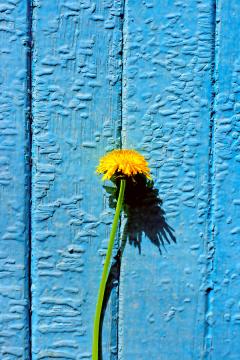 Until now. I was excited when I first read about augmented reality a few years ago. One day, we were promised, there would be apps that would allow us to aim our phones at people and places and pull information about them. We have yet to see this, but it looks like Google will be selling their augmented reality glasses at the end of the year, and this would be a natural fit for socially awkward types accustomed to wearing spectacles anyway.

So I’m really hoping that somebody will develop an app for the socially awkward. I’m thinking facial recognition software linked to a database of information pulled from multiple sources. The app would include built in gaydar and present the user with essential data and user ratings for whoever they’re looking at. A sort of Google Glasses meets TripAdvisor. Ideally, this information would include:

• Name and job title
• Relationship status
• Suburb and car (very important in Joburg)
• Dating track record
• General usefulness for networking
• Type of drunk (happy, aggressive, obnoxious, prone to making promises forgotten when sober etc)
• Hug style (for the prevention of awkward hugs)
• Preferred levels of kinkiness (for the prevention of awkward conversations about… no, you can use your imagination)
• Warnings for douchebag, bore, lush, gold digger, letch and con artist.

Future updates would include an algorithm capable of projecting the likely trajectory of a relationship should you ever become involved with this person, ranging from one night stand, through casual dating, toxic co-dependence, sexless misery, divorce and (in rare cases) happily ever after.

Also useful would be some kind of noise filter or ability to translate the hoarse mouthings that constitute small talk in noisy places. Right now, all we have is the ability to nod at regular intervals in order to pretend that we have a clue about what the other person just shouted into our left ear, and this could lead to all sorts of trouble.

This is by no means an exhaustive least of features. Should take up be widespread, it could potentially change the dynamic of all social events in future. No more chance encounters, no more regrets, and no more awkwardness. Can you imagine?